Did Salman Khan tell Kiara Advani to Change her Name?

Bollywood actress Kiara Advani has revealed that Salman Khan asked her to change her name before making her way into the industry.

"He suggested the change, but 'Kiara' is the name that I chose."

Actress Kiara Advani has said that Salman Khan asked her to change her name before she entered the world of Bollywood.

The actress made her Bollywood debut in 2014 with Fugly and since then, she has become a household name.

On an episode of Feet Up with the Stars Season 2 (2019) hosted by Anaita Shroff Adajania, Kiara made the big revelation.

Not only did she explain why Salman told her to change her name but she also revealed her real name.

She said: “Alia is my first name. Salman Khan suggested me to change it because of Alia Bhatt because there can’t be two actresses with the same name in Bollywood.”

However, the 26-year-old actress added that Salman only advised her to change her name, he had no say in what name to choose. Kiara explained that it was her choice when coming up with the name.

“He suggested the change, but ‘Kiara’ is the name that I chose. Now even my parents have started to call me Kiara.”

While she made her debut in Fugly, it was Kiara’s role in 2018’s Lust Stories where she made her name in the industry. She spoke about how she was cast in the film without even auditioning for the role. 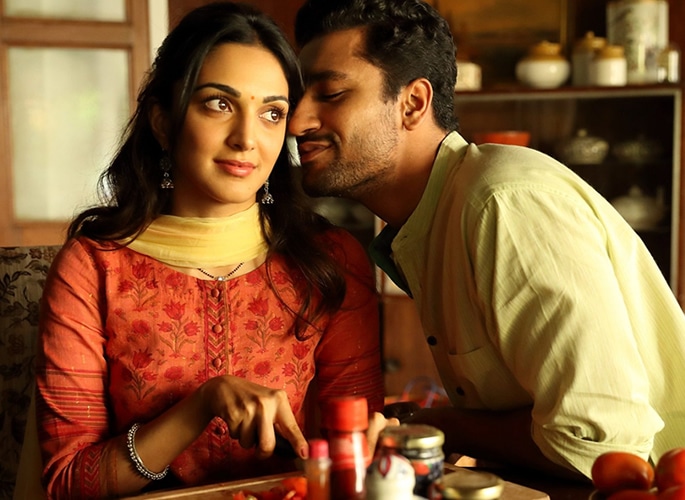 “Karan Johar has an eye for it. He spots a performer and he knows how to get it done.”

“Don’t make it a caricature, just be raw and do it. It’s a funny scene but don’t make it funny.”

On the work front, Kiara has also starred in the 2016 film MS Dhoni: The Untold Story and last appeared in Kalank, which became the highest opener at the box office of 2019.

Kiara will next star alongside Shahid Kapoor in Kabir Singh which is an official remake of Telugu blockbuster Arjun Reddy.

The film is directed by Sandeep Reddy Vanga and is set to be released on June 21, 2019.

Dhiren is a journalism graduate with a passion for gaming, watching films and sports. He also enjoys cooking from time to time. His motto is to “Live life one day at a time.”
20 Best Pakistani Film Actors who Made Their Mark
Shibani Dandekar Bikini Pic taken by Farhan Akhtar