Dentist ‘used’ Patient when he Wined and Dined Her

A female patient has accused her dentist of using her after he wined, dined and had sex with her just hours after he treated her.

"My dentist used me and got rid of me."

A tribunal heard that a Harley Street dentist wined and dined his female patient at the Savoy before having sex with her in her hotel room just hours after treating her.

Dr Sahil Patel twice met up with Patient A at a pub after providing her with his mobile phone number.

On November 1, 2019, he took the patient out to dinner at the Savoy after completing her veneer treatment.

The General Dental Council heard: “They carried on drinking until after midnight when the dentist said he could not get home ‘as there are no underground trains’.”

Dr Patel then went to her hotel room across the street and had sex with her.

However, she denies pursuing Dr Patel and said she “did not send him any messages that were proactive”.

She said: “I never once asked that man out or did anything to spur him on. I did not ask him out.

“He had lied to me about the train to get into my hotel room. No part of me was leading him on. I did not send him any messages that were proactive.”

Asked by Dr Patel’s counsel if she was “at least equal in making the running” for their dates, she replied “absolutely not”.

Concluding her evidence, Patient A added: “My dentist used me and got rid of me. I was shocked. His behaviour was rotten.”

The patient had told Dr Patel that she would be in London in October 2019 and suggested they could meet up.

She said: “He said he wanted to take me out.”

She described emails from Dr Patel as probing into her life.

They had a mutual interest in property development and their meetings were not of a sexual nature.

She said that after they met at a pub she understood to have been on a date with the dentist.

“When he asked me out it was a date. He said he had to keep it quiet as he was a dentist. I was very flattered and very happy.”

Patient A was repeatedly accused of flirting with Dr Patel but she insisted that it was not the case.

On September 27, 2019, Dr Patel emailed the woman his phone number and they went for a drink. They met again on October 3, he kissed her and the Savoy date was arranged. 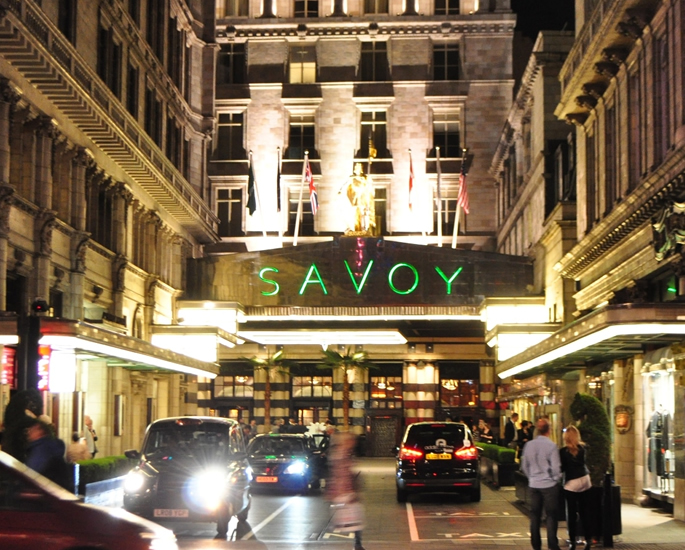 Sam Thomas, for the GDC, said: “On 1 November 2019, Mr Patel the registrant dentist had sex with patient A.

“She had travelled from the south coast where she lived to London to make an appointment with the registrant on 1 November.

“This was the third of three appointments in order to have veneers placed on her teeth.

“The appointment on 1 November finished at approximately 3 pm and at 7:15 pm on that same day the registrant and Patient A met at the Savoy Hotel.

“They are at the restaurant and they moved to an adjacent bar where they drank until after midnight.

“The pair then went across the road to a hotel opposite the Savoy and had sexual intercourse.”

Dr Patel’s lawyer raised the issue as to whether Patient A was a current patient.

As she was due to be seen in 12 months time for a review and that the treatment had a five-year guarantee, the council said she was a current patient.

Mr Thomas said: “Consequently, the council say that she was a current patient. The other issue then for you to consider is at what point the registrant Mr Patel’s actions became sexually motivated.”

After her second appointment on September 18, there was an exchange of emails.

Dr Patel gave his phone number to the woman on September 27.

Mr Thomas added: “The issue with you becomes when he provided that personal telephone number to patient A was that sexually motivated and in due course.”

The dentist admitted kissing the woman but insisted that it was on the cheek.

It is alleged that his actions were “sexually motivated” and that he could face a ban if the panel finds his “fitness to practise is impaired by reason of misconduct”.

Dr Patel has worked at the Harley Street practice since September 2016.

According to the website, he “established himself as a leader in cosmetic dentistry, and his wealth of experience has included creating the smiles of several reality TV personalities, Members of Parliament, professional athletes, and social media influencers”.

Dr Patel accepted that he slept with the woman but denies she was a patient at the time.

He also denies telling her he could not get home because there were no trains.

Dhiren is a journalism graduate with a passion for gaming, watching films and sports. He also enjoys cooking from time to time. His motto is to “Live life one day at a time.”
Man jailed for Stabbing Rival in Neck over a Feud
The Asian Media Awards 2020 Winners