Incredibly talented Danish Wakeel is a British designer, model and actor. A regular face on London’s Fashion runways, Danish has taken his flair for design to international crowds with his new collections.

"I want to be a role model for individuals of all ages and backgrounds."

Danish Wakeel has been taking London by storm as a model and actor, and now as a designer hitting international shores.

Based in London and originally of Pakistani origin, Danish has in recent years, with passion and zeal, continued to carve a softer and a more progressive image of Pakistan.

With his magnetic charm and looks, he makes men in London marble and women dissolve. 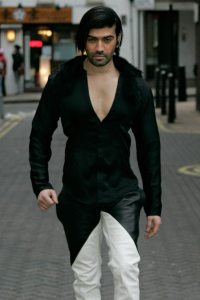 Behind his daring macho image he is gentle and romantic but also ambitious and determined for success.

Being a model, fashion designer and actor, Danish has also ventured into films for his couture collections.

He has been featured in various International publications and media for his creative endeavours, including OK! magazine (Pakistan), Vogue, and Tatler to name but a few.

Danish Wakeel’s break into the world of London fashion came about when he was discovered in one of the West End clubs in London by a fashion journalist.

Soon after, the doors of the fashion world opened and virtually invited and embraced young Danish Wakeel with open arms.

A complete contrast to Danish’s original passion, he initially studied Commercial Engineering in the hope of becoming a commercial pilot. He successfully completed his first degree at City University in London, but this quickly changed into a different career path.

He has successively modelled for London Fashion Week, The Clothes Show (Birmingham) and Pakistan Fashion Week. He has also endorsed endless Asian designers and ethnic wear brands in the United Kingdom, bringing them into mainstream fashion.

While modelling part-time, Danish’s passion grew further in the fashion sphere, and this time he took his creativity and talent into designing trendsetting fashion. 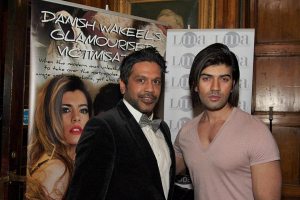 He completed his second degree in Fashion Design from London College of Fashion and later his Master’s Degree in Menswear Design from the University of Hertfordshire.

Aptly qualified, Danish as a model or as a fashion designer has become equipped to communicate and celebrate his diverse inspirations and fuse them into his craft and his design collections, whether this be East or West.

His collaborations with various TV Channels in London have fruitfully intensified his image as a fashion icon.

When asked about his rising success, he says: “It seems like a dream, a whirlwind. Starting off with Commercial Engineering and then into Fashion. It was like it was destined for me. I want to be a role model for individuals of all ages and backgrounds.

“It doesn’t matter how old you are or what you are do. If you follow your dreams and have the passion, it can be achieved. I myself am living proof of this. I am also very humbled that the industry has embraced my creativity.”

Currently, the young designer is working on his new collection, which will be exhibited during London Fashion Week in February 2014. The press and his many followers await with great anticipation and are looking forward to the stunningly creative outfits and designs that will be exhibited.

Having featured in Vogue and Tatler, Rosemary has won numerous beauty titles. 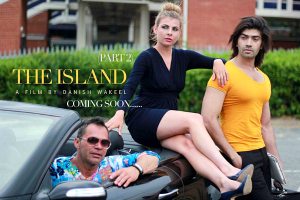 When asked of other international plans and ventures for his new and exciting collection, Danish says:

“I’ve always released a collection during London Fashion Week. Now I have started film making and incorporating my designs. I have international plans in Pakistan, India and UAE, also looking into the USA market too. But will reveal all soon.”

The world is truly Danish Wakeel’s oyster; from modelling, to fashion designing and now the exciting prospect of directing and acting, Danish is the perfect example that hard-work and dedication truly pays off.

DESIblitz will continue to monitor and track this young creative British talent, who is successfully breaking the mould and uniting Eastern and Western fashion all over the world.

Savita Kaye is a professional and hardworking independent woman. She thrives in the corporate world, aswell as the glitz and glam of the fashion industry. Always maintaining an enigma around her. Her motto is 'If you got it show it, if you like it buy it'!!!
Bollywood Celebs and their Favourite Designers
Priyanka Chopra at GUESS in London