A father and his son have been accused of controlling lives. They were allegedly controlling to the wife and daughters of the household.

"They can marry whoever they wish, but I want nothing to do with them."

Salamat Khan, aged 63, and his son Abbas, aged 34, have been accused of “controlling lives.”

A court heard they inflicted a campaign of controlling psychological abuse upon their family after two of his daughters refused to enter into arranged marriages.

Salamat had already married off three of his daughters to selected spouses but he “cast out” two of his other children when they married men he did not “approve of.”

Between December 2015 and June 2018, the father-of-nine said the two rebel sisters were “dead to the family.”

He also vowed to instil a traditional upbringing on two other unmarried daughters who wanted to follow a westernised lifestyle.

Salamat refused to let Madina and Maryha Khan go out and meet their friends. He made them cook and clean for him.

He also demanded properties in the names of female relatives to be transferred to him and Abbas.

Abbas had insisted that the two sisters were not welcome in the family home saying: “They made their choices.”

Police went to their home in Oldham after a violent argument broke out. Abbas demanded one of the properties be transferred to his name, so he could facilitate his own wife emigrating to the UK.

During the row, Salamat’s wife Zahida Begum was allegedly pushed by Abbas with such force that it caused a cabinet to fall off the wall.

Officers spoke to Salamat about his two daughters and he said:

“They can marry whoever they wish, but I want nothing to do with them.”

Manchester Magistrates Court heard how Salamat and Zahida moved to the UK from Pakistan in 1979.

Three daughters, Nasreen, Nasir and Zadine, all had arranged marriages in Pakistan.

However, Bushra and Ishiat married men who were not “arranged” for them.

As a result, Madina and Maryha would stay in Pakistan for long periods where no plans were made to sort out their education.

The eighth daughter is disabled.

At the hearing, Mrs Begum explained that Bushra and Ishiat got married by choice. Because they were not arranged, they did not attend the two weddings.

“He doesn’t allow me to meet up with her, but I can speak to her on the phone.”

Mrs Begum said that she wanted to go to her daughters’ weddings but her husband would not allow it.

“There’s been many arguments about the transfer of names for the property. My husband would accuse me of seeing other men when I went out to visit my daughters.

“I don’t have a lot of friends, my daughters are my only friends. My husband doesn’t help with household duties. My son used to help but he doesn’t anymore.”

Mrs Begum told the court how her other daughters Maryha and Madina are not allowed to go out. She added that her husband and son would threaten violence. 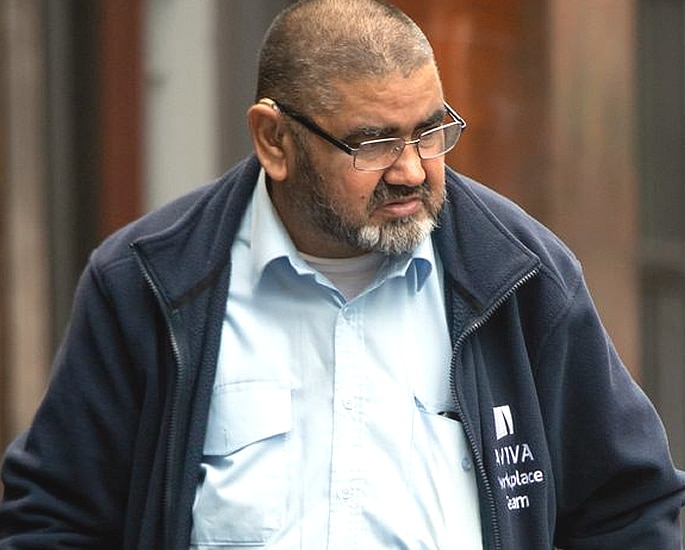 She stated that on June 17, 2018, there was an argument over property.

“They were demanding me to transfer to name over. They called me and my daughters ‘b*****s’.

“My daughters went upstairs but my son and husband went up after them. My son then grabbed my arms and pushed me into the cabinet and it fell off the wall.

“My son was being very aggressive. He pushed me and he was quite forceful.”

Madina Khan, aged 21, said that while she was educated in England, she spent a lot of time in Pakistan and this made it difficult for her to catch up at school.

She said: “However my role was staying at home, cooking and cleaning. My dad could have done it but he didn’t and that’s why I did it.”

Madina explained that she was not allowed to socialise with her friends outside of college. If they invited her out, she would make excuses as she knew Salamat would say no.

“My sisters did date their husbands, but it was a secret and my dad didn’t know about this. My dad and brother didn’t approve.

“I went to Bushra and Ishiat’s weddings but I didn’t ask for permission to go. My brother wouldn’t let me go.

Madina said that her father and brother eventually found out and they became angry. They had said no one was allowed to contact them and said they were not welcome.

Madina added that she goes to see her sisters but is scared that her brother or father may follow her.

“My brother used to follow me when I finished work. I told my dad and he didn’t say anything to him, he didn’t tell him to stop.”

Madina spoke about the incident about the property transfer.

She said Abbas was shouting at her mother and went to punch her but she deflected it and that was when the cabinet fell down.

Madina was crying for it to stop and she felt her brother would become violent, especially because he threatened to kill her on numerous occasions.

The prosecutor Alan Bakker explained that Bushra and Ishiat were considered “dead to the family”.

He said: “The mum was piggy in the middle as she wanted her daughters to be happy. She wanted them to fall in love with the man of their dreams, get married and be happy, and she supports the fact her daughters wish to have a more westernised lifestyle.”

Mr Bakker said that Salamat was asked by police about whether or not his children can marry who they wish.

“He said that they can marry whoever they wish to but he would want nothing to do with them. He said he no longer speaks to his two daughters.”

Salamat told the court that he and his son have been wrongly accused by his wife and daughters.

He said that when he went to Pakistan, they were planning the marriage. When he found out, he could not do anything about it.

Salamat then claimed: “When I heard about all those things I had a heart attack and I was in hospital.”

The father then said that he has no objections towards his daughters marrying who they want.

“But when I found out Bushra and Ishiat had married, I was upset and was crying for it. They spit in my face and they didn’t even tell me about it.

“It was shame and I was concerned about my status. I don’t know why they didn’t tell me.”

Dhiren is a journalism graduate with a passion for gaming, watching films and sports. He also enjoys cooking from time to time. His motto is to “Live life one day at a time.”
Indian Journalist ‘Beaten’ by Cops who ‘Urinated’ in his Mouth
Building Society Worker stole £105k from Elderly & Cancer Patients