Dad killed protecting Wife and Son on Holiday in Thailand

Amitpal Singh Bajaj was choked to death by a neighbouring guest after a fight while on holiday with his family at a hotel in Thailand.

"I could still hear him screaming. I didn't want to be attacked."

A loving father, Amitpal Singh Bajaj, aged 34, from Southall in west London, died protecting his family in a fight with another hotel guest in Thailand.

The fight started at about 4.00am at the five-star Centara Grand Hotel on Karon Beach in Phuket on Wednesday, August 21, 2019.

The other guest, Roger Bullman, aged 53, reported as a Norwegian national from Oslo barged into the Bajaj family room and attacked Amitpal.

Phuket police reported that this was after Bajaj confronted Bullman, who was drunk, over the amount of noise coming from his room next door. It’s alleged Mr Bajaj carried a steak knife with him.

Police said Mr Bajaj asked Mr Bullman to keep the noise down after he had been warned by hotel security twice about the noise coming from his room.

However, according to a Sikh Press Association statement released by Amitpal’s wife, Ms Bandhna Kaur Bajaj, also aged 34, this was not the case and the attack on her husband happened solely in their room.

Ms Bajaj recalled the attack being present and said she, her husband, and their two-year-old son, Veer Singh, were on holiday at the resort in Thailand.

In the early hours of the morning of Wednesday, while sleeping, they “heard loud noises from the adjoining room (room 344).”

“The noises woke up Ms Bhandna up as they were loud and she also heard screaming of a woman and voices of a man.”

Whilst thinking it was “a domestic issue” and being “shaken and concerned” she “went back to sleep as they were leaving in the morning” and “they did not want any confrontation”.

Then, according to Ms Bajaj:

“Close to 4am, loud noises and banging started coming from their folding panel balcony door, which separated both rooms.”

She was terrified and woke her husband, Amitpal, up “who confirmed someone was trying to open the balcony door”.

Her husband told her to call security and “she called the hotel reception desk to ask for emergency help” and this was “the first call she made for help”.

No help from security arrived and they found that “the banging on their door grew more ferocious” so she called for help again.

As soon as she hung up the call, Mr Bajaj says:

“A fully-naked big-built Caucasian man, who we now know to be the accused – 53-year old Norwegian man Roger Bullman barged in and stormed aggressively towards Mr Amitpal.”

This was the first time they ever saw Mr Bullman.

“He barged into our room. He just started charging at my husband.”

“And we wanted to make an exit but he just came running, hitting my husband.  And my husband tried to block the man and move me and my son away.

“As the man was kicking, punching and just, beating him up, my husband told me to please leave and save our son. He said, ‘Please just go, go, save Veer’!”

At that point, she said she grabbed Veer Singh and left their room towards the lift.

“Mr Bullman was at this point shouting out to her asking her where was she going.

“As she turned around to look, she saw her husband fall to the ground in the corridor outside the hotel room door.”

Ms Bajaj then ran down the exit staircase and with her son and hid under a tree near the spa on the ground floor.

“I asked the reception to please make sure someone attends to my husband. Please give him some medical help, I’m very scared, I’ve escaped!

“I could still hear him screaming. I didn’t want to be attacked.”

She managed to get to the hotel lobby where she again “urged the hotel reception to get someone to help her husband”. 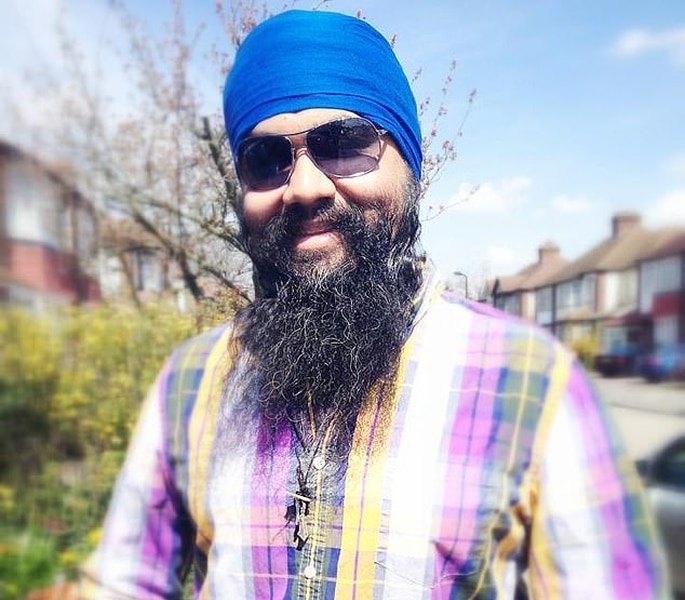 Maj Ekkachai from the Thailand police said during the fight:

“Mr Bullman had Mr Bajaj in a chokehold and continued to choke him.

“Mr Bullman had previously been trained in martial arts, but he said he did not attempt to kill Mr Bajaj. He didn’t think that Mr Bajaj had died.”

An ambulance was called to the hotel and they took Mr Bajaj to Patong Hospital where he was confirmed dead from asphyxiation.

Mr Bajaj reacting to the death of her husband said:

“My husband sacrificed his life to save my son’s life and mine. He will always be our hero.”

Mr Bajaj and his wife were celebrating their 10th wedding anniversary whilst on the holiday in Thailand.

Mr and Mrs Bajaj met each other when they were 18 at a friend’s wedding.

Mr Bullman was arrested and charged with manslaughter and trespass by an act of violence. 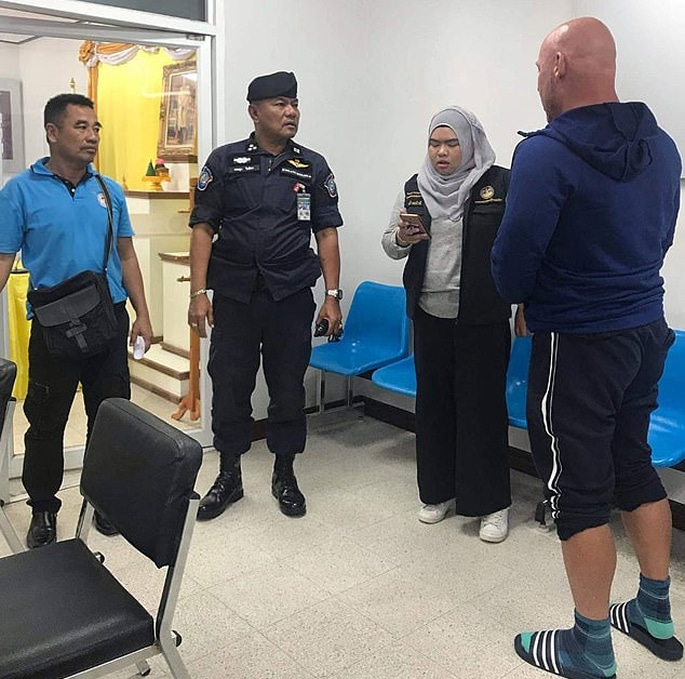 A spokesman for the UK Foreign Office said:

“We are supporting the family of a British man following his death in Phuket, and are in contact with the Thai authorities.”

Mr Bullman has been released on bail but must now stay in Thailand until the charge against has been heard in court. He faces up to a maximum of 15 years in jail if he is found guilty.

Nazhat is an ambitious 'Desi' woman with interests in news and lifestyle. As a writer with a determined journalistic flair, she firmly believes in the motto "an investment in knowledge pays the best interest," by Benjamin Franklin.
Indian Man kills Sister-in-Law after Scuffle at Water Pump
Man who had £40k BMW Stolen has Porsche Vandalised