Cost of Food & Drink in India vs United Kingdom

There are many instances of the same food and drink available in India as in the UK, but do they cost the same? We compare costs in India vs United Kingdom.

Fanta is cheaper in the UK and you get 500ml more!

We all know that the cost of living in India is different to the United Kingdom.

One thing enjoyed by Desi people no matter where they live is food and drink.

Western fast food outlets in India are expanding across the country at a dramatic rate and so are brands bought in supermarkets in the west also hitting the shelves of stores in India.

So, with India becoming more westernised and introducing more and more brands into their lifestyle, we thought it would be very interesting to compare the cost of food and drink we can buy in both countries.

And see what the difference is or not. So, let’s compare. 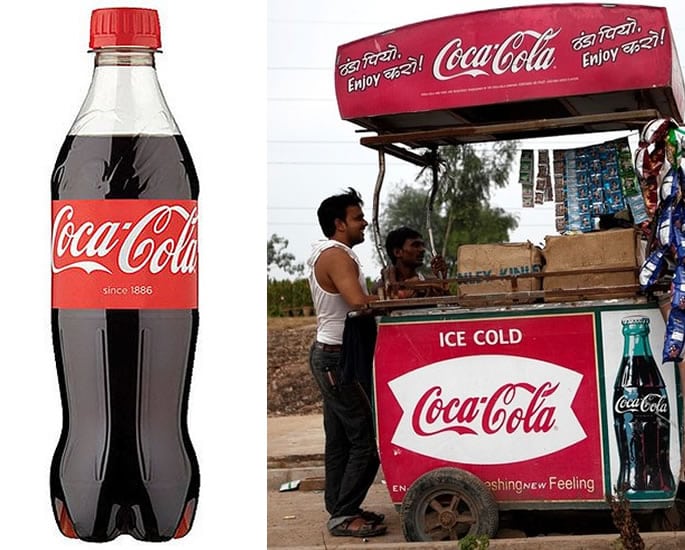 Coke is a drink that is consumed around the world and is a highly established worldwide brand.

A soft drink that was invented in the 19th century, it contains two core ingredients kola nuts (a caffeine source)  and coca leaves. Hence, the name Coca-cola.

It is a drink that is definitely popular in both India and United Kingdom.

The cost comparison shows that Coke is certainly costing a lot more and for less too in the UK! 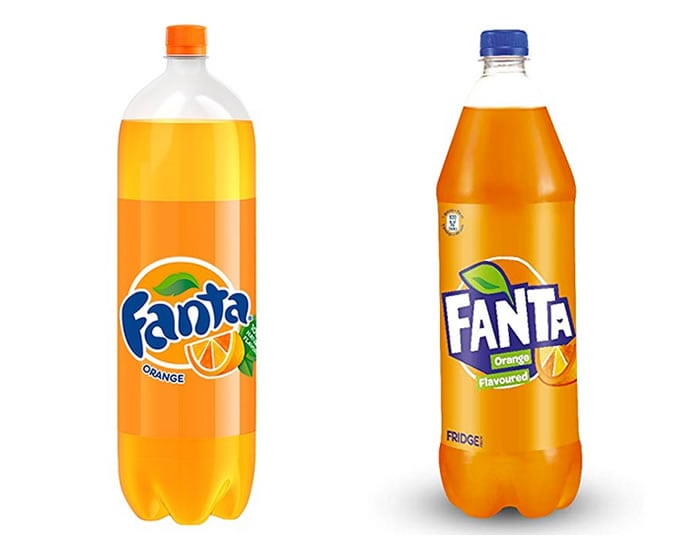 Fanta is another beverage that is very popular in both India and the UK.

It has more than 100 different flavours worldwide with orange being the most obvious one for most people.

It was actually created by the German Coca-Cola (GmbH) bottling company during World War II in Nazi Germany.

It’s a soft drink consumed a lot in the UK and India.

It is a well-known brand of soft-drink in India which has been available in the country since 1993, especially the ‘orange’ drink.

This cost comparison shows that actually, Fanta is cheaper in the UK and you get 500ml more! 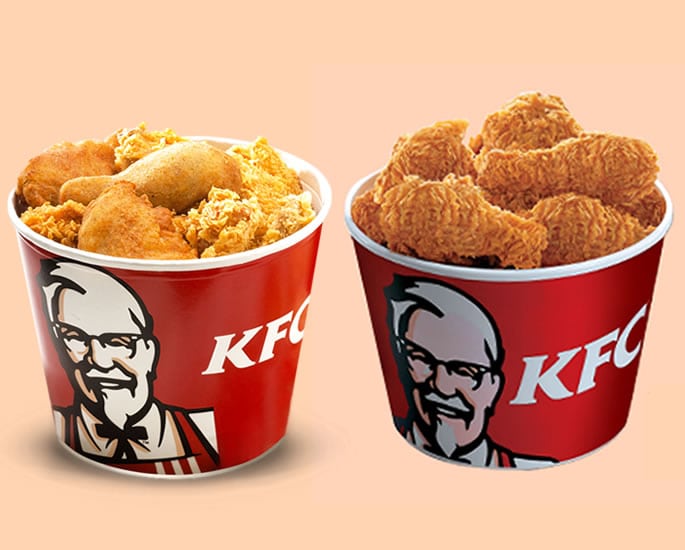 Kentucky Fried Chicken is a fast food outlet which originates from Kentucky in the USA. It specialises in fried chicken.

Today it is available across the world in over 100 countries.

In India, KFC first opened in Bangalore in June 1995. From 30 outlets it has now expanded to over 295 across the country.

Specifically, in India, it does offer some good vegetarian choices too, including the Veg Zinger, Veg Rice Bowlz and Veg Strips.

The KFC bucket is a popular menu choice for many customers due to the value for money it offers in both India and the UK.

In India, the bucket comes in two flavours – Hot ‘N’ Crispy and Fiery Grilled, manly drumsticks. Whereas, in the UK the bucket tends to have a mixture of chicken made to the standard KFC recipe.

The cost comparison shows that while India’s is more than half the price, the UK includes two more pieces of chicken and four portions of fries. 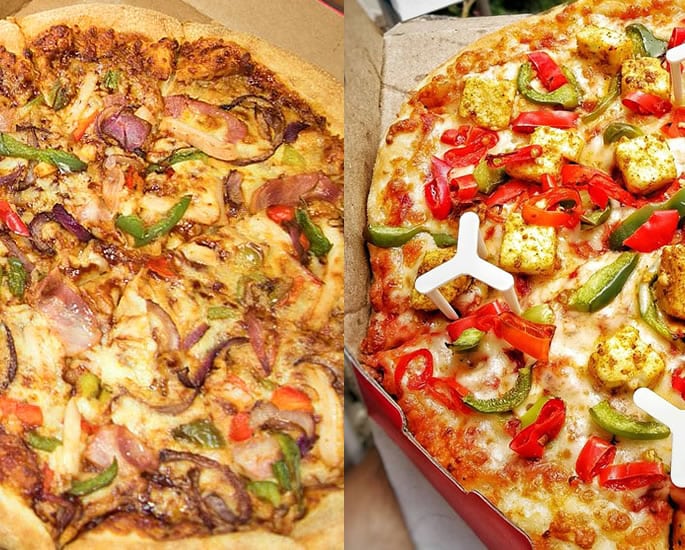 A fast food franchise that originates from Michigan in the United States where their sole focus is pizza.

Recently, India has begun opening Domino’s across the country. The first was opened in Delhi in 1996.

It is now Domino’s third largest market, behind the United States and the UK.

Therefore it is an extremely popular takeaway food in India.

The cost comparison shows that a large dominos pizza is significantly cheaper to buy in India than in the UK! 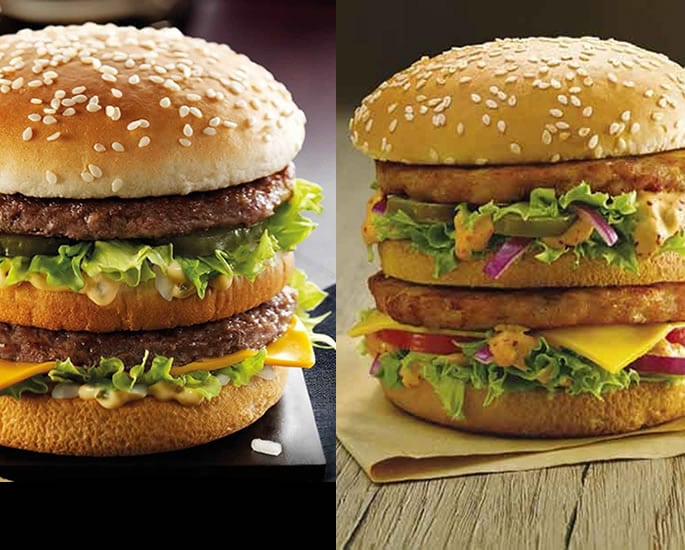 McDonald’s is the largest fast-food chain in the world with 35,000 outlets across 119 countries.

It began in 1940 and founded by Richard and Maurice McDonald in California in the United States.

They sold the company to Ray Kroc, who made it into what it is today.

The company also partnered with several entertainment companies and became the largest distributor of toys, through ‘Happy Meals’.

Although their signature sandwich is the ‘Big Mac’, in India, it is called the ‘Maharaja’.

The ‘Maharaja’ substitutes beef for chicken or vegetable patties.

The cost comparison shows that for the same meal, it is much cheaper in India than in the UK. 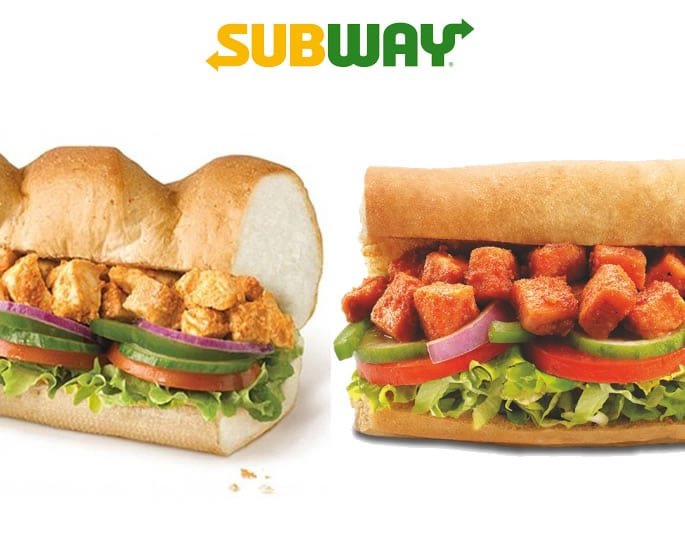 Subway has over 42,000 restaurants in 107 countries where the main food that they sell are submarine sandwiches.

They come in two sizes: footlong or six inches.

India has some different sandwich options compared to the UK, both vegetarian and non-vegetarian.

They include Chicken Kofta, Paneer Tikka and Vegetable Seekh just to name a few.

It is a popular place to eat in India and the rest of the world with 7.6 million sandwiches eaten daily.

The cost comparison shows that the sandwich in India is over half the price less than the same sized sandwich in the UK. 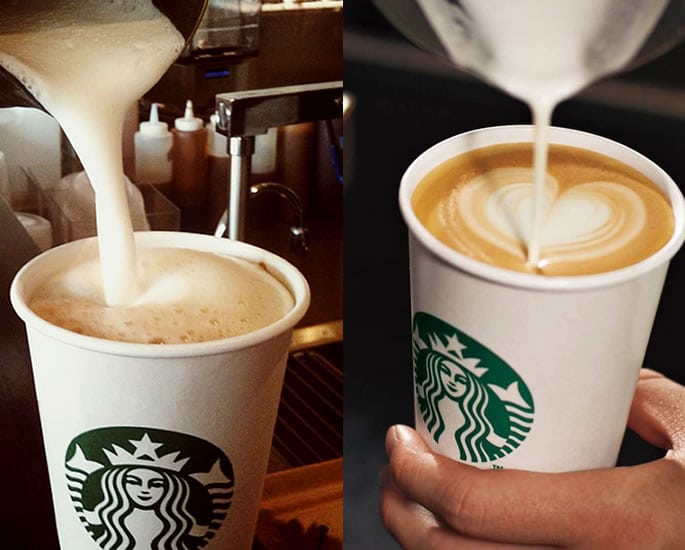 A more recent brand as it was founded in 1971 by Jerry Baldwin, Gordon Bowker and Zev Siegl.

The Seattle based company is the largest coffee company in the world.

Starbucks has more than 23,000 stores across 64 countries.

Twelve thousand of those stores are located in the United States.

They are known for their hot and cold beverages but also serves snacks.

The products in India and the UK do not vary as much as other restaurants on this list.

So what are the costs for a Cafe Latte?

The cost comparison shows that a Cafe Latte at an Indian Starbucks is much cheaper than one in the UK.

A packet of Walkers/Lays Crisps 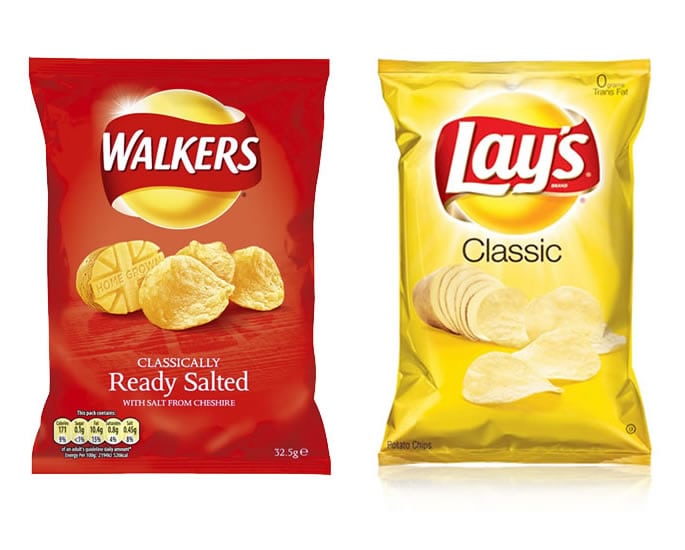 Although one was founded in the UK, the other in the United States, both are owned by the same company.

In 1989, Walkers was acquired by Lay’s owner, Frito-Lay, a division of PepsiCo.

They specialise in making crisps and is popular all over the world.

Walkers are popular in the UK.

Lays are available to those in India.

The cost comparison shows that the crisps in India are much cheaper than the UK and contain more inside the packet. 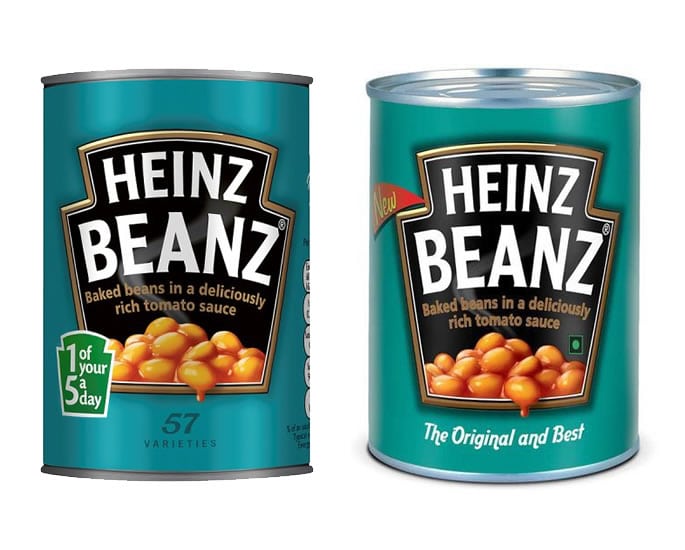 Heinz is the leading maker in baked beans and was founded in 1901.

The factory in Kitt Green, Wigan is one of the largest food factories in Europe and produces over 1 billion cans every year.

Heinz expanded it’s operations to India where they have a factory in Manzurgarhi and Uttarakhand.

This means that Indian people can enjoy baked beans as well as those who have had it for a long time in the UK.

The cost comparison shows that a tin of beans is actually cheaper to buy in the UK than in India. 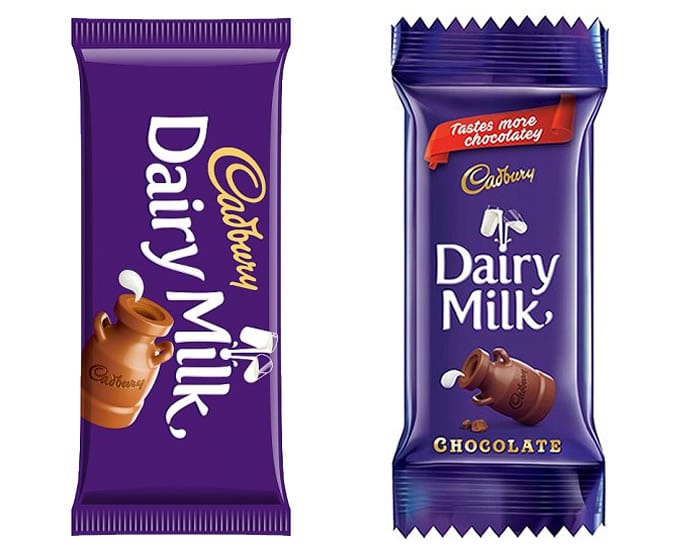 The leading chocolate bar brand in the UK.

It was introduced in 1905 and every product is made with exclusively milk chocolate.

Cadbury has a huge fan base in India and the chocolate bars are a success there.

Today Cadbury holds 70% of the market share of the chocolate industry in India.

This means that many people in India can enjoy Cadbury’s dairy milk chocolate.

The cost comparison shows that buying a chocolate bar in the UK is almost £1 more expensive, but you get more chocolate.

These are just 10 of hundreds of food and drink items that can be bought in the UK and in India.

It is interesting to see the varied prices, but it is also good to see Desi people enjoying food and drink that has been available in the UK for a long time.

Most of the items are more expensive to buy in the UK due to the cost of living being different in both countries.

As time passes, more and more items will become available in India that already exists in the UK.