Amandeep Singh is better known as the ‘Steelman of India’. He recently completed 11 incredible stunts as part of a world record attempt. DESIblitz explains.

Amandeep Singh is nicknamed the ‘Steelman of India’, and rightly so!

Amandeep Singh, from Kurukshetra, Haryana, is aiming to enter the official Guinness Book of World Records.

After beginning to learn martial arts at the age of seven, the ‘Indian Steelman’ is now hoping to break 50 separate records and become the world’s strongest man.

Unbelievably, Amandeep exists on a purely vegetarian diet. He trains for several hours and each day and shows exactly what can be achieved without meat.

He has already performed more than 2,000 dangerous daredevil stunts and has been on various Indian TV talent shows. You can see some of his most amazing stunts below!

In a video that’s gone viral, the 34-year-old is seen doing incredibly bizarre stunts in a world record bid.

As you will see from the clip, his immense strength is undeniable. Amandeep Singh lifts two motorbikes and breaks 53 glass bottles in a row with his bare hands.

Disturbingly, he is also struck between his legs several times by a sledgehammer. Amandeep Singh quite literally has balls of steel.

But that is not all! The ‘Steelman of India’ also completes several other stunts which are quite terrifying to watch, let alone to carry out.

This is certainly one of the craziest ever world record attempts, but what do you think? Please be advised that none of this should be done at home. 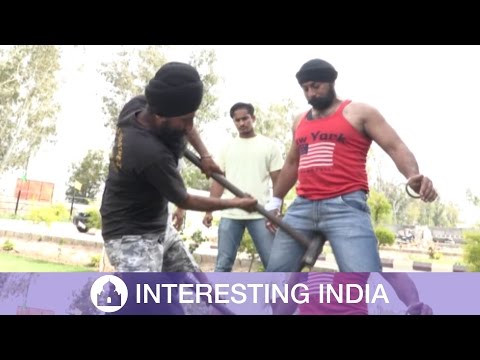 Amandeep Singh is now waiting for Guinness World Record officials to verify his attempts. An announcement is soon due to be made on whether he was successful.

Do you want to see more? Well if so, there’s also an extended clip in which you can see even more wacky stunts by Amandeep Singh.

In this video, you can see him lift and carry a man using just his teeth as well as see men jump from a ladder onto the ‘Indian Steelman’.

You can also see more of his battles with motorbikes and cars, while also seeing him being struck by metal rods, wood, hammers, and fists. 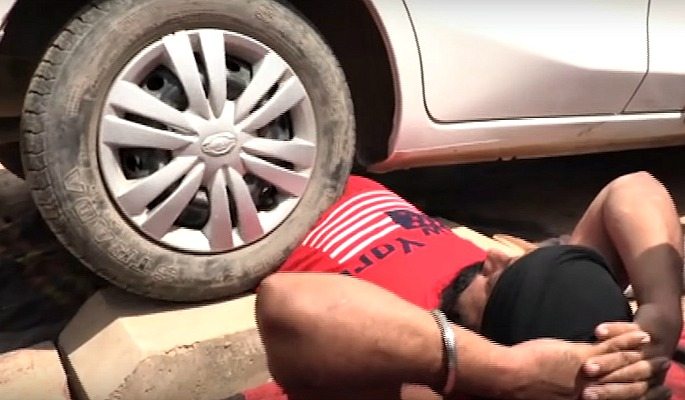 ‘Steelman of India’, Amandeep Singh, even challenges his spectators to hit him, but there’s a condition. He says: “Bring a hammer from your home and hit me on my chest. If [you] hit me ten times, [you’ll] have to endure a blow of mine.”

Click here if you want to see the extended clip of Amandeep Singh’s stunts.

Amandeep Singh ~ The ‘Steelman of India’

Amandeep Singh gained his ‘Steelman’ title after competing in the 2009 Mr. Singh International.

The competition, which took place in Amritsar, India, featured around 15,000 participants, but it was Amandeep who stood out.

The ‘Indian Steelman’ hopes to represent India at international level in the future. He is currently undertaking UFC training and hopes to appear in a competitive match soon.

“I was easily lifting a man and a bike so I thought why not push myself a little. After such rigorous training, I don’t get hurt [and] I can do more than 3000 types of stunts. My dream is to become the world’s strongest man and make my nation proud. I also want to become a UFC world champion.”

And Aman thinks that the ‘Indian Steelman’ is more than capable of becoming a UFC champion. He says: “If he enters UFC he has a very high chance of becoming a champion because of his ability to withstand pain from heavy blows!”

Amandeep and his team have appeared in various Indian TV shows. 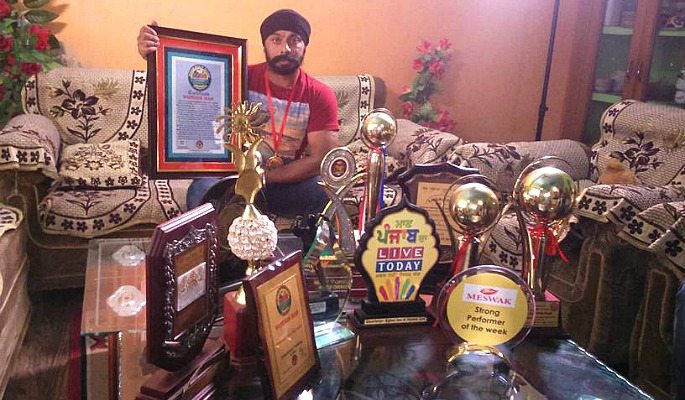 In 2013, they performed live in front of Akshay Kumar and Sonakshi Sinha. They were crowned the winners of the Akshay Kumar Show.

Amandeep Singh was also the winner of the Big Celebrity Challenge in 2015 while being a finalist in the Sony TV show, Entertainment Ke Liye Kuch Bhi Karega.

Click here if you want to see more of Amandeep Singh’s breath-taking stunts on his YouTube page.

You’ll be able to see clips of some of his live performances, and him pulling a truck with his mouth. Wow is simply an understatement for the ‘Steelman of India’.

If you want to keep right up to date with Steelman Amandeep Singh, you can also like his Facebook page.