Samiualahq Akbari was convicted at the Old Bailey for a murder attempt on a man after saying that he wanted to “kill English people”.

"the actions of Akbari are nevertheless concerning."

Samiualahq Akbari, aged 32, of Thorton Heath, South London, was convicted of a murder attempt on July 5, 2019, after he attacked a man with a knife.

He was found guilty following a week-long trial at the Old Bailey.

The court heard that Akbari phoned his cousin while heavily drunk at 8:45 pm on January 8, 2019.

He told him that he wanted to “kill English people” before going into three different establishments looking for someone to harm.

After the conversation, his worried cousin went to Thorton Heath to check on Akbari. They both went to a fast-food restaurant and while Akbari was inside, his cousin contacted the police.

Akbari ran off when his cousin attempted to persuade him to go home. Offices soon arrived and a search was on to trace Akbari.

The man entered a kebab shop on London Road and approached two customers asking them where they were from.

When they did not answer, Akbari went behind the counter and took a large knife which he brandished in a customer’s face.

He then left the shop armed and entered the Plough-on-the-Pond pub. He asked a group of customers where they were from before lunging at them with the knife. 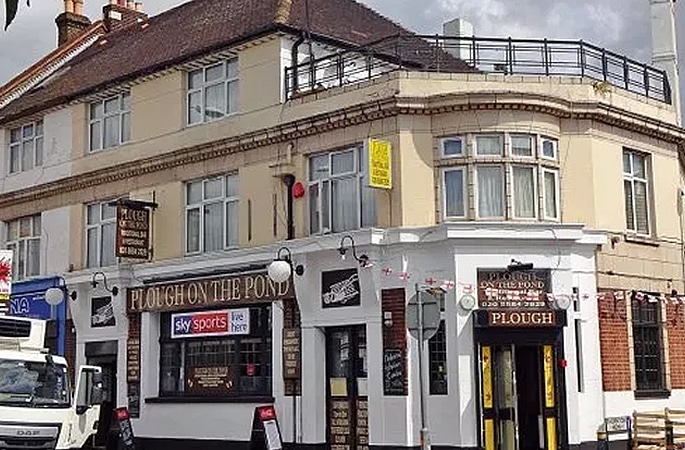 The group were able to defend themselves so he backed off and left.

Akbari then went into Tesco and approached a customer. He asked the man where he was from and when he learned that he was from the UK, he charged at the victim with the weapon.

The victim was able to avoid the knife by jumping backwards. Akbari soon left the shop with the knife after a brief struggle.

Officers shortly arrived at the supermarket and spotted Akbari nearby. He ran off but was quickly detained at a nearby residential garden.

He admitted to the affray charges and one count of threatening another with an offensive weapon.

Leading the investigation was Detective Sergeant Tim Conroy who said:

“Whilst there is nothing to suggest an extremist mindset, the actions of Akbari are nevertheless concerning.

“It is clear that he intended to cause serious harm, or worse to members of the public and sought to identify their nationalities in order to target them.

“It is only through the quick actions of those targeted that thankfully no one was seriously injured.”

“The whole incident was over in less than 10 minutes and the actions of response officers meant that Akbari was located and arrested before he could target anyone else.

“Unsurprisingly those targeted have been left shaken and I hope that today’s conviction will go some way to give a degree of closure to them.”

Samiualahq Akbari was found guilty of the murder attempt and threatening another with an offensive weapon. He is set to appear for sentencing at the Old Bailey on July 26, 2019.

Dhiren is a journalism graduate with a passion for gaming, watching films and sports. He also enjoys cooking from time to time. His motto is to “Live life one day at a time.”
Ex-Girlfriend jailed for False Rape Claims against Lawyer
Indian Man uses Girl as Bait to kill other Boyfriend