An abusive man had subjected his partner to a violent ordeal, leaving her traumatised. The violent relationship led her to attempt suicide.

"I thought there was no point in me being alive"

An abusive man left his ex-partner so traumatised that it drove her to a suicide attempt years after it ended.

Rachael Essaid, aged 21, attempted an overdose and was later left with catastrophic injuries after falling from her fourth-floor balcony, during a drunken blackout in 2019.

She was left in a coma for three months and was lucky to survive.

Rachael was driven to despair by Imraan Hasham, then a company director, who smashed her phone, threw away her clothes and kept all their curtains closed so that other men could not see her.

Rachael told The Sun: “Imraan tried to control every area of my life.

“He bullied, belittled and brainwashed me to the point where I got rid of my friends and family.

“He made me feel so bad about myself that I had no choice but to stay with him.

“I got so low that I thought there was no point in me being alive.

“My fall almost killed me. But in some ways, I don’t regret it because it has made me so grateful just to be alive. I’m learning to start again and to appreciate the simple things.

“I want other women to know that it’s so important to walk away from abusive relationships and that, no matter how low you feel, there is always a way forwards.” 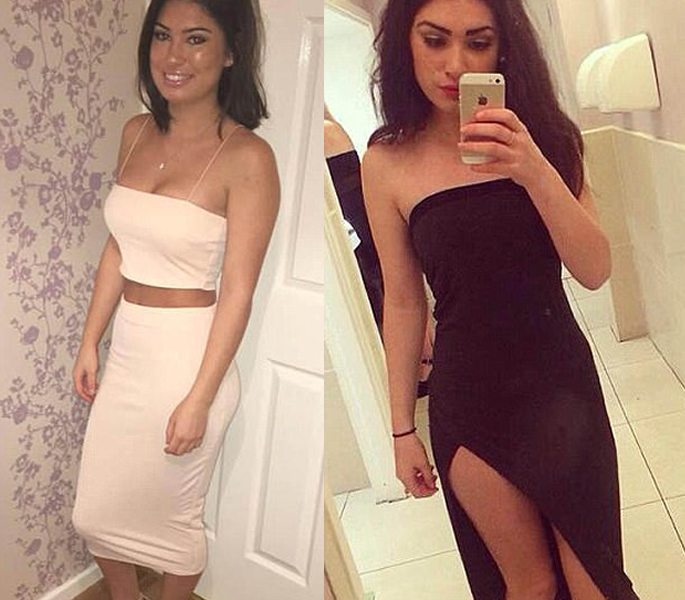 Rachael met Imraan on a night out in February 2016. He was 15 years her senior but told her he was only 20.

She explained: “He took me to a Thai restaurant the following night and he seemed very mature and worldly.

“He was full of flattery and very serious, right from the start. He wanted to see me every day and he took me to and from work.

“Looking back, he wasn’t charming or besotted; he was manipulative and controlling. But I didn’t see that.

“He would drop things into the conversation, telling me he drove Rolls Royce cars for his chauffeur business. He once said to me: ‘If you want to know who I am, just Google me’.”

However, weeks into their relationship, Imraan attacked Rachael in a nightclub, accusing her of ignoring him.

Rachael said: “I was chatting to my friend’s boyfriend and Imraan flew into a rage and started strangling me. He had to be dragged off, and afterwards, he acted as if nothing had happened.

“My friends were telling me to leave him, but he began criticising them and discrediting them so that I couldn’t trust them.

“I felt like I was on my own – with only Imraan on my side.

“When we argued, he would tell me I was ‘a walking STD’ and a ‘low-life slut.’ He would physically throw me around the bedroom and throw stuff at me.

“He would say I was his, for his eyes only and he was going to marry me. I wasn’t allowed out of the house and even then, I had to keep the blinds closed so that people couldn’t see me.

“If I wanted to go to the toilet, I had to ask permission and he would accuse me of texting other men in the loo. I had to give a reason why I needed the bathroom before I was allowed to go.

“He threatened to get a gun and shoot me or smash me in the face with a bottle. I believed he was serious, and I was terrified.

“After one argument, he threw me on the bed and smothered me with his hands. I thought he was going to kill me.”

On another occasion, Imraan ambushed her at a bus stop, dragged her into his car and attacked her when she tried to escape.

A passer-by called the police and he was finally arrested.

It was revealed that Imraan was previously jailed for eight-and-a-half years for a bank raid during which a female cashier was kidnapped at gunpoint.

He also had convictions for criminal damage and affray.

In 2017, the abusive man received a 26-week sentence, suspended for 18 months. He was also banned from contacting Rachael for two years.

Rachael tried to move on but the abuse left her confidence shattered. She revealed that she received abuse on social media.

She said: “I felt totally worthless. I got abuse on social media, telling me I would look better with blonde hair or different clothes, or saying I enjoyed playing the victim, and that added to my low self-esteem.

“My dad died too, I felt really lost. I gave up my job, in a primary school, and I cut myself off from everyone. I took an overdose too, but luckily my housemate found me.”

In the early hours of June 2019, after drinking heavily, she climbed over the balcony of her fourth-floor flat and fell 70 feet, landing on a roof below.

She had to be rescued by firemen using a hydraulic platform. 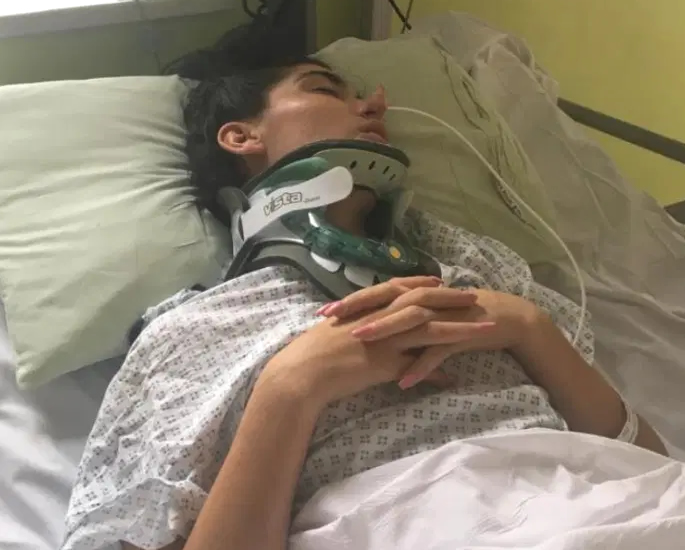 Rachael suffered fractures in her neck, back, pelvis, ankle, collar bone, shoulder, ribs, a bleed on the brain, her lungs were filled with blood and she had severe internal bruising. She was in a coma for three months.

She said she does not remember what happened but thanked her mother for being there for her.

Following counselling, Rachael has made a recovery and has moved on from her abusive relationship with Imraan.

“I’ve learned to walk and talk again. I have some lasting damage and my memory is poor. Even my voice has changed which is so weird.

“But I want to people to know the only way is up.  You can make progress and you can appreciate the little things in life.

“It might sound corny but I am just happy to be able to breathe on my own, to enjoy the sunshine, and to know that I have my whole life ahead of me.

“I won’t let what happened put me off falling in love again or achieving my dreams.

“My fall has taught me to be happy and to believe that tomorrow will be better. I only wish I’d known that before.”

Dhiren is a journalism graduate with a passion for gaming, watching films and sports. He also enjoys cooking from time to time. His motto is to “Live life one day at a time.”
Inquiry reveals Barriers in Ethnic Child Sex Abuse reporting
Woman wore Niqab to Rob £50k Laser Hair Removal Machine