Fozlu Miah is completing his football coaching at Luton Football Club, where he has gained his FA Level 1 qualification.

Coaching at this club has given Fozlu the opportunity to become more involved with the football community and see what it lacks.

Through practising football and mentoring new players, his main aim is to encourage a younger generation of Asian players to step up to the Premier League plate and truly immerse themselves in the world of football.

Speaking exclusively in an interview with DESIblitz, Fozlu Miah speaks of his ambitions and desires for young Asians participating in football.

Tell us a little about your background?

“I am 38 years old, and I used to live in Camden. This was my hometown where I have been brought up. When I was younger, I used to play a lot of football for London clubs.

“This really encouraged me to come back and continue with my sports. And also to pursue with my coaching.”

Tell us a little about your coaching course at Luton FC and what it involves?

“Basically I’m involved with a coaching academy which I have started January of this year (2015).

“It involves more young generation Asians getting involved in football. 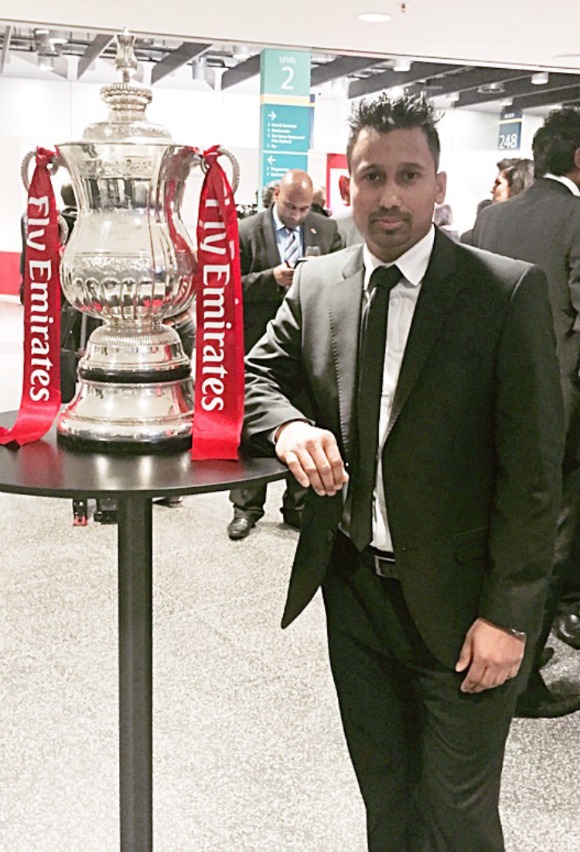 “The aim is for Asians to be actually playing in good clubs and being motivated by other people as well.”

What is it that inspires you to want to play or coach football?

“It’s a great sport, I have always been playing football from a very very young age and I have always wanted to play at a professional level.

“I always have had a good club and good opportunities at my time.

“And of course, I have continued this and progressed with my coaching.”

How does your family or friends feel about your decision to pursue sports as a career?

“My family have always been supportive. They have continually supported me from their side and appreciated my journey.

“My parents especially have always been supportive about this decision.”

What do you hope to do next or achieve after finishing the course?

“The 50+ category would be interesting to coach next.

“I would also like the opportunity to coach all kinds of adult clubs as well. That’s what I’d like to be doing.”

What other sports do you enjoy playing?

“I enjoy playing lots of other sports.

“Mainly activities such as bowling, badminton in my spare time, with friends and work colleagues.”

You mentioned you want to see Asian football progressing. What do you think could be done by government, local organisations, and communities to realise this?

“Parents have to be involved, that’s number one. To help the kids and give them the opportunities for playing football from a young age.”

“Then I really believe this will help and encourage more Asians to get involved with playing football in local clubs.

“The actual clubs as well, they need to be giving them a chance, or maybe give them a trial, then train them up to become a good player.

“Clubs definitely need to be more involved with picking up Asian footballers.” 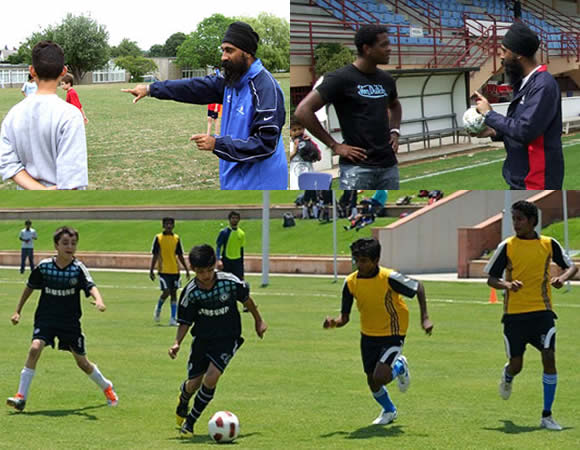 Bal Singh (Khalsa Football Academy founder) teamed up with AC Milan a couple of months ago to promote Asians involvement in football. How effective do you these strategies are?

“I think it’s great because it just opens doors to many different people and opportunities.

“I was involved myself in an organisation a couple of weeks back, promoting Asian football for the third time.

“Stuff like this really encourages younger generations to get themselves involved, which is great. I want to see more people involved in the next generation

“In a few years time, I would want to see young people in the premiership.”

What changes would you like to see or bring to British Asians in football in the next five years?

“I would like to see people actually acting and playing professionally in these clubs. It would be great to be able to see people playing in top clubs.

“The main thing we need to see is involvement. I hope to see a lot more Asians involved with the sport.

“And not just football, but all sports.  I want to see more Asians involved in more sports generally.”

Which is your favourite football team?

“My favourite team is Arsenal, I really love the club itself.

“The best player I have seen, and enjoy watching would be have to be Gary Lineker.

“He’s a really aspiring football player, and one I always used to look up to from a young age.” 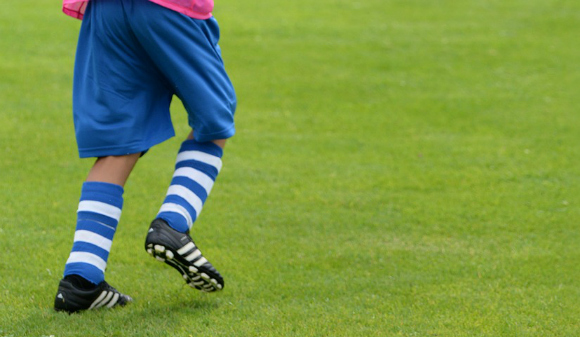 Do you have a message for young aspiring footballers, particularly British Asians?

“Mainly that I would urge people to get more motivated and involved, that’s what the Asian football community needs.

“I want to also tell people never to give up.”

Fozlu Miah is certainly passionate about the career path he has chosen, and wishes to involve many more on to this path as he can.

There are many strategies to encourage young Asians into the field, such as the AC Milan team up with Khalsa Football Academy founder, Bal Singh, in September, 2015.

Lack of Asian presence in football is a strong issue which Fozlu Miah and Bal Singh both want to resolve.

“I think there will be lots of different reasons, including confidence, feeling included when they participate in sport.

“These are the issues the Equalities and Human Rights Commission will get to the bottom of.”

Hopefully, now due to Singh and AC Milan’s efforts, this issue can be resolved or at least improved in the future.

This sort of work is what Fozlu Miah is looking to achieve, and hopefully this will encourage a lot more young-Asians stepping up to join the football community.