We can imagine Ranveer and Deepika are more than thrilled at this!

Through their flawless routine, the couple then went on to win the championship, meaning they claimed their fourth gold medal in this competition.

The pair scored an outstanding result of 42.69 for Technical Elements, and 37.08 for Presentation.

This led their overall score to be 79.77, securing their gold medal this year. 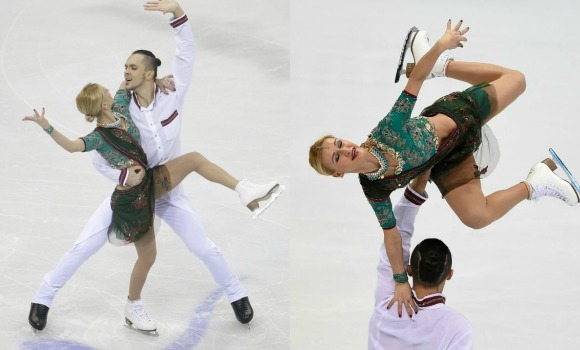 Yet, their flare and originality incorporating a Bollywood flavour pushed this Russian duo to victory.

The couple danced and skated to the traditional beats of the song, using their high energy and graceful lifts to accentuate the rhythm of the music.

Using arm movements which mirrored that of Bollywood dancing, the pair received wild applause and cheers throughout their dazzling routine.

Watch their Championship winning performance below:

Alongside their beautiful choreography, the couple’s outfits were also Desi-inspired.

Tatiana, wearing a bindi on her forehead, dressed in a sparkly Indian garb, keeping the bottom relatively short and wore a red and green sash across her body.

She accompanied this outfit with kundan earrings, teeka, necklace, and matching bangles. 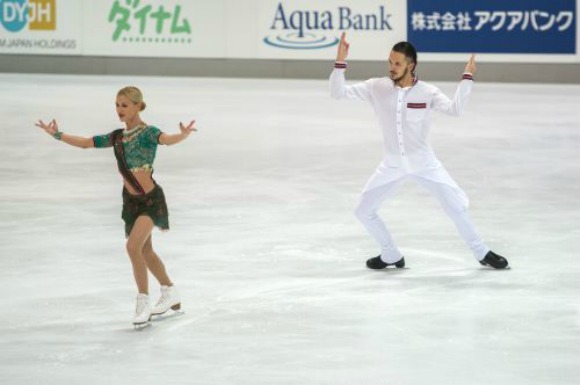 Maxim wore a white outfit with red seams, and beautifully accompanied her into their skating success.

He said after the competition: “It was a very hard start to the day. We had an early practice then we stayed here in the rink before the free program, because we had no time to go to the hotel.

“Most importantly, we won and we finished our programme. We lost some levels having some little mistakes.

“But, by the way, with all the problems we had before, I think this was quite a good free program for us.”

This real-life couple, who got hitched in August 2015, are not the first to marry the beauty of figure skating with the vibrant features of Bollywood. 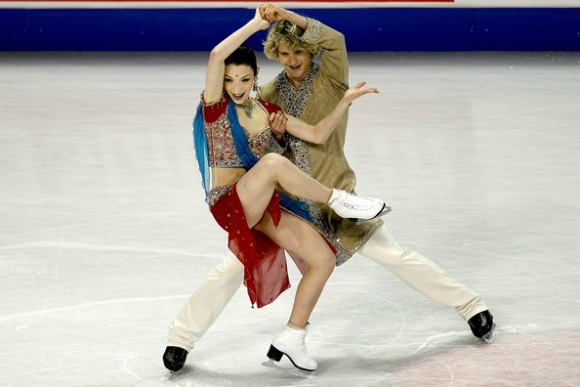 Becoming a huge hit at the time, the video soon went viral. You can watch their performance here:

Once again, the skaters have proven through their success that Bollywood music and the beauty of figure skating can go hand in hand.

We can imagine Ranveer and Deepika are more than thrilled with the addition of their song into such a prestigious Championship.

Congratulations to the talented pair!