Western influence on Bollywood fashion began in the 1970’s

The style of Bollywood has not always been very cool. The fashion was always a decade out of date, the make-up was always more wax paint than Max Factor and the seams showed in hastily produced garish costumes for the musical numbers. Bollywood has made a lot of style faux pas over the years. However, there has been a recent change in Bollywood film styling.

Instead of choosing the rigours and sophistication of high fashion, Bollywood chose the dubious world of beauty pageants in the past. Fashion has credibility, beauty queen pageants don’t. The influence of the pageant world reflected in the tasteless and trashy styling of many Bollywood films. However, in recent years Bollywood has had a major makeover and upped its style factor. 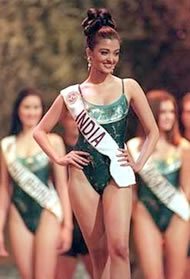 Aishwarya Rai Bachchan, winner of Miss World, was perfectly poised to bridge the gap between contemporary Bollywood cinema and its pageant world influences. Her first few films were disappointing because Bollywood was playing it safe. She side stepped the fashion issue, playing ordinary girls in ‘normal clothes.’ She would occasionally appear in safe French style chic which looked out of place in the Bollywood film she starred in.

Bollywood had not caught up with modern style; the backdrop and picturisation did not match the clothing. Many feel Aishwarya copped out entirely by disappearing into the world of Indian costume dramas. She hid behind heavy brocade and vintage styling. It was Sushmita Sen, Miss Universe winner, who took the lead with the ‘Dilbar’ song item in Sirf Tum shot like a Vogue shoot with exotic fashion influences.

The Kapoor sisters personify the contrast in Bollywood style.  Karishma and Kareena Kapoor appeared in Bollywood representing style changes of their era.

Karishma Kapoor with her big roller curl hair represents proletariat ‘bhel-puri’ Bollywood culture. Her wardrobe repertoire was limited to simple pastel salwar kameez, capturing the Indian look, which was the Bollywood staple at the time. Bollywood rarely ventured into Western styles and when it did, it looked like cheap.

When they tried to glam Karishma up she often looked like a kitsch Rio actress in a B-grade Latino soap. It was the pageant world idea of cool. Occasionally, they took pity on Karishma and turned her out in Zee TV style boob tubes and Morgan style hot pants or lycra dance gear. 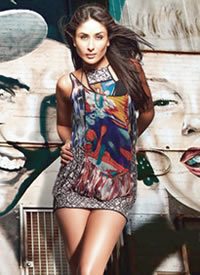 Kareena’s early appearance in Khushi had much more style than all of Karishma’s films put together. The Pepsi endorsed ‘Tere Bina’ song item was awe inspiring cool. A return to big Bollywood song numbers with MTV picturisation.

Throughout her career, Kareena continued to represent Bollywood chic. In 24/7 Kareena exemplified American bubblegum cheer-leader style. Jab We Met saw her in harem pants teamed with skinny Tee. She topped that with the dance number in Don with a sparkly cocktail dress.

In 2009, she appeared in a Globus fashion catalogue looking every inch Parisian chic in trendy Louboutins. Don, Tashan and Kambakht Ishq are examples of pure Bollywood style and India’s new found confidence in high fashion.

The 1970’s and then the 1980’s also saw a plethora of disco films such as Karz, and Qurbani with their sparkly ABBA style costumes, flare bell bottoms and spangly headbands.

Sridevi was one of the few Indian actresses to break the mould in the 1980’s. She combined Indian sexiness in chiffon saris with red lipped 80’s glamour.

Parveen Babi personified fashion and style for her generation. She was the first and only Indian actress to feature on the front cover of America’s Time magazine in bikini and sarong. Ramesh Sippy’s Shaan was one of the few films to exemplify a cool 80’s image. His son’s film, Bluffmaster also represented cool styling in the noughties.

In the early 1990’s Bollywood was thrown into backwaters forgotten by style. Films became sad and badly made. Actors were still in reversible jackets from the 1980’s and cheap rip-offs to rival market grade Calvin Klein.

Karan Johar’s candy floss teen romances paved the way for films like Dil Chahta Hain. The Aamir Khan film had a laid back, relaxed yet trendy student style. The film inspired a whole lifestyle ethos. It didn’t make the mistake most Bollywood films make of trying too hard and overdoing it. This can be seen in the high glam, high octane picture treatment of Luck, Dus and Singh is Kinng music numbers. Like ‘Paise Paise’ styling in De Dana Dan, they represent a high dose of bling culture. 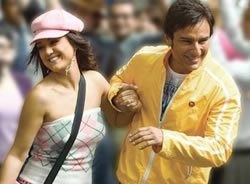 Salaam Namaste was a natural successor to Dil Chahta Hain. It made its appearance when the market was flooded with teen flicks and stole the show. It had effortlessly styled beach and street wear which was a huge hit with young people. The film featured fashion by Von Dutch, a label with street credibility.

Love Aajkal was similarly shot to appeal to the X Factor generation. The film progressed like a series of music videos. Each new scene shot to showcase an outfit or a look. Love Aajkal was styled by Anita Shroff Adjania, fashion director of Indian Vogue, who spent three weeks in London filming with the crew. 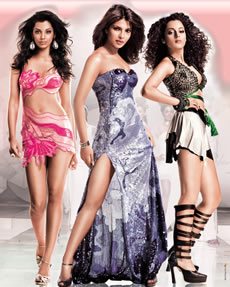 Fashion, ambitiously, put fashion at the centre of film. It was styled by Rita Dhody, who owns Ananda which supplies embroidery work for couture houses such as Armani and Chanel. The film pushed out the fashion boat and introduced cutting edge catwalk looks. A far cry from Miss World or Miss Universe. Priyanka Chopra was styled in luxury labels Lanvin, Versace and Gucci as well as high street designers Miss Sixty and Guess.

The Bhatt films – Emran Hashmi’s Kalyug, Zeher and Awarapan – are another group of films which represent the new trendy Bollywood image. They are successful because they tap into contemporary club scene and youth culture in India. The hit song ‘Dhan Te Nan’ from Kaminey shot in an authentic club scene with immediacy and realistic picturisation conveys this nicely.

These Bollywood films owe their success to American MTV style of picturisation. Rock On highlighted this Americanisation. Was it an Bollywood film? Or was it an American film with Indian actors? 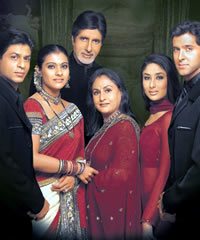 For many the real Bollywood is represented by family sagas, and multi starrer family blockbusters. This genre had a major face lift with Kabhi Khushi Kabhi Gham. This hugely successful film carried it off with luxe styling. The music scenes were dripping with exquisite zardari embroidery work and cashmere throws. Luxe fashion is a successful and profitable part of India’s large textile and fashion export industry. These films showcase Abu Jani and Sandeep Khosla style of Indian couture fashion.

Everyone who has seen Bollywood over the last few years have to admit that it has found finesse by improving its picturisation and styling. It has embraced MTV and international youth culture for this revamp. However much the styling content, Bollywood only looks good when its being real and more natural with a style that appeals to the masses.

S Basu wants to explore the place of Indian diaspora in a globalised world in her journalism. She likes being a part of contemporary British Asian culture and celebrates the recent flourishing of interest in it. She has a passion for Bollywood, Art and all things Indian.
Allesley Hotel Asian Wedding Fayre
80’s Fashion Returns with Style!