Republic TV editor Arnab Goswami has been arrested in connection to abetment to suicide case filed against him in 2018.

Mr Naik's family said they are "happy with Goswami's arrest".

Police in Raigad, Maharashtra have arrested Republic TV editor Arnab Goswami in relation to a suicide abetment case filed against him and two others in 2018.

In 2018, interior designer Anvay Naik and his mother Kumud Naik were found dead at their home in Alibag in May. It was revealed that they took their own lives.

According to Mr Naik’s daughter Adnya, non-payment of dues by Goswami’s Republic TV had driven her father and grandmother to suicide.

Police had found a suicide note which stated that Mr Naik and his mother decided to take the extreme step on account of payments due to them not being cleared by Goswami, Feroz Shaikh of IcastX/Skimedia and Neetish Sarda of Smartworks.

Republic TV had denied the allegations, saying that a malicious campaign was being run to ruin the channel’s reputation by exploiting a tragic event.

An investigation was underway but was closed in 2019. The case was reopened in May 2020.

Images showed Goswami being forced into a police van. He was presented in front of a court in Alibag where he claimed he sustained injuries to his hand and back at the hands of the police. 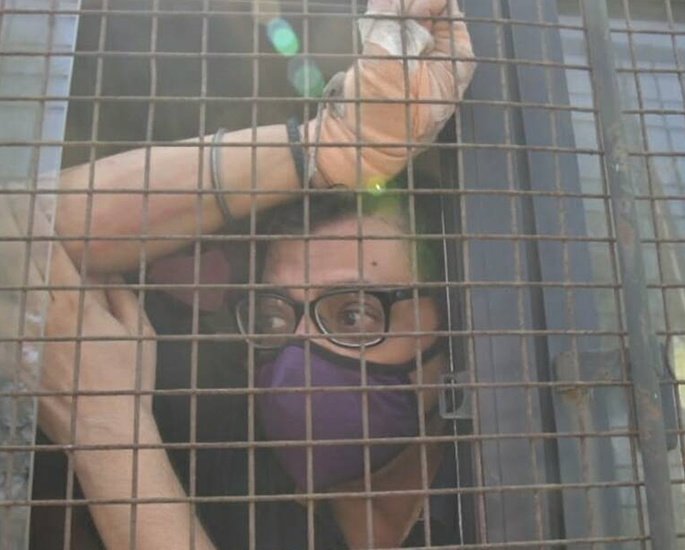 Police were instructed to take Goswami to a civil surgeon. Following a second medical examination, he will be produced in front of a court.

Republic TV said in a statement: “Arnab Goswami’s arrest in the related suicide case has been made as part of a larger vindictive exercise against an independent journalist and an independent news organisation.

“The Anvay Naik suicide case was investigated and closed by a court of law after a closure report by the police noted that no case was made out in April 2019.”

“The very fact that the open physical assault on Arnab, his family and on team Republic was caught on tape and beamed across the world this morning in a closed case is proof of the desperation with which the Mumbai Police and Maharashtra Government is operating.”

#IndiaWithArnab | Arnab Goswami’s arrest has been made part of a larger vindictive exercise against an independent journalist & news network. This is to bring to light real facts on unfounded allegations in a closed case based on which #ArnabGoswami was assaulted & arrested pic.twitter.com/Artf59dBhO

Mr Naik’s family said they are “happy with Goswami’s arrest”.

In a statement, his family said: “We were asked to sign on a statement saying we want to take the complaint against Arnab back.

“When we said this is not what we want and tried to take a photograph of the statement, Officer Varde quickly took the note away from us. We informed the Raigad SP about the mischief.”

His wife had previously said: “Arnab Goswami kept saying arrests should be made in Sushant Singh Rajput suicide case where there was no suicide note.

“My husband left behind a suicide note naming Arnab and two others but no arrests were made. How is this fair?”

The Editors Guild of India said it is “shocked to learn about the arrest of Arnab Goswami” on November 4, 2020.

“We condemn the sudden arrest and find it extremely distressing.

“The Guild calls upon the Chief Minister of Maharashtra to ensure that Goswami is treated fairly and state power is not used against critical reporting by the media.”

Republic TV has another case registered against them as the channel has also been accused of being involved in a Television Rating Points (TRP) scam.

The channel and two others have allegedly been manipulating them to give bigger viewership.

Dhiren is a journalism graduate with a passion for gaming, watching films and sports. He also enjoys cooking from time to time. His motto is to “Live life one day at a time.”
Actor Faraaz Khan dies at 46 after Long Illness
Milind Soman goes Nude to Celebrate Birthday on Beach