5 Indian Origin CEO’s You May Not Know

She moved on to build an “ever-lasting foundation”

Indians have been at the forefront of business powerhouses for the past 2 decades, with many progressing into CEO positions of their respective companies.

However, it did remain a good year for some Indian executives who stepped into more prominent roles.

From Google to IBM, the newly promoted businesspeople join a long list of other Indian CEO’s who have played vital roles in the growth of their influential businesses.

Since 2005, the influx of Indian CEO’s has been a focal point for diversity within the workplace.

Especially because many of these CEO’s were born in India and their pursuit of higher education allowed them to reach senior status within American, British, Asian companies.

It is not just intellect that has brought success for Indian employees. It is a deep-rooted cultural willingness and determination that has helped them prevail.

DESIblitz explores the top 5 Indian CEO’s that you may not know about. 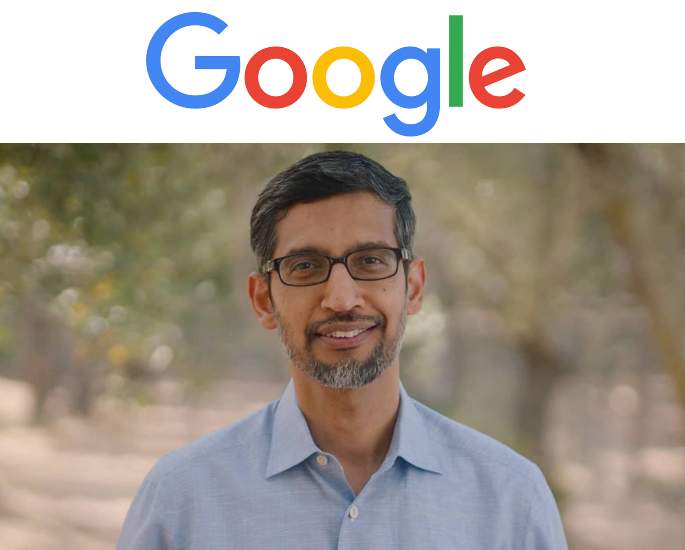 In 2015, Google appointed Sundar Pichai to be the CEO of the company after predecessor and co-founder Larry Page moved on to be CEO of the parent company, Alphabet.

Hailing from Chennai, India, Pichai came from humble beginnings and was no stranger to adversity.

His family did not own a television or car and he used to sleep on the living room floor with his younger brother, Srinivasan.

Ironically, one would think a technological genius like Pichai would be subjected to phones and computers from early, but not in this case.

Pichai and his family did not have a phone in the house until he was 12 years old.

A surprising element in the life of someone who created the world’s most popular mobile operating system (OS) – Android.

His father did work as an electrical engineer at the General Electric Company, a British conglomerate that furthered Pichai’s fascination with electronics and communication.

It was from there that his drive and creativity bloomed.

He studied metallurgical engineering at the Indian Institute of Technology (IIT) before being offered a scholarship at Stanford University.

After joining Google in 2014, Pichai has been a vital component in Google’s success.

He was largely responsible and oversaw some of Google’s most innovative projects such as Google Chrome, Google Drive, Gmail, and Android.

In a blog post by co-founder Larry Page, he stated:

“Sundar has been saying the things I would have said (and sometimes better!) for quite some time…and I’ve been tremendously enjoying our working together.

“I feel very fortunate to have someone as talented as him to run the slightly slimmed down Google.

“I know Sundar will always be focused on innovation – stretching the boundaries.”

This shows a level of unmatched commitment from Pichai and highlights the growing professionalism of Indians within businesses.

This was emphasised even further in 2019 when Pichai stepped up to be CEO of parent company Alphabet, the 5th most valuable company in the world.

As CEO of both Google and Alphabet, Pichai maintains his advances within technology and has his sights set on continuing to innovate. 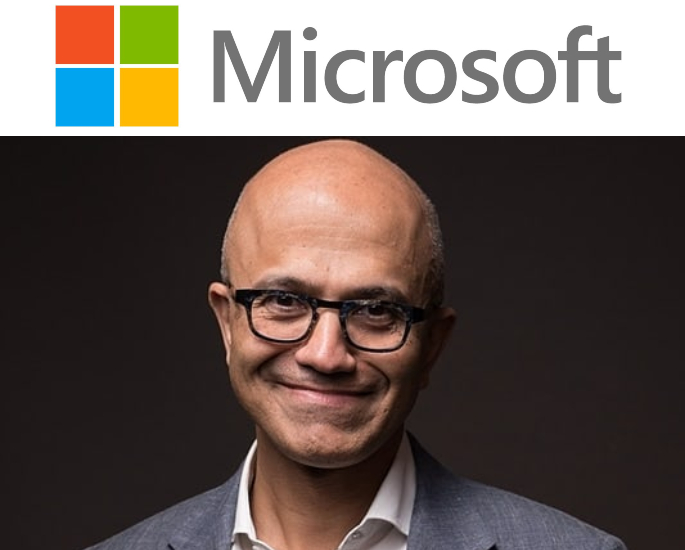 In 2014, computing giant Microsoft announced Satya Nadella as only their 3rd CEO of the company.

Born in Hyderabad, India, Nadella came from a hard-working family with his mother being a Sanskrit lecturer and his father was an Indian Administrative Service officer.

In 1988, Nadella achieved a bachelor’s degree in electrical engineering at Mangalore University and then moved to the US in 1990.

Within the same year, Nadella attained a master’s degree in computer science at the University of Wisconsin-Milwaukee.

After joining Microsoft in 1992, Nadella initially worked on Windows NT, utilising his engineering skills to help oversee the first versions of the famous OS that we use today.

Whilst working for Microsoft, Nadella received another master’s degree in 1997 from the University of Chicago.

This exemplifies the tenacity to learn by Nadella, which is also exhibited by the other leaders on this list.

They possess a limitless tenacity that builds their character and skills.

This then allows them to implement their creativity on the infrastructure of computing and technology that we see today.

Between 2011-2013, Nadella was executive vice president overseeing the progression of Microsoft’s cloud platform.

This platform provided the foundations for services such as Bing, Xbox Live and Office 365 – all landmark products for Microsoft.

However, these important periods within the company did not stop after Nadella was promoted to CEO.

In one of his first tasks as CEO, Nadella saw over the acquisition of Nokia’s mobile-device business, costing 7.2 billion dollars.

In 2016, Nadella and Microsoft then went on to acquire LinkedIn, the business-focused social networking site.

These monumental deals highlight Nadella’s expansive vision for Microsoft and the acquisitions have not gone unnoticed.

Nadella topped 2020 off by being recognised as the Global Indian Business Icon at the 15th annual India Business Leader Awards, where high-achievers and revolutionaries of corporate India are honoured. 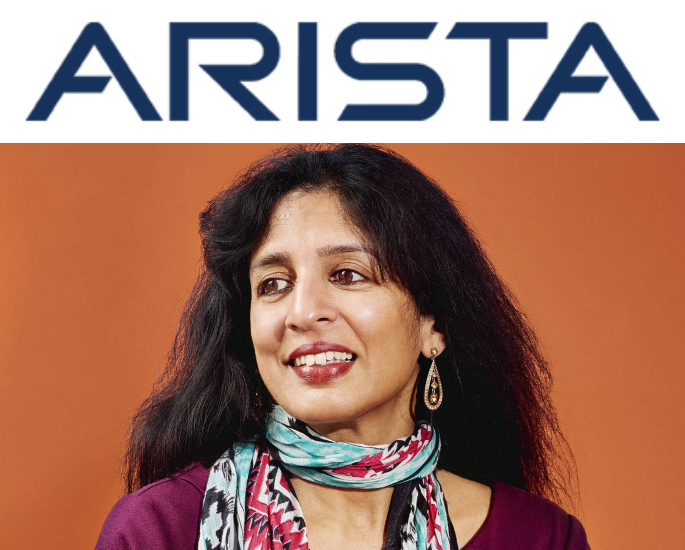 In 2008, cloud networking giant Arista appointed Jayshree Ullal as the new CEO of the company.

Born in London and raised in New Delhi, Ullal rose to prominence on her arrival in the US.

1993 signalled the progression of Ullals career when she joined Cisco – an advanced company specialising in high-technology services and products.

By 2000, Ullal helped grow the business to a 5-billion-dollar fortune and was stamping her name amongst other elite companies.

Her surprising switch to then small-time company, Arista, was questioned by most after succeeding so much at Cisco.

“In the pursuit of greatness, the leader must be unassailable as a visionary and a person of action.”

“It must be someone who not only creates an initial wave of success but also builds an everlasting foundation for future phases.”

This is exactly what Ullal implemented in her career. By acknowledging her successes at Cisco, she moved on to build an “ever-lasting foundation” at Arista.

The CEO’s stake in the company means she is now among an illustrious group of self-made female billionaires.

With only 99 other women who are self-made billionaires, it highlights how difficult it is to acquire the wealth and status of their male counterparts.

However, this also displays the strength, boldness, and dedication of Ullal and the success that undoubtedly comes with persistence.

It shows the steady progression of Indian CEO’s and their distinguished methods in motivating those around them and experimenting with the knowledge they have.

Multiple accolades have come thick and fast for Ullal and the other Indian CEO’s, but it is their motivation to carry on learning that distinguishes them from the rest. 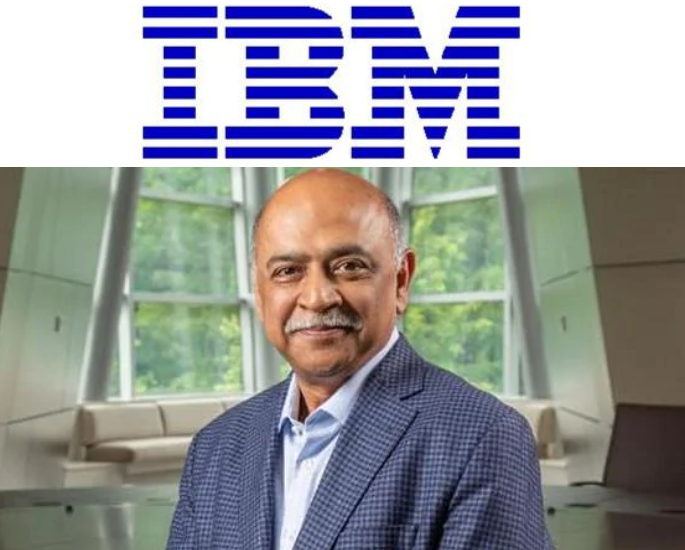 Arvind Krishna’s 30-year service to IBM was awarded in 2020 when he became CEO of the multinational computing company.

Hailing from Andhra Pradesh, India, Krishna comes from a solid and stern family.

His father was an army officer for the Indian army and his mother worked for the welfare of Army widows.

In 1985, Krishna received his bachelor’s degree in electrical engineering from IIT.

He then went on to travel to the US in 1990, where he earned a PhD in the same vocation from the University of Illinois at Urbana-Champaign.

Like Ullal, Krishna has also been identified as a leader in innovation.

In 2016, Wired Magazine chose him as one of “25 Geniuses Who are Creating the Future of Business” for his ideas behind The Hyperledger project.

Interestingly, IBM is one of the largest companies in the world but 70% of its workers are based outside the US, with most of the workers located in India.

The large scale of the company is down to its core foundations and acquisitions of other technology companies that fit in with their principles.

It shows the vision and bravery of Krishna and the other CEO’s to go after risky deals which could hinder their position in the company.

Krishna reinforced these leadership qualities in an email sent out to co-workers after his promotion to CEO, stating:

“If there’s one thing that this public health crisis has brought to light, it is the ever-essential role of IBM in the world.”

“We are the backbone of some of the most critical systems.”

This togetherness and compassion that exudes from the Indian CEO’s demonstrate why more Indians are progressing further in big companies. 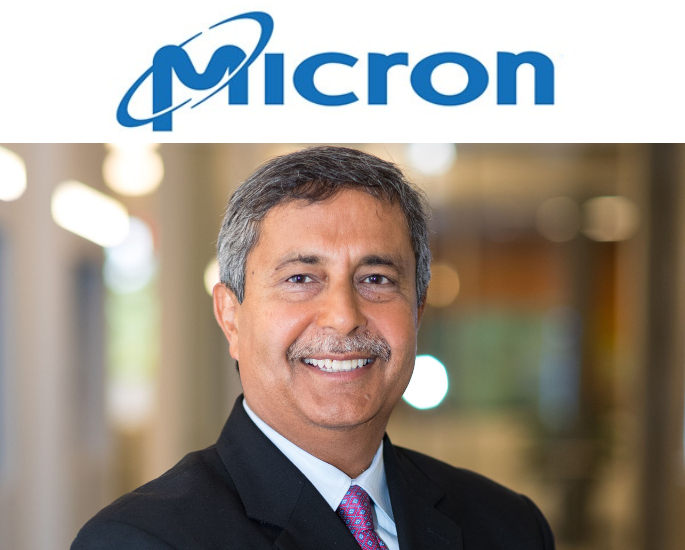 Born in 1958, in Uttar Pradesh, India, Sanjay led a quiet life until his relocation to the US.

Although he started his education at the Birla Insititute of Technology and Science, Sanjay transferred to the University of California in 1978.

There he completed his bachelors and master’s degree in electrical engineering and computer sciences.

In 2009, Sanjay graduated from the Stanford Graduate School of Business Executive Education Program.

Amid his education, Sanjay co-founded SanDisk in 1988, a small start-up company that specialised in flash memory products.

Following the blueprint of other Indian CEO’s, Sanjay along with his co-founders built up SanDisk to become one of the largest manufacturers of memory devices.

The success of the company was highlighted through the numerous awards obtained by Sanjay.

In 2013, Sanjay was rewarded with CEO of the Year from the Entrepreneurs Foundation of Silicon Valley and in 2014, he received the Distinguished Lifetime Achievement Award from the Chinese Institute of Engineers USA.

Also, Sanjay was honoured in 2015 by the American India Foundation for his philanthropic work helping children from underprivileged backgrounds.

After catapulting the company, SanDisk was eventually acquired by Western Digital in 2016 for a whopping 19 billion dollars.

This transaction led to Sanjay being named CEO of Micron in 2017 where his business and personal motives have continued to shine.

After leading Micron to a 21-billion-dollar revenue in 2020, Sanjay continues to produce vital achievements in the tech industry.

More importantly, Sanjay’s vision as CEO has broadened beyond business and he now has his focus set on equality in the workplace.

“He is also driving a cultural shift at Micron that includes increasing the percentage of women in leadership and technical roles.

“The number of women in senior leadership has more than tripled in the past two years, and Micron is achieving 99% gender pay parity across all roles.”

This awareness and transparency is a key component in successful management.

Not only exhibited by Sanjay, but the other CEO’s on this list have all shown their diligent efforts in innovating their respective fields, but also innovating the principles of the workplace as well.

Although most of these South Asian born CEO’s relocated to the US to establish themselves, there is no denying that they all share common values and traits.

“Though it is unlikely that Indians around the world are routinely taught how to climb the ladder to success, one might find it helpful to look into the roots of Indian culture.”

Punit Renjen became CEO of Deloitte – one of the big four financial firms in 2015. He related his success to:

“Hard work, good luck, inspirational mentorship and never forgetting where I came from.”

A study by the University of Southern New Hampshire looked specifically at what distinguishes Indian managers from others, stating:

“It is a paradoxical blend of genuine personal humility and intense professional will.”

Later adding that this person would be:

“One who is modest and also has unwavering resolve; and one who is shy and courteous yet fearless.”

These characteristics are the reason why these CEO’s are exceptional in their fields, and the number of Indian CEO’s goes beyond this list.

Shantanu Narayen became CEO of Adobe Inc in 2007, whilst Ivan Menezes was appointed CEO of alcoholic drinks giant, Diageo, in 2013.

Although the growing number of Indian CEO’s is increasing, especially those for American companies, the coverage remains minimal.

The widespread notoriety of these Indian CEO’s has become prevalent in their business sectors.

But given the jagged backgrounds that some of the CEO’s come from, there must be more discussions held for the next generation of Indian CEO’s to be influenced by.