A debate on the ongoing Indian Farmers’ Protest was held in the House of Commons. Will the discussion resolve the crisis.

"This is the largest trades dispute in the world"

He is the St Mary’s ward councillor in Maidenhead.

In December 2020, Councillor Singh demanded the UK government to make a statement on the protests as well as urging the Indian government to ensure the safety of protestors and maintain press freedoms there.

For months, thousands of farmers across India have been protesting against Prime Minister Narendra Modi’s controversial agricultural laws.

Protests were initially peaceful, however, there have been clashes between police and demonstrators.

“A huge thank you to the over 115,000 British citizens from across the United Kingdom who have signed, supported, and shared the petition.

“I am sure the farmers protesting on the streets in Delhi have felt the warmth of the British public, as of I, and I hope the Parliamentary debate will help bring this situation to a sensible conclusion.”

As the protests continue, it has attracted more international attention.

With seemingly no end in sight, MPs debated the matter in the House of Commons.

It was opened by Scottish National Party MP and member of the petitions committee Martyn Day.

Birmingham MP Khalid Mahmood highlighted the importance of the Farmers’ Protest, calling it a “critical” issue that needs to be addressed.

He said: “This is the largest trades dispute in the world at the moment.

“This is not just about being able to have a deal to be able to survive. This is about their livelihoods.

“There have been huge numbers of farmers that have committed suicide.”

Mr Mahmood went on to argue that the laws do not benefit the welfare of the Indian farmers.

He continued: “For the Indian government then, when they seek for a peaceful change to the legislation that India has taken, and the abuse that they have delivered to these people.”

Mr Mahmood explained the brutality that protestors have faced at the hands of the police.

He stated that while protests have largely been peaceful, there have been individuals who have instigated violence.

Mr Mahmood also claimed that the dispute could have been resolved quickly and that the Indian government has chosen not to listen to the farming community.

Conservative MP Theresa Villiers argued that agricultural reform in India has been prevalent for 20 years.

She said that international bodies have welcomed PM Modi’s attempt to take action.

Mrs Villiers said: “I understand that protesting farmers feel insecure about their future but Prime Minister Modi’s government has repeatedly said that a core purpose of the reforms is to make farming more profitable, to raise the incomes of people working in farming and to promote investment in agriculture to increase yield.”

She admitted that the new laws mean change but she said that many of the current rules remain the same.

Mrs Villiers reiterated Mr Modi’s speech on February 8, 2021, where he stated that a minimum support price will not be removed.

On the clashes, Mrs Villiers said that it is likely they would happen, given the number of protestors. She also said it was the same in the UK.

She concluded by arguing that the Indian government should be celebrated, not criticised for the “democratic success story that it is”.

Former Labour leader Jeremy Corbyn highlighted some of the reasons for the protests.

He explained that many of the farmers were small-land owners, over 22,000 farmers have committed suicide.

Mr Corbyn criticised the Indian government for its action towards Indian journalists.

He said: “Also unprecedented is the reaction of the Indian government towards the way the media respond.

“They have been prevented from getting their message out to the wider world.”

He explained that peaceful protests are a democratic right and that the farmers are exercising it.

He went on to say that both parties need to recognise a need to come to a resolution. 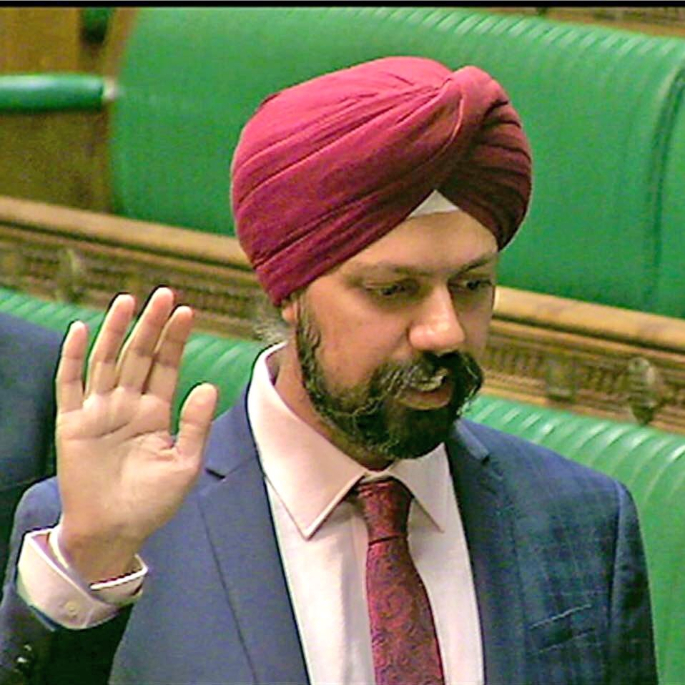 Slough MP Tan Dhesi, who has shown solidarity with the farmers and has repeatedly called for the UK government to address the crisis, spoke about the “humanitarian crisis“.

He expressed the plight of the farmers.

“Journalists, including young women have been arrested, with reports of sexual assault and torture while in custody.”

“The millions of protestors are from across India and different faiths.

“Because a lot of them are Sikh, they have been singled out and branded separatists and terrorists by unscrupulous elements of the mainstream Indian media.”

Naz Shah MP echoed Mr Dhesi’s points and added that those with influence are heard while the average farmer has “no voice”.

Many of the Parliamentarians in the debate showed solidarity with the farmers and urged the Indian government to come to a resolution.

The Farmers’ Protest has attracted international attention and the debate in the House of Commons is evidence of that.

Only time will tell if the debate successfully triggered a resolution on the matter.

Dhiren is a journalism graduate with a passion for gaming, watching films and sports. He also enjoys cooking from time to time. His motto is to “Live life one day at a time.”
5 Indian Origin CEO’s You May Not Know
Indian Staff at H&M supplier allege Workplace Sexual Violence