Healthcare for ethnic minorities in the UK is being looked at by ‘Race for Health’ and it has observed race issues in the NHS that need to be addressed. Language and community differences are part of the problem that need attention.

There is unconscious racism

Institutional racism is undermining healthcare for ethnic minorities in the NHS. Racist practice is affecting treatment of life threatening illnesses. Research carried out in the field of heart disease show that South Asians are receiving second grade treatment.

A recent survey into South Asian diabetes care by the South Asian Health Foundation uncovered research from the 90s which show a shocking difference in the way Asians are treated in hospital when compared to their white counterparts. A research paper in the Journal of Royal College of Physicians looked at referrals for Thrombolysis, an emergency heart attack treatment. Fewer South Asians with acute heart attack were given Thrombolysis. This is a vital emergency treatment which could mean the difference between life and death. All Myocardial Infarct patients should receive Thrombolysis. 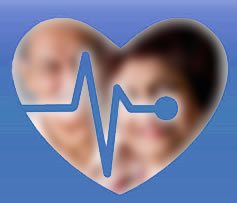 The differences didn’t stop there. Another emergency heart attack surgical procedure is Coronary Angiogram. The sooner this is carried out the better. South Asians were referred after 17.4 months whereas white patients were referred after only 6.9 months. South Asians had to wait 11 months, almost a year, longer than white patients. The patients had the same severity of heart attack so there was no reason for the difference in treatment.

A survey carried out in Leicester found that South Asians were less likely to be referred for the post heart attack stress test. Not being referred for this important test could result in substandard follow up treatment. South Asian populations are either dismissed as difficult patients with communication problems (language barrier) or free health service scroungers who are over anxious about their health.

It is a reflection on NHS attitude to ethnic patients that there has not been any large scale studies on racist healthcare practices since the cardiac discrimination studies were published in the early 90s. The NHS does monitor disease incidences in and uptake of services by ethnic minorities but no one has addressed the issue of racism in healthcare practice itself. 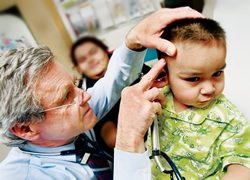 General Practice trusts have been criticised for not maintaining data on ethnic minorities and their diagnosis and treatment. Primary Care Trusts were failing to maintain ethnicity profiles making it difficult to assess ethnic differences in access to healthcare. Ethnic patients and their condition were not a priority within the NHS. It was difficult to analyse data for health care in ethnic minority populations because of inadequate recording practices. How can we deliver tailored healthcare needs if we are not able to monitor ethnic populations?

Race for Health, an organisation set up by the Department of Health advises on ethnic minority health care. Professor Helen Hally, head of the organisation, says, “There have been no national studies on racism and healthcare in this country. The main studies have been carried out in America. However we have workshops and consultations to improve conditions of health for black and ethnic minority populations.”

“Active racism is not there… except for odd incidences… There is unconscious racism,” she continues, describing a common scenario she has come across in the NHS, “For example, I was in an NHS reception where a white working class woman was providing information for patients. When dealing with a white working class elderly person her manner was warm. When talking to a young professional ethnic minority couple she was a lot more business like – colder. When giving advice to an ethnic minority patient with language barrier she gave very minimal help. But if you suggested to the NHS staff that she was being racist she would have been appalled. It is this kind of unconscious racism which is effecting healthcare provision.”

“There have been significant changes over the last 7 years in practice. The NHS now recognises that this [racism] is affecting delivery of good quality service. There is a lot of work going on to challenge attitudes and raise awareness.” 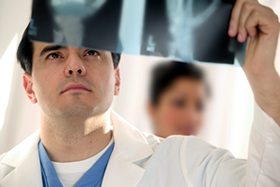 Through organisations such as Race for Health the NHS has gone some way to meet the needs of ethnic minority populations. However, there is no single bill of law which requires government to provide equal service across gender, age, class, belief, sexual orientation and race. This is a failing in the public sector which can act as a loop hole for Government neglecting to carry out full investigation of shortfall in provision.

At the moment, there is nothing to legally bind Government to monitor inadequate service to ethnic minorities apart from guidelines. The Government is currently consulting on legislation. The new bill would prohibit discrimination on any grounds in access to public services. It would place a duty on public organisations to investigate socio-economic disadvantage and other factors contributing to inequality. Government can’t use socio-economic or cultural causes as a default term assigned to all ‘ethnic minority problems.’ 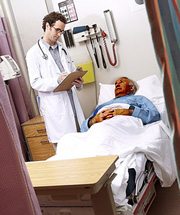 Professor Aneez Esmail, well known for exposing racism against ethnic minority doctors in the NHS, believes that we are only just coming to grips with racist healthcare practices. NHS has only recently begun to examine practices which might have a discriminatory effect although monitoring has been in place for years. Professor Esmail also believes that a lot has been done within the NHS to tackle cultural barriers such as language.

Professor Esmail says, “NHS doesn’t discriminate openly. It’s more complicated. NHS is not racist. Doctors develop views on ethnic minorities. Stereotypes… Because medicine is a predominantly white and middle class profession. There are many areas where racism does operate. There is differential treatment of ethnic minorities. They don’t do this consciously… Doctors refuse to accept that they have a problem. They don’t want to admit that there is racism in their practice.”

S Basu wants to explore the place of Indian diaspora in a globalised world in her journalism. She likes being a part of contemporary British Asian culture and celebrates the recent flourishing of interest in it. She has a passion for Bollywood, Art and all things Indian.
Keep BBC Asian Network National
The UK Election and the Asian vote