The UK Election and the Asian vote

The General Election takes place on 6th May 2010 allowing the UK public to democratically choose their party to lead the country. The Asian vote is seen an important part of the election process but how they vote or what issues concern them many feel will not be acknowledged by Labour, Conservative or Liberal, the main three parties.

Asians are worried about the economy

The Asian vote. Do Politicians care? It appears that they do. Both Nick Clegg and Gordon Brown have been interviewed by Nihal of the BBC Asian Network in the weeks leading up to the election. David Cameron’s Conservative party have even released software that will detect and target Asian voters.

However, a poll commissioned by the Asian Network showed that only 4 in 10 Asians are planning to vote on May 6th 2010. This is a surprising downturn from the last election when Asian turnout exceeded percentage voting in the general population. This time round, Asians think that their votes don’t count. Which issues will get us to the polling station? 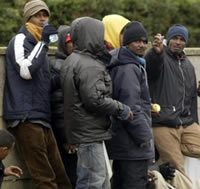 When Gordon Brown was interviewed by the BBC Asian Network one issue dominated: Immigration. This has become a bit of a hot potato amongst politicians. None of them wanted to discuss immigration for fear of being accused of playing the race card. In the absence of debate, the BNP took over the issue playing on people’s worry about an overcrowded nation.

As an immigrant origin population Asians are quick to point out that they have contributed to the British economy. Having to defend this issue has become a sore point among Asians. So it is a breath of fresh air to have some straight talking on the subject. Gordon Brown’s Government have finally decided that immigration levels are too high in this country. And it is, indeed, putting a strain on resources. 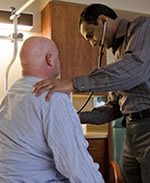 Gordon Brown pointed out that there has been a dire shortage of nurses and doctors in this country and skill immigrants were welcome and much needed. However, job centres will be required to advertise jobs here for British candidates before employing a foreign national. There is abuse of the immigration system and Labour plans to tighten the points based immigration system.

A complicating issue in immigration is free movement between countries in the European Union which has seen a rise in Eastern European migrants to this country. Tories want to set a cap on immigrant numbers and only allow entry to migrants who will benefit the economy. The Liberal Democrats want to increase the cost of work permits for immigrant employees and an amnesty on illegal immigrants.

Immigration is low down on the list of issues which will influence the way Asians vote.

The Asian voter wants to know about the economy, the National Health Service and schools according to Asian Network survey. Instead of dealing with the big issues election debate have focused on the possibility of a hung parliament.

With Nick Clegg’s rising popularity in the polls the election has turned into a three horse race. None of the main parties may get a majority forcing them to make coalition deals. It is feared that a hung parliament may harm the British economy.

People are urged to vote tactically. But the election has to be fought on the issues that concern the voters. For Asians these issues are clearly the economy, health and education and not immigration.

Like all voters, Asians are worried about the economy. Britain has only recently pulled through one of the worse recessions in history. We have a budget deficit of £176 billion. These are two things politicians have been fighting over.

Tories have stated that Labour policy will undermine the economy. They have criticised Labour plans to raise National Insurance, in particular. Tories call it a tax on jobs. 60 Asian businessmen, including Surinder Arora of Arora Hotels, have signed a letter backing Tory policy to prevent National Insurance rise. Several companies such as Marks & Spencers, Sainsbury’s, easyJet and Corus have signed a similar letter. This makes a total of 68 large companies condemning the rise.

NHS has been declared the single most important voting issue by a poll. Tories want to give people the choice of any healthcare provider that meets NHS standards. This will further privatise the NHS system. Liberal Democrats want to halve the NHS budget in order to reduce the deficit. They want to focus on the prevention of illness as a key to reducing the burden on the NHS. Labour promises that front-line services like the NHS will not be affected by spending cuts. They will provide legally binding guarantees for patients to reduce waiting time from referral to treatment. 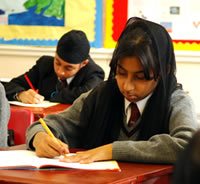 Asians wanting to set up their own community schools will be attracted to Tory policy allowing parents to run their own schools. This is part of David Cameron’s Big Society manifesto.

Cameron claims that politicians don’t always have the answer and wants to move from state action to social action. He wants to hand power back to the people. Under a Tory Government, voters will be able to set up their own public services. Those who thought they were voting people in to run the country will feel short changed. What is the point of voting in a Government if they hand power to a collective of untrained members of the public?

A possible low Asian turnout at the elections is worrying. Hindu Forum of Britain is campaigning in temples to encourage people to vote. Muslim Vote 2010 is a similar movement amongst muslims, as Pakistanis and Bangladeshis have been polled as less likely to vote than Indians.

One factor should urge reluctant Asians to vote: In past elections where BNP candidates were elected, it was the voters who stayed away that gave the fascist party its lead. Asians need to vote in order to keep the BNP out.

Who do you think will win the General Election?

S Basu wants to explore the place of Indian diaspora in a globalised world in her journalism. She likes being a part of contemporary British Asian culture and celebrates the recent flourishing of interest in it. She has a passion for Bollywood, Art and all things Indian.
Race matters in NHS care
Six Asian Women MPs elected in UK