A massive 5.8 magnitude earthquake struck Pakistan on September 24, 2019, resulting in more than 400 people injured and 30 deaths.

"The moment I came out of my shop, its roof caved in."

Thirty people were killed by the 5.8 magnitude earthquake which struck the east of Pakistan on September 24, 2019.

In addition to the death toll, more than 400 people have been injured following the earthquake which shook Azad Jammu and Kashmir (AJK), Punjab and Khyber Pakhtunkhwa province.

The epicentre was close to the city of Mirpur.

Following the quake, tremors were felt in other cities like Islamabad, Rawalpindi and Sialkot. Tremors were even felt as far away as Delhi, India.

On September 25, 2019, aftershocks were felt in Mirpur as well as in numerous other cities in AJK.

According to the United States Geological Survey, the quake struck at the shallow depth of 10 kilometres with the epicentre lying 1 kilometre south-east of New Mirpur in Azad Jammu and Kashmir.

When the tremors started, residents in Islamabad rushed out of multi-storey buildings into the streets.

It was reported that children are among those killed in the disaster.

The earthquake shook walls and left people standing in the street fearing that further tremors may occur.

Near the city of Mirpur, roads were completely destroyed with some split in half. Vehicles were also overturned. Bridges, mobile phone towers and electricity poles suffered severe damage.

Pakistan’s military has sent troops and medical teams to the affected area to help civilian authorities rescue victims, saying that “aviation and medical support” teams had been dispatched.

The DG ISPR added that army personnel have been directed to completely cooperate with the civil administration of AJK. 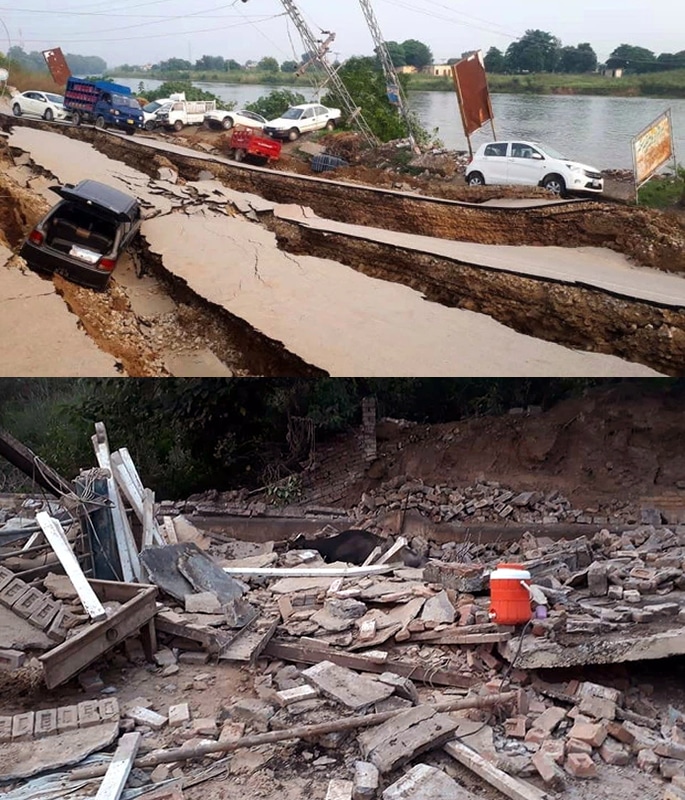 Emergency helicopters will be used to evacuate people from the hardest-hit areas.

One resident from Mirpur said: “I was sitting in my shop when suddenly the walls started swaying.

“I knew that it is a strong earthquake. The moment I came out of my shop, its roof caved in.”

Mohammad Arif, whose home in Mirpur was damaged, explained that when the earthquake hit, he alerted his family by shouting.

“God saved me. God saved all of my family members, but our home was partially damaged.”

The earthquake measured 5.8 on the Richter scale.

In separate statements, Pakistan Prime Minister Imran Khan and President Arif Alvi expressed their grief over the deaths caused by the natural disaster.

Dhiren is a journalism graduate with a passion for gaming, watching films and sports. He also enjoys cooking from time to time. His motto is to “Live life one day at a time.”
Indian Husband married Multiple Women using Matrimonial Sites
Indian Groom arrives at Wedding & Finds No Bride