Winners of The Birmingham Awards 2015

2015 has already been a remarkable year for Birmingham.

Special guests, nominees, and local businesses gathered together to celebrate the best of Birmingham.

With champagne flowing and a live house band throughout the night, the Birmingham Awards sponsored by local charity, Love Brum and in association with Big Johns, was a glamorous affair. 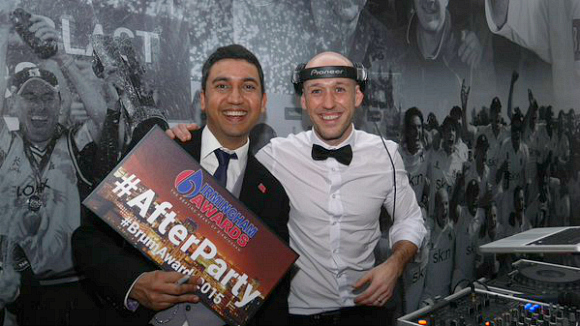 The evening was hosted by local radio presenter Dan Kelly and Raaj Shamji.

The proud ‘Brummies’ praised the diverse achievements of Birmingham throughout the night, from having the most youthful population in Europe, to more canals than Venice.

Sir “Doug” Ellis accepted the Lifetime Achievement Award and spoke about his incredible career as an entrepreneur and former chairman of Aston Villa FC. 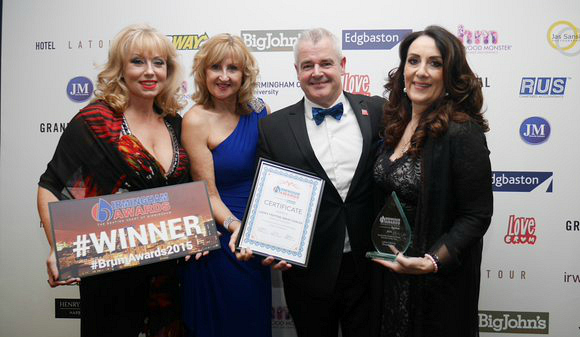 Awards categories ranged from business to social enterprise to young achievers. It highlighted the diversity of Birmingham as a continually evolving city of commerce, community initiatives, and entertainment.

2015 has already been a remarkable year for Birmingham. From the opening of Grand Central, John Lewis and a revamped New Street Station, Birmingham is continuing to lead as one of the most economically developing cities in the UK.

The Birmingham Awards then offered a perfect taster of what this great city has to offer. 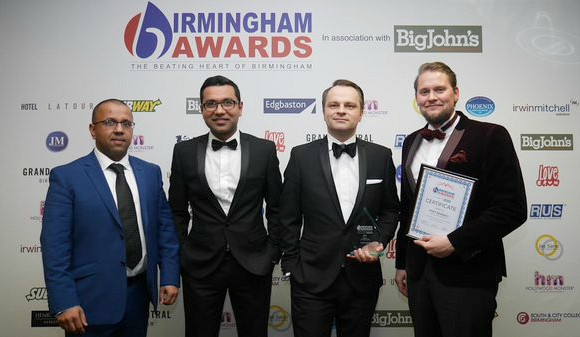 Lifestyle and entertainment in Birmingham was also recognised, with Selfridges winning ‘Retailer of the Year’, while ‘Bar of the Year’ went to Hotel du Vin’s The Bubble Lounge.

Thai restaurant, Sabai Sabai won big to take the the ‘Restaurant of the Year’ award, while ‘Innovative Business of the Year’ went to Loki Wine.

Here is the full list of winners of the Birmingham Awards 2015:

BAR/PUB OF THE YEAR
The Bubble Lounge (Hotel du Vin)

RETAILER OF THE YEAR
Selfridges

VENUE OF THE YEAR
Hyatt Regency

BLOG/BLOGGER OF THE YEAR
Full to the Brum (Laura Creaven)

BRUMMIE OF THE YEAR
Jasper Carrott 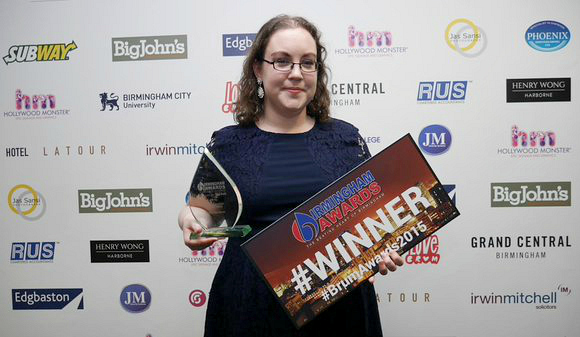 The Birmingham Awards was a night to remember, showcasing the very best of Birmingham, Britain’s second city and the heart of the UK.

A fantastic first edition, we look forward to many more to come. Congratulations to all the winners!