Winners of the Asian Business Awards 2017

The glitzy evening honoured the leading business men and women in the UK, as well as unveil the 2017 Asian Rich List, highlighting the highest 101 earners of the British Asian community.

“London is home to one of largest, and most diverse South Asian communities in the world, which contributes a huge amount to our city’s success – socially, culturally and economically. 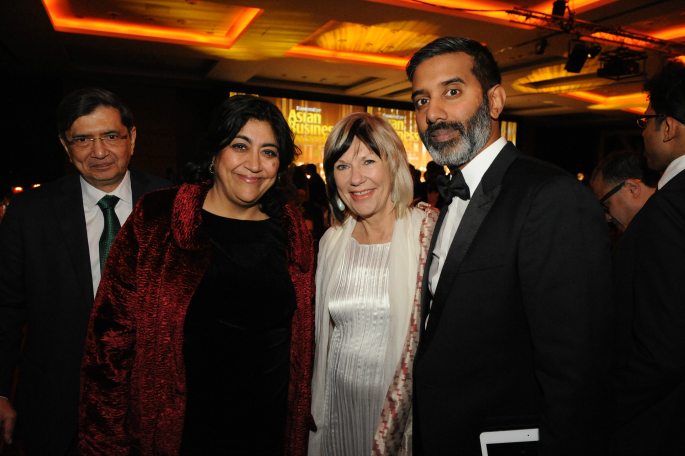 “Nowhere is that clearer than in the business community.

“From retail and pharmacy to tech and innovation, the UK’s Asian business leaders are at the forefront of their respective industries.”

“The Asian Business Awards recognises the incredible success of these leaders and I was delighted to join them and the Asian Media and Marketing Group for another fantastic evening.”

Big winners of the night included Surinder Arora, founder and chairman of the Arora Group who took home, ‘Asian Business of the Year’.

‘Global Investor Award’ was won by Cyrus Vandrevala, while ‘Young Entrepreneur of the Year Award’ was collected by Aly Esmail, Chief Executive Officer of SME Group.

Kalpesh Solanki, Group Managing Editor of AMG added: “All of the winners tonight have shown incredible business leadership and management over the last 12 months. 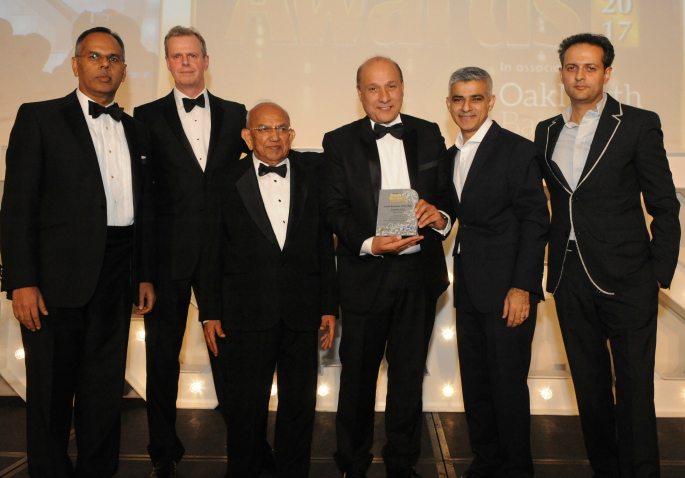 “The Asian Business landscape in the UK covers a wide range of industries and once again our winners have proved to be industry leaders at the forefront of their relevant fields.

“Congratulations to all of the winners and we look forward to observing their continued future success.”

The launch of the Asian Rich List for 2017 again proves the incredible achievements of British Asians in the UK and across the world.

The list, which sees a combined wealth of £70 billion, was topped by the Hinduja Family and Lakshmi Mittal, ranking as the UK’s wealthiest Asians.

Not too far behind was Sri Prakash Lohia, Founder and Chairman of Indorama Group. Lohia, who ranked in third position in the Rich List, also took home the award for ‘Business Personality’.

Here is the full list of winners of the Asian Business Awards 2017:

Hosted by The Asian Media and Marketing Group (AMG) the Asian Business Awards proved to be a resounding success, celebrating the extraordinary achievements of the British Asian community.

Aisha is an editor and a creative writer. Her passions include music, theatre, art and reading. Her motto is “Life is too short, so eat dessert first!”
Pakistani Policeman Ifzal Zaffar saves Man from Taking His Life
Indian Doctor gets Beaten and Blinded in One Eye by Patient’s Family