What Adil Hussain & Radhika Apte spoke about before Nude Scene

In ‘Parched’, Adil Hussain and Radhika Apte perform a nude scene together. Now, Adil has revealed what they spoke about before filming it.

“I was almost naked in that scene."

Adil Hussain has opened up about the nude scene between him and Radhika Apte in Parched.

More specifically, he revealed what he and Radhika spoke about before filming the bold scene.

Adil praised Radhika for her quality of acting, saying:

“Radhika has committed to art and people should understand.

“For people like her and I, what matters is art and not what people will say.”

On the scene in question, Adil said: “I was almost naked in that scene.

“I have no issues with such scenes as long as they have not been done to tickle one’s lower senses.

“I have no issues with such scenes as long as they are meant to portray the complexities of human life.”

He also spoke about what his wife thought about the nude scene, stating she had no problem with it.

Adil said: “Not at all. In fact, she was the first one whom I told about the scene after Leena Yadav told me about it.”

His wife said she respects his job and has complete faith in his sensibilities. 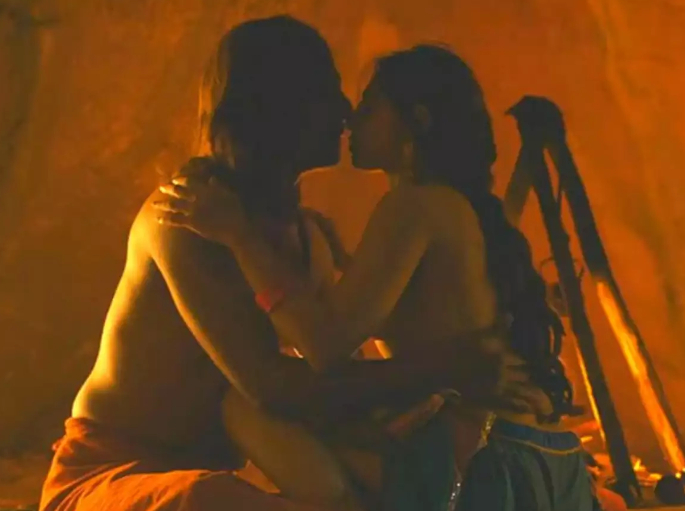 “What about your boyfriend?”

Radhika said she was married before asking Adil: “What about your wife?”

Adil told his co-star that she has “no problems”.

In Parched, Radhika plays a sex worker while Adil is her lover. Previously, Radhika revealed that her role came during a time when she “needed” it.

She had said: “It wasn’t easy because I was contending with my own body image issues at the time.

“So, having to be nude on screen was a little intimidating.

“Now I can bare it all anywhere. I’m proud of my body shape and size.”

“Of course, that film went to so many places and that led to more work and appreciation.

“I really needed a role like this because when you’re in Bollywood you’re constantly told what to do with your body and I always maintained that I would never do anything to my body or face.”

On the leaks of her nude photos, Radhika explained:

“The controversial photographs were bare-skinned selfies, and anyone with a sane eye would have guessed it wasn’t me.

“I don’t think there is anything one can do, or one should do, but ignore it.

“Anything else is a waste of your time. So, when I stripped for Parched, I realised: ‘There’s nothing left for me to hide’.”

Dhiren is a journalism graduate with a passion for gaming, watching films and sports. He also enjoys cooking from time to time. His motto is to “Live life one day at a time.”
Karan Mehra reveals his Side to Domestic Violence Case
Meera Chopra responds to ‘Unfair Vaccination’ Claims