Prominent Cardiff businessman Raj Aggarwal has become the first Indian-born recipient of the position of Honorary Lieutenant Commander in the Royal Navy.

"Our Navy is there, quietly looking after us and keeping Britain safe."

Raj Aggarwal, aged 69, of Cardiff, is the first Indian to become a Royal Navy Honorary Officer. He was appointed on Sunday, September 16, 2018.

This is the equivalent to the rank of Major in the Army.

In his role, he will be affiliated to HMS Dragon

At Raj’s honour were some important figures within the Royal Navy, both the UK and Indian.

They include the head of the Royal Navy in Wales and Royal Marines Brigadier Graeme “Jock” Fraser.

The official inauguration ceremony was called a Royal Naval Mela and took place at HMS Cambria, Wales’ only Royal Navy base.

The event saw a large number of the Indian community in Wales attending.

Traditional Indian musicians and dancers provided an entertaining spectacle throughout the day. 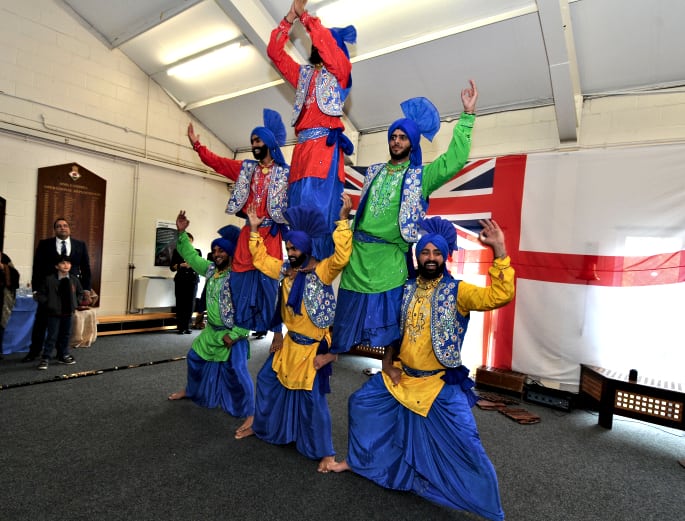 Upon receiving the honour, Raj said:

“It is my great honour to accept this position in the Royal Navy as one of the ‘special’ honoraries.”

“I want to use this position to create greater diversity in the Navy.”

“To show the community that the Navy will be supportive and that there are amazing careers on offer, with first-rate skills-training and opportunities to see the world.”

“Jock” Fraser welcomed Raj’s appointment into the Royal Navy and stated that it will increase their relationship with the community.

He said: “Raj is a great friend and advocate of the Naval service and his appointment will deepen the relationship between the community and the Royal Navy.”

“We recognise the value of diversity and proudly serve all members of our communities at home and overseas.”

“As the only Honorary Royal Navy officer in Wales, it is fitting that we celebrate his appointment.”

“Raj will wear his Naval officer’s uniform with pride.” 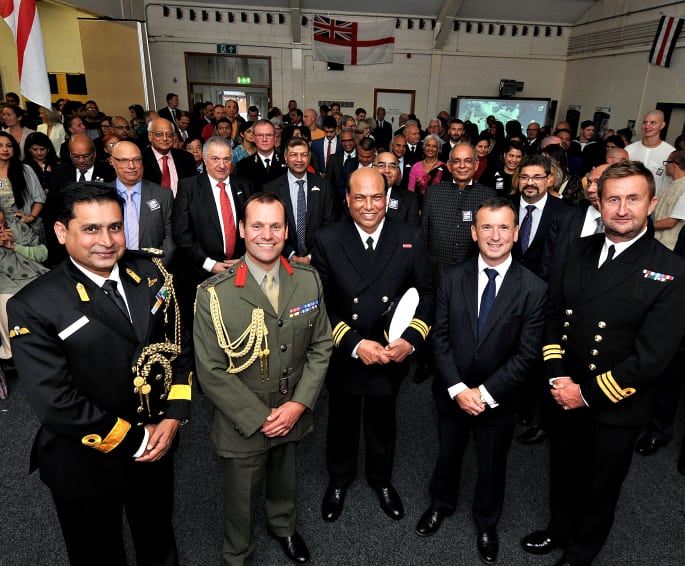 The businessman stated his huge respect for the Royal Navy and the work they do to protect others.

He added: “I deeply admire our Royal Navy, they are our Senior Services and are respected worldwide.”

“The work that they do is usually away from home and out of sight.”

“We hear very little of their service, they just go about their duties with the utmost professionalism and commitment to our country.”

“Our Navy is there, quietly looking after us and keeping Britain safe.” 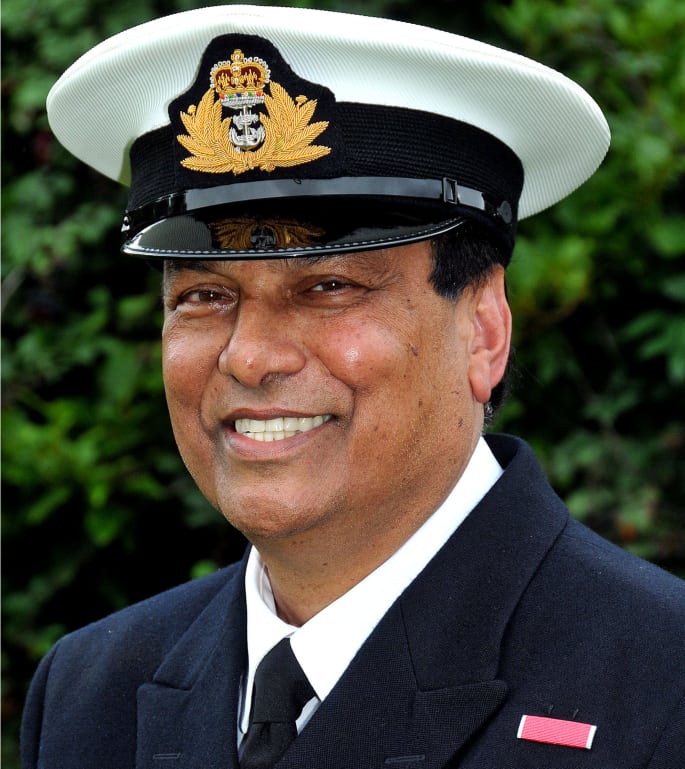 Raj emigrated from Kenya to Wales in 1967 and studied Pharmacy at Cardiff University.

He settled in Cardiff after becoming a senior executive with Boots.

Raj later opened his own pharmacy business which saw massive success for him as a British-Asian entrepreneur.

His company is RK Aggarwal Ltd, where he is the chairman.

As the chairman of Kidney Wales, he was instrumental in changing the opt-out law for organ donations in Wales, introduced in December 2015.

He campaigned for a deemed consent to increase the number of organs available for transplants.

This is a move which has significantly improved organ donations and will save many more lives.

In its first year, the number of patients waiting for organ donation dropped 38%.

As well as becoming the first Indian to be an Honorary Officer in the Royal Navy, Raj is also the first ever Honorary Consul for India with jurisdiction for Wales.

He is responsible for helping to further links between Welsh and Indian business, educational establishments and cultural organisations.

Raj’s efforts have not gone unnoticed because, in 2007, he was made an OBE.

His contribution to the pharmaceutical industry and the life of the Asian community in Wales was recognised.

Why the Royal Navy have Honorary Officers? 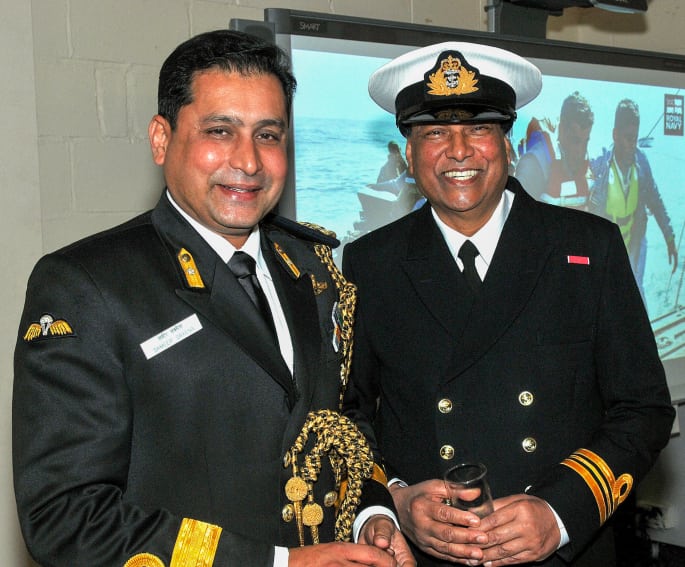 Raj was the latest honorary commission from the granting of several other high profile honorary positions for celebrities.

Each celebrity is focused on strengthening relationships with the armed services.

As honorary officers, they all bring a wealth of experience and makes a contribution in their own distinct way.

They act as a bridge for the community to get to know more about the Royal Navy in various ways.

Whether they do talks about them or they experience what it is like as a member of the Royal Navy, they all contribute to the growth of the Navy.

Because of celebrities massive followings, the community want to know more about them.

Raj Aggarwal is the latest honorary member of the Royal Navy and the first Indian-born recipient.

He shows the increasing diversity of the Royal Navy, especially in such a high-regarded role.

Hopefully, Raj is the first of many in the coming future.

Dhiren is a journalism graduate with a passion for gaming, watching films and sports. He also enjoys cooking from time to time. His motto is to “Live life one day at a time.”
Indian Teenager is Gang Raped by 12 men for Eight Hours
Indian Student Attacked and Murdered Outside School