Sonam Kapoor plays Neerja Bhanot, a flight attendant who gave her life to save her passengers in the highly anticipated film, Neerja.

The next 24 hours are the most fearful for her, her passengers and family.

Bringing the courageous story of the young girl to celluloid, director Ram Madhvani is all set to showcase Sonam Kapoor in the self titled biopic Neerja.

Being one of the most awaited releases of the year, Neerja follows the story of Neerja Bhanot (played by Sonam Kapoor) an air stewardess and a part time model.

Having a perfect family and a perfect boyfriend, Neerja’s life was complete.

However on September 5, 1986, everything changed. 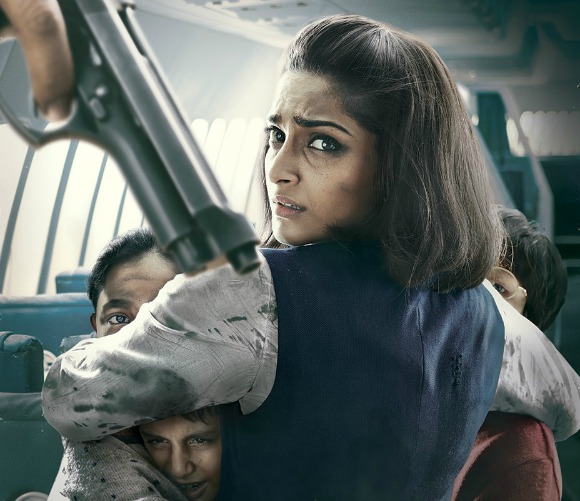 Boarding her last flight as the head purser, the Pan Am Flight 73 to Karachi gets hijacked by terrorists.

The next 24 hours are the most fearful for her, her passengers and her family.

It is the fear within her that gives her the courage to be a hero, protecting children from the bullets of the terrorists and saving the lives of more than 300 people.

Listen to the real voice of Neerja Bhanot when she made the announcement on Pan Am Flight 73:

Neerja is a hard hitting film that will move audiences with its tragic story.

After doing an out and out commercial movie with superstar Salman Khan, it is interesting to see Sonam in a new avatar as Neerja.

After playing diverse characters throughout her 8-year career, Sonam explains what drove her to take on the role of Neerja:

“The reason I am playing Neerja Bhanot today is because this is an incredible story.

“There are lots of people who had offered the family to make sure that this gets made but somehow it never fit in and the moment when I walked into their house in Chandigarh she said [Neerja’s mother] ‘Yeh to meri lado hain’.

“She really believed that I can play her daughter and she made me believe that a lot of me is so lot like her daughter.” 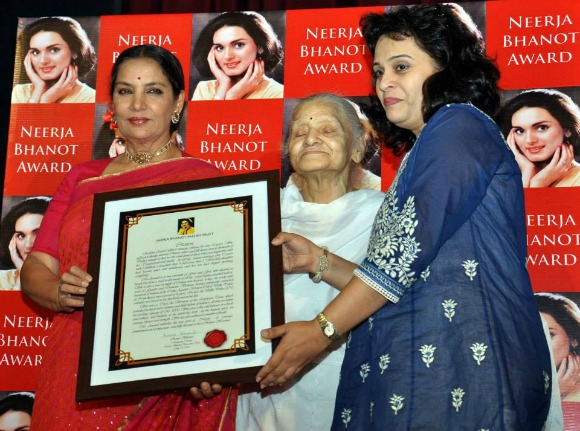 She also goes on to add Neerja’s mother is a huge support system when it comes to taking the role. She says:

“Neerja’s mother made her believe in everything she wanted to do. She inspired me a lot and she gave me her blessings.

“It’s something about her story and I really tried to be honest throughout the film and that’s what connected people and the honesty of wanting to play this character so badly.”

Hoping she does justice to the role, critics and audiences are eagerly waiting for the release of Neerja.

An exciting addition to the cast is Shekhar Ravjiani, who is making his on-screen debut.

Claiming he had been offered many films before Neerja, he explains why he felt Neerja was the right choice: “Before Neerja happened, I was offered at least eight to ten films which came from top directors and producers.

“Mostly they were lead roles. I liked some offers, but the projects did not kick-start while some offers did not excite me.”

He adds: “It was Ram’s idea to cast me. He helped me a lot while playing this role of Sonam Kapoor’s love interest. He allowed me to explore the part the way I wanted. Acting came naturally to me.”

Already being a super hit music director, audiences are hoping Shekhar can channel his talent on the big screen as well. 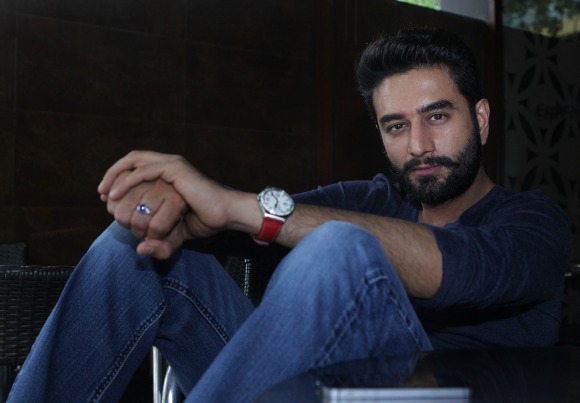 Keeping with a theme of a biopic, director Ram Madhvani tries to make sure to keep the music minimal and effective as possible.

Composed by Vishal Khurana, the four track album is short, yet perfect for the movie.

Starting off with ‘Jeete Hain Chal’, a classy Indian melody, the track has a perfect mixture of slow mantras throughout the song.

Moving on ‘Aankhein Milayenge Darr Se’ is the anthem of Neerja. Showcasing her brave behaviour, the beautiful composition makes it a great track to listen too.

Next on the list is ‘Gehra Ishq’, the romantic song of the album has a qawwali-like style. 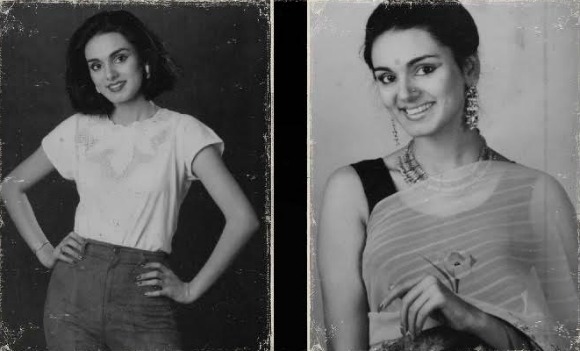 Sung by the melodious Shekhar, the song touches your heart and reminds you Neerja was just like normal girl.

Lastly, ‘Aisa Kyun Maa’ is an emotional track, and will definitely bring tears to your eyes.

Showcasing an emotional message between Neerja and her mother, the track is definitely one of the best from the album.

Watch the trailer for Neerja here:

Sonam is all set to take grab audiences with her performance as Neerja. Hoping to make it one of her best performances, she says:

“The film is for young people, to inspire the future of India, to say that we can all be heroes. I talk a lot about myself, but now it’s important to talk about Neerja and the values she stood for.

“A lot of people are understanding that and seeing that. I hope everybody recognises what we’re trying to portray.”

The cast and crew have high hopes from this film, and hope to do justice to Neerja Bhanot, who died defending others.

So would you like to be part of this moving journey on the February 19th?

Homeland to be adapted for India?
7 Bollywood stars Sunny Leone should Act with