Shehnaaz Gill flaunted her pregnant look for her film with Diljit Dosanjh. The pair posed for pictures and fans reacted.

"I'm so damn happy after seeing these pictures"

Shehnaaz Gill and Diljit Dosanjh posed for pictures from their upcoming Punjabi film Honsla Rakh, and fans could not contain their excitement.

The pair are currently in Canada shooting for the film.

They took some time for pictures and Shehnaaz showed off her pregnant look for the film.

In the pictures, Shehnaaz looked radiant in a floral dress with a visible baby bump while Diljit sported a grey suit, yellow jumper and bright red turban.

The pictures indicated the strong chemistry they may present onscreen together as Diljit embraces Shehnaaz with his hands on her baby bump.

In another picture, Diljit is seen bowing down to place his head on her baby bump.

The pair posed beside cutouts of a feeding bottle and a jar of honey while a Winnie the Pooh cutout was placed behind.

In her post, Shehnaaz announced that Honsla Rakh will be released on October 15, 2021.

In another post, the former Bigg Boss 13 contestant asked her fans if they were excited.

Fans were quick to respond, expressing their excitement to see the two stars working together and praising Shehnaaz’s stunning look.

Another fan wrote: “I’m so damn happy after seeing these pictures… Just wow… Amazing… Both my favourites are lit.”

A third posted: “Oye hoyeee Most awaited pic All the very best for Honsla Rakh.

“Super Amazing capture May Waheguru bestows his grace over my Dil Naaz.”

One person loved Shehnaaz’s look for the film: “All the best Queen!!!! Nail it as usual.”

Diljit, who is co-producing the film alongside Daljit Thind, previously shared a poster where an animated version of himself is seen carrying a baby.

The film is directed by Amarjit Singh Saron and is set to release on October 15, 2021. 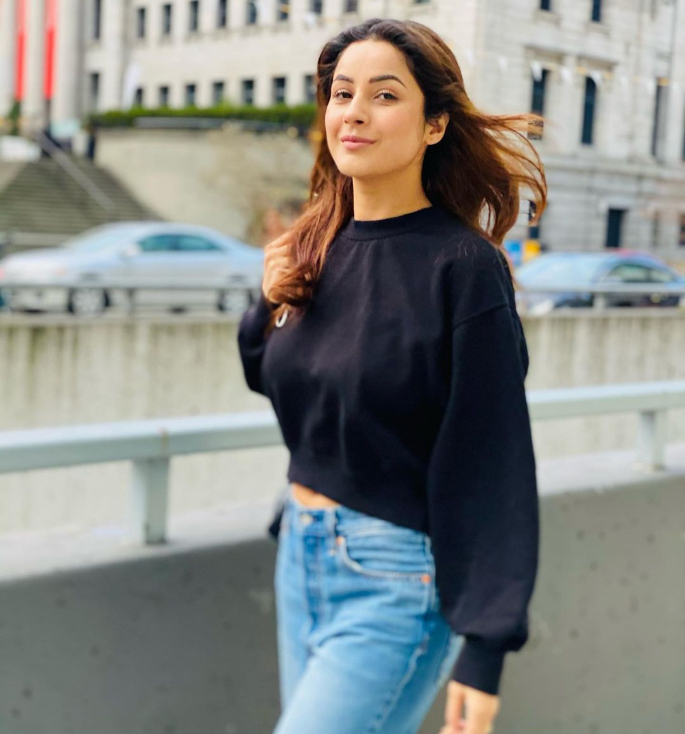 Since being in Canada for the shoot, Shehnaaz Gill has been posting pictures of herself enjoying the sights.

Previously, she was seen in a black cropped sweater and blue jeans. Her look was loved by her fans.

Since her appearance on Bigg Boss 13 and finishing second runner-up, Shehnaaz Gill has amassed huge popularity.

She is coming off the release of her collaboration with Badshah.

‘Fly’ was an anticipated song as it marked the first collaboration between Shehnaaz and Badshah.

In the music video, the pair are seen in the snowy valleys of Kashmir.

Dhiren is a journalism graduate with a passion for gaming, watching films and sports. He also enjoys cooking from time to time. His motto is to “Live life one day at a time.”
Kangana praises the Queen amid Harry & Meghan Interview
Are Sussanne Khan and Arslan Goni Dating?