Diljit Dosanjh and Shehnaaz Gill showed off their matching black outfits as they wrapped up their Punjabi film ‘Honsla Rakh’.

He was seen sporting a stylish black Lacoste kurta

Diljit Dosanjh and Shehnaaz Gill announced the completion of their Punjabi film Honsla Rakh and they twinned in black outfits.

The pair had been filming in Canada and when shooting of the film was completed, they celebrated.

Diljit and Shehnaaz decided to match in black, posing for several pictures together.

In some of the pictures, they seriously posed.

However, in most of them, the pair were seen laughing and playfully enjoying one another’s company. 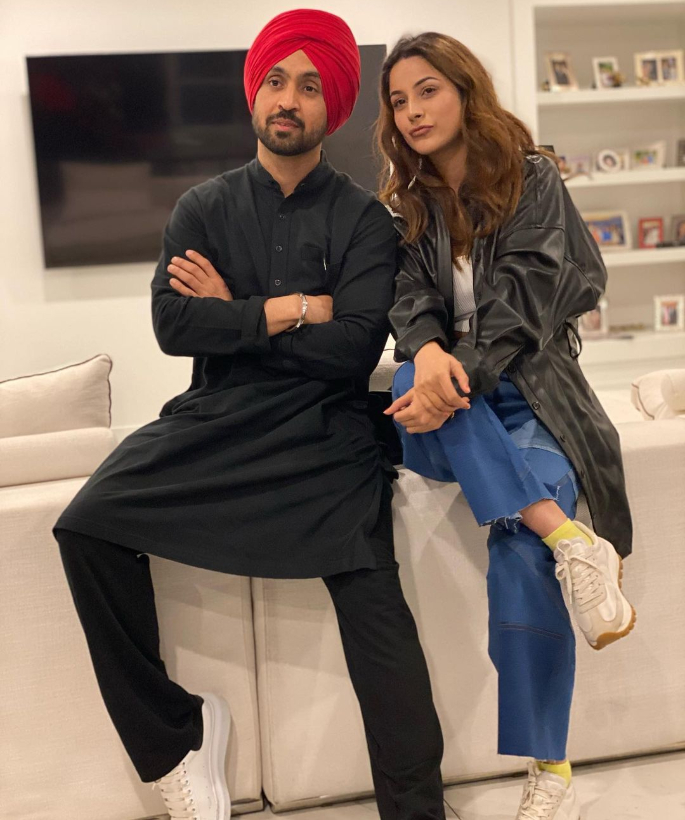 Diljit combined high-end fashion with ethnic wear for the celebration.

He was seen sporting a stylish black Lacoste kurta, along with matching black trousers.

He contrasted the dark colours with a bright red turban and white trainers from Alexander McQueen.

As well as his films, Diljit is known for his fashion sense, regularly seen in bold designer pieces. 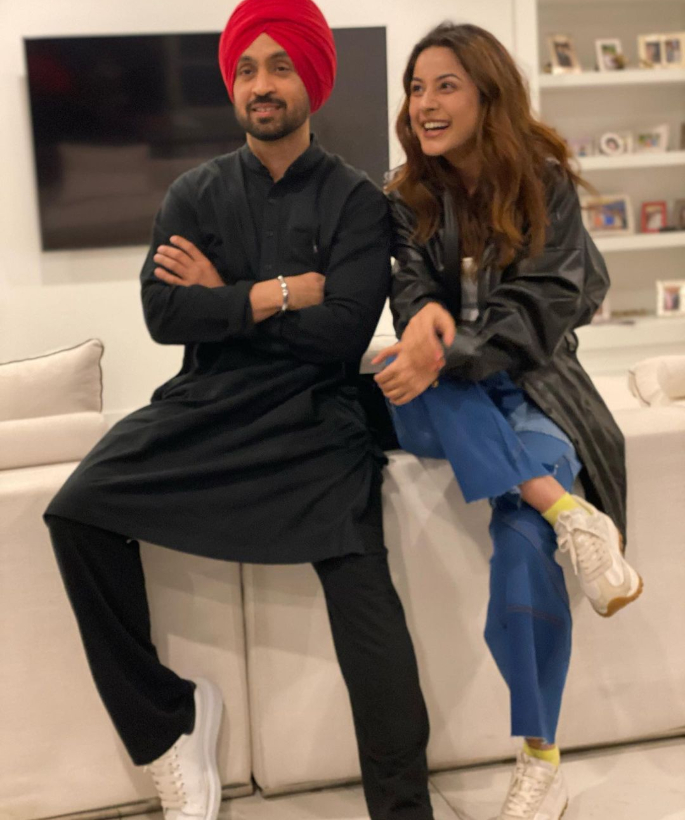 Meanwhile, his Honsla Rakh co-star Shehnaaz flaunted a casual outfit and looked glamorous as she did so.

She looked gorgeous as she posed next to Diljit in a long leather shacket that had been left open to reveal her white crop-top.

Shehnaaz completed her look with beige trainers and even gave a pop of colour to her outfit, showing a glimpse of her yellow socks.

She wore her hair in soft curls while she kept her makeup minimalist in order to showcase her natural beauty.

The two stars giggled and posed in front of a neutral background, giving more attention to their matching dress sense. 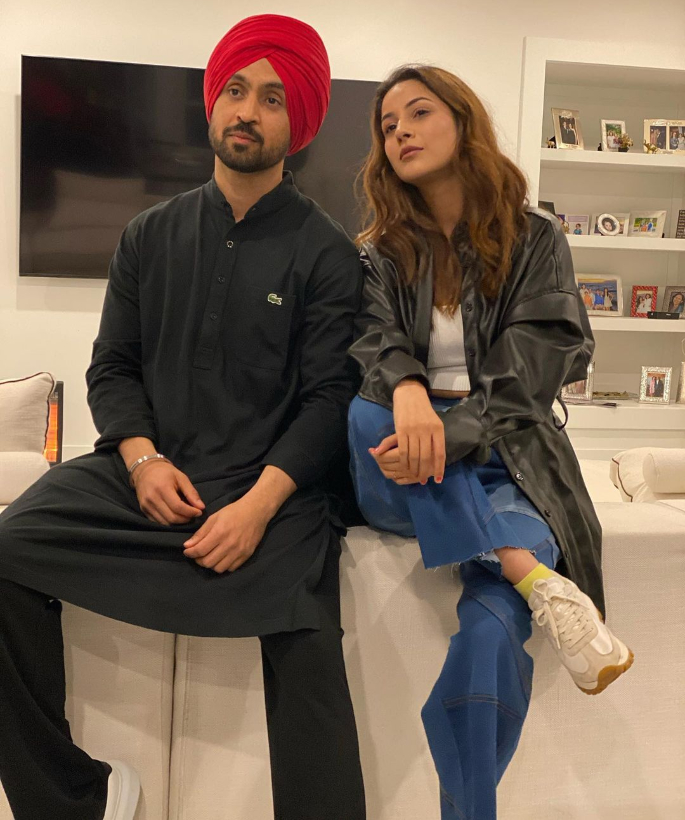 Their matching outfits and playful behaviour with one another hints at their strong on-screen chemistry in Honsla Rakh.

Throughout the shooting of the film, both Shehnaaz and Diljit have been providing glimpses of their time in Canada.

During their time away from the film set, the pair have often shown off their fashion styles.

Diljit opts for designer pieces while Shehnaaz has a liking for casual and retro looks. 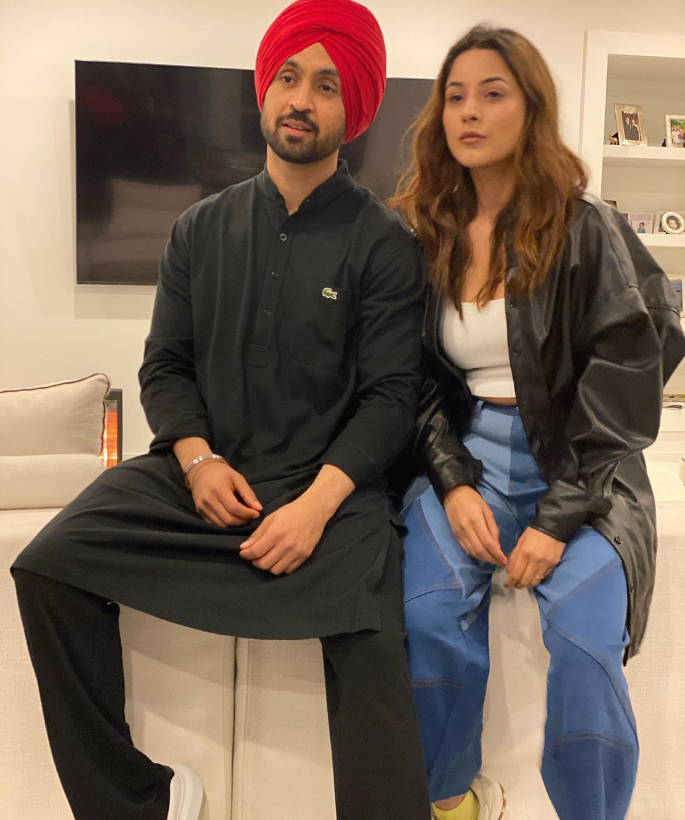 The film is directed by Amarjit Singh Saron and the romantic comedy is set to release on October 15, 2021.

Shehnaaz achieved fame on Bigg Boss 13 where she finished as the second runner-up.

She has gone on to star in numerous music videos, including ‘Fly’, alongside rapper Badshah.

Dhiren is a journalism graduate with a passion for gaming, watching films and sports. He also enjoys cooking from time to time. His motto is to “Live life one day at a time.”
5 of Katrina Kaif’s Fashion Must-Haves
5 Things Sara Ali Khan’s Personal Style says about Her