Bollywood actress Kangana Ranaut has taken to Twitter to express her admiration for the Queen, in the wake of Harry and Meghan’s interview.

“She saved the crown. Let her retire like a Queen.”

Now, she has taken to Twitter to give her opinion on Prince Harry and Meghan Markle’s explosive interview with Oprah Winfrey.

The Duke and Duchess of Sussex shocked the world with their claims against the Royal Family.

Prince Harry revealed that his father, Prince Charles, had “stopped taking my calls”.

However, more shockingly, the pair spoke to Oprah about concerns within the Royal Family over “how dark” their son Archie’s skin might be prior to his birth in 2019.

Just like the rest of the world, the interview has piqued the interest of Bollywood beauty Kangana Ranaut.

She took to Twitter to discuss the interview and, more prominently, her admiration for Queen Elizabeth II.

“For few past days, people gossiped, judged, online lynched a family based on one-sided story at the cost of a family, I never saw the interview as sass, bahu, sajish type stuff never excites me.

“May not be an ideal MIL/wife/sister, but she is a great Queen, she carried forward her father’s dream, saved the crown better than any son could have.

“We can’t play every role to perfection even if we excel at one should be enough.

“She saved the crown. Let her retire like a Queen.” 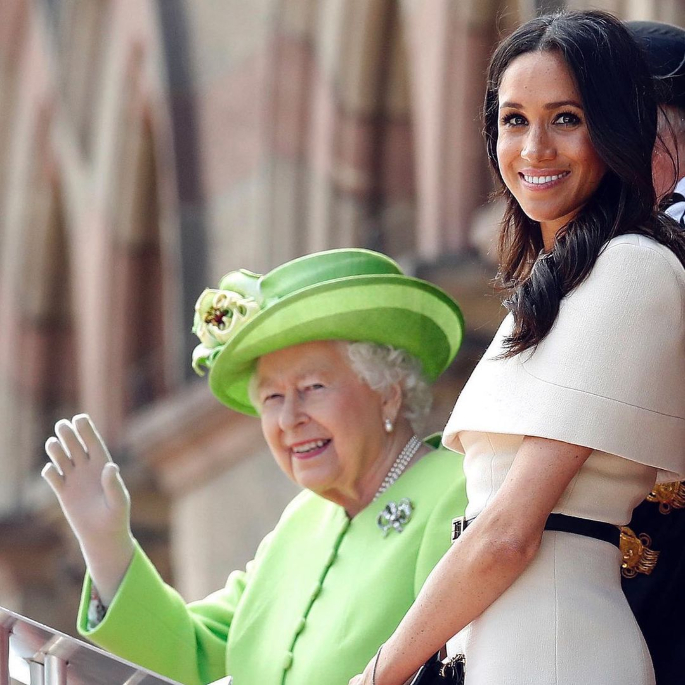 “Kangana, your tweet is very nuanced… unfortunately most people won’t get it… one half will spew hatred against the British while the other half will cry racism.

“The larger point that you’re making about that woman, who happens to be the queen, will go unnoticed.”

Interestingly, Kangana Ranaut replied to the comment with a comparison between the Queen and Mahatma Gandhi.

“Mahatma Gandhi was accused of being a bad parent by his own children, there are various mentions of him pushing his wife out of the house for refusing to manually clean guests toilets, he was a great leader may not a great husband but the world is forgiving when it comes to a man.”

Also on Twitter, Garewal stated that she does not believe any of the claims that Meghan Markle made during her interview with Oprah.

#OprahMeghanHarry I don't believe a word Meghan says. Not a word. She is lying to make herself a victim. She is using the race card to gain sympathy. Evil.

“#OprahMeghanHarry I don’t believe a word Meghan says. Not a word. She is lying to make herself a victim.

“She is using the race card to gain sympathy. Evil.”

In a two-hour interview with Oprah, the Duke and Duchess of Sussex spoke about their decision to step back as senior members of the Royal Family.

Meghan said that she regrets trusting the monarchy when they said they would protect her from the media.

However, Prince Harry expressed his relief that he was able to protect his wife and children, as the pair await the birth of their second child, a girl, in the summer of 2021.