A murder investigation was launched after a well-known restaurant owner was killed following a carjacking in Stockport.

"an extremely tragic case which has rocked the community"

A restaurant owner was killed following a carjacking in Stockport, prompting a murder investigation.

Haji Mohammed Hedayatul Islam, known as Nowab Miah, of Tameside, was delivering a meal on January 8, 2021, in Romiley when the tragedy happened.

It is believed he was run over while trying to stop his car from being taken at around 9 pm on Hazel Avenue.

Police say they are continuing to look for a silver Mercedes which they believe was stolen.

Witness David Speed had said that the restaurant owner was delivering a meal to his home on Hazel Avenue when he saw his car being taken.

He said he heard the doorbell ring before he heard Mr Miah shout: “No, no, no.”

Mr Miah ran to his car and tried to stop the thieves by clinging to the passenger window.

Mr Speed told Manchester Evening News that he put on some clothes and ran downstairs to help, before ringing the restaurant.

A 14-year-old boy has been arrested on suspicion of robbery and remains in custody.

Detectives suspect there were others involved and are urging witnesses to come forward.

“This is an extremely tragic case which has rocked the community and left a family utterly devastated.

“We believe there may have been others involved in the incident and a number of lines of enquiry are continuing to be carried out in order for us to find those responsible.

“We’re still asking the public to come forward with any information that may assist us – even the smallest bit of information can prove vital.

“Anyone who may have seen a silver Mercedes in the area at the time or may have seen it in suspicious circumstances since is asked to get in touch – this vehicle could prove vital in our investigation.

“We’re also keen for anyone with any CCTV or dashcam footage to get in touch.

Mr Miah was the owner of Marple Spice in Marple, Stockport. 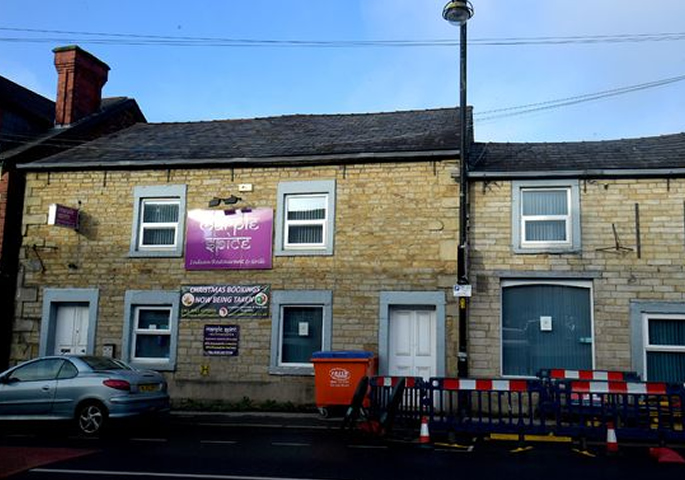 On January 10, his son Shaf Nowab posted on Facebook:

“I am saddened to announce that my father, my mentor, my role model Haji Mohammed Hedayatul Islam, known as Nowab Miah to his friends, has sadly left this world surrounded by close family.

“Many of you will be aware of the recent incident that occurred in Romiley.

“My father is the person that it occurred with, he was just doing his last delivery for our restaurant before he went home.”

“I would like to thank everyone in the community for their prayers and regards and me and my family genuinely appreciate everything you have said.

“Me and my family ask that you keep us in your prayers and allow my family to come to terms with this loss.

Tributes have poured in for the restaurant owner. One friend said Mr Miah was a popular member of the community.

Another friend, Badrul Alom, said: “He looked after the community.

“He was a good friend, very close. He was one of the popular guys.”

Local residents have since launched a GoFundMe page to raise funds for his family and for charity. More than £7,000 has been raised so far.

Dhiren is a journalism graduate with a passion for gaming, watching films and sports. He also enjoys cooking from time to time. His motto is to “Live life one day at a time.”
Amir Khan pictured with £113m Cyber Fraudster in Dubai
Indian Girl kills Herself due to Affair with Two Boys