Boxer Amir Khan is in Dubai and posted a Snapchat of him with a convicted fraudster who was involved in a £113 million cyber scam.

“Just here with my brother Nouman."

Amir Khan has been spotted enjoying the Dubai lifestyle with a fraudster who was jailed for his part in one of the UK’s biggest cyber frauds.

Nouman Chaudhary appeared in a series of Snapchats alongside the boxer, who described him as a “brother”.

Chaudhary was jailed for more than three years in 2016 for his involvement in his brother’s £113 million banking scam.

The 26-year-old from Glasgow is the younger brother of Feezan Chaudhary, who led a plot to scam hundreds of small businesses.

On January 11, 2021, Chaudhary was seen back in Dubai, where he looked at some of the world’s best sports cars with former world champion Amir.

In one clip, the boxer, who owns two homes in Dubai, says:

Chaudhary, who was with other associates from Glasgow, replied: “Chillin in Dubai.”

Amir Khan then says: “Good to see you, always a pleasure man.”

According to the Daily Record, the trip will anger many of the gang’s victims.

One source said:  “Feezan is still inside but Nouman has not long come out of jail and here he is all over Amir’s Snapchats.

“It’s a disgrace for someone on that kind of level to be hanging about with these kind of people. It gives him a bad name.”

Feezan Chaudhary, known by his nickname Fizzy, made so much money scamming small businesses that he once flew a team of valets 8,000 miles to his holiday villa in Lahore to polish his collection of Porsches.

Fizzy is believed to have made approximately £30 million, £1.3 million a month for two years.

Nouman was convicted of conspiring to launder some of the money into property investments in Scotland and Pakistan. 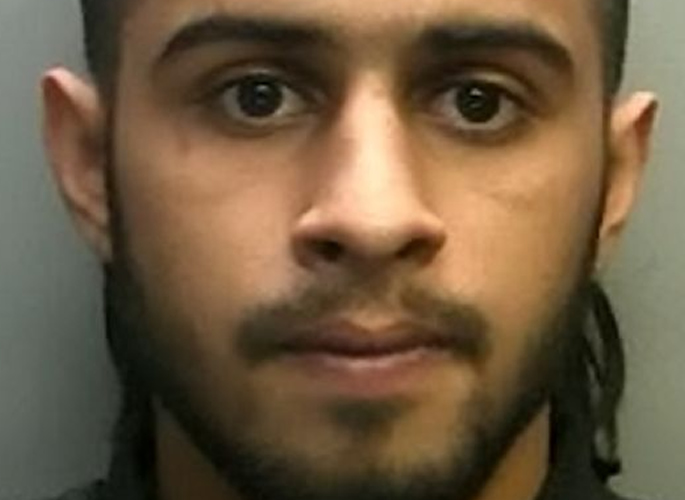 Detectives said the scam targeted 750 victims and left a number of firms almost bankrupt, with many victims losing their jobs.

Feezan posed as a successful music producer and property developer and would use information stolen from banks to con business banking customers that he was an associate from their banking lender.

Members of Fizzy’s gang faced justice in 2016. Sixteen defendants were sentenced to 35 years in prison.

Judge Peter Testar sentenced Feezan to 11 years in prison while Nouman was jailed for three-and-a-half years for conspiracy to launder.

A year after he was jailed, Feezan admitted conspiracy to defraud after trying to run an identical scam from prison.

Dhiren is a journalism graduate with a passion for gaming, watching films and sports. He also enjoys cooking from time to time. His motto is to “Live life one day at a time.”
Gang jailed for moving Weapons Cache & £80k Drugs
Restaurant Owner killed during Carjacking prompts Inquiry