Zubair Khadam, a married man with children has been sentenced for physically assaulting his second partner who is pregnant with his child.

Zubair Khadam, aged 31, from Bradford, who is oddly in relationships with a wife from an arranged marriage and a second woman, has been sentenced for physical assault against his second partner who is pregnant.

Khadam’s hearing at Kirklees magistrates revealed that he had attacked his expecting partner three times during arguments and rows, including punching her in the tummy and saying: “I’ll do ten years for this”.

Prosecutor Emily Jenkings told the court that on September 14, 2018, Khadam first unleashed an attack on his partner at a BP Service Station on Halifax Road in Dewsbury.

This was further to an argument between the couple which resulted in Khadam physically taking hold of her stomach and punching the pregnant woman in the region. In that instance, the woman was fortunate not to sustain any injuries.

Then, a second assault took place two days later on September 16, 2018, when Khadam smashed the rear windscreen of the pregnant partner’s Vauxhall Astra after an argument in the car between them.

The next attack on the pregnant victim was the most hostile.

On September 24, 2018, when she arrived at her house in Dewsbury after work, the couple had another heated exchange resulting in an argument. Khadam pushed her physically against a wall and while holding her up, threw away her mobile phone.

He then returned the next day to her house and after entering her was once again very aggressive towards her.

“He took her phone from her and when she tried to grab it back he kicked out, making contact with her stomach.

During the encounter, Khadam also smashed the victim’s iPhone by throwing it to the ground in anger. 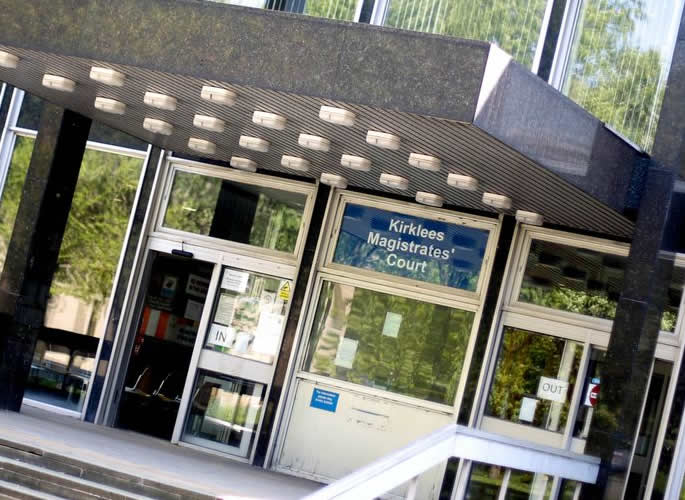 The court heard that the rows and arguments were over money and he claimed he was merely trying to take the phone of her and not hit her.

Further revelations were made about Khadam’s multiple relationships with women, including a wife.

Khadam was said to have been in a relationship with the pregnant victim for five years. However, he also had another partner of five years and his wife whom he married through an arranged marriage.

He has two children with his wife and was going to be a father to the child carried by the victim.

He was currently living with his parents in Bradford along with his wife and children.

The court heard that Khadam had no appreciation of the impact or distress he caused towards others and was self-absorbed without concern to the aggrievance he may have caused.

However, his defending lawyer, Mohammed Yousaf stated in court:

“He’s deeply ashamed at the way he’s behaved and wants to draw a line under it and move on.”

To the three counts of assault and two offences of criminal damage, Khadam pleaded guilty and narrowly escaped jail.

The magistrates sentenced Khadam to a community order which includes 200 hours of unpaid work and 25 activity days for rehabilitation after feeling he led a complex life with little credit.

He was also ordered to pay costs to the victim of £370 for the damage he caused to her phone and rear windscreen. In addition to £85 prosecution costs and a £85 victim surcharge.

To protect the pregnant victim from any future harassment, Khadam was given an indefinite restraining order.

The order bans him from any form of contact with his ex-partner and stopping him from being anywhere near a 100-metre radius from her home address in Dewsbury.