Veena made a public appearance at the Arab Indo Bollywood Awards (AIBA) in Dubai on Friday 29th May, 2015, where she looked very glamourous in a dark red gown and sleek long hair pushed to one side.

The actress’ baby bump was clearly visible and reports suggest that she is 4 months into her pregnancy.

While the actress has not directly confirmed the pregnancy, she has been retweeting photos and news reports from other outlets – which means that she is certainly not denying the rumours! 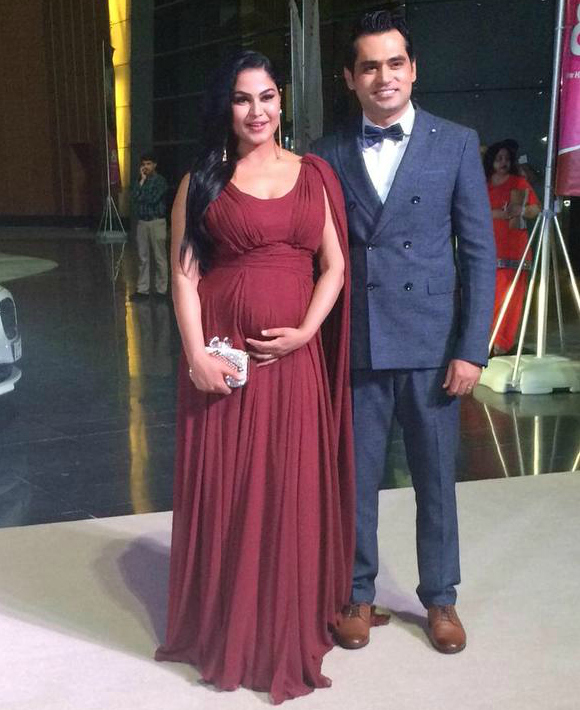 The couple had a great time at the AIBA’s and mingled with the celebrity Bollywood guests who had all gathered. Asad later tweeted his special encounter with Salman Khan:

so glad to hug my beloved brother @BeingSalmanKhan at Aiba Awards …. Love you Bhai and may Allah bless you always..!!! @iVeenaKhan

Veena also posted an Instagram snap of her and hubby Asad with Karan Johar: 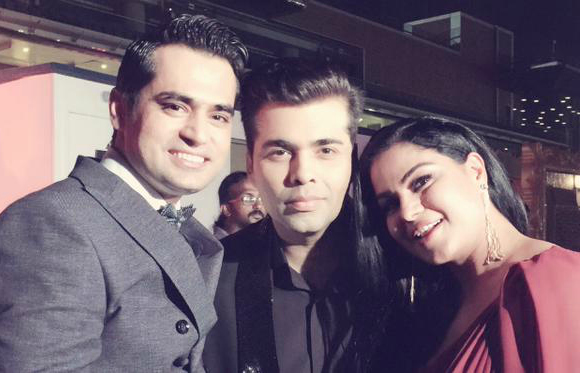 The news of baby numero two has nicely coincided with the announcement from Kim Kardashian and Kanye West, who are also expecting their second child.

Perhaps one of the most popular babies from the Indian subcontinent, Abram has his own Twitter account with 21, 000 followers.

His doting parents regularly post pictures of their son as he grows up. It is clear that motherhood is blissful for Veena and she seems to be enjoying her time away from showbiz!

DESIblitz wishes Veena and Asad a huge congratulations on their happy news!