"It's an old boys' network, simply supporting Mr Scudamore rather than obeying their legal obligations."

Chief Executive of the Premier League, Richard Scudamore has been caught in a sexism row after being exposed by a former PA, Rani Abraham.

Miss Abraham exposed Scudamore after she came across some of his private emails where he had made sexist remarks.

In the emails, Scudamore reportedly wrote about ‘female irrationality’ and ‘big titted broads’.

Abraham worked as a Personal Assistant to Scudamore temporarily between September and November 2013 at a salary of £40,000 per anum.

When the matter broke in May 2014, the Premier League said: “We do not recognise this characterisation of the working environment at the Premier League, nor do we believe that it can be supported by the facts.

“The chief executive has already apologised for any offence caused and a proper review of all the evidence is now under way within the Premier League’s established and rigorous procedures.” 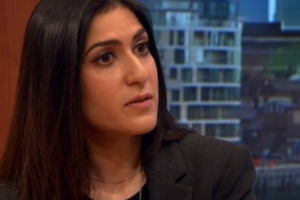 Leaking Scudamore’s emails to the public, Rani has faced censure from the Premier League, who have accused her of ‘professional misconduct’ and insisted that she deliberately looked through the private emails of the Chief Executive.

In further support of Scudamore, the Premier League added: “The temporary PA was not exposed to [the emails] in the course of her duties but had to search for them in a private email account which she was not authorised to access.”

The Premier League further stated that it had undergone a further investigation of Scudamore’s correspondence and had found nothing untoward:

“There is no evidence of wider discriminatory attitudes or inappropriate language or a general attitude of disrespect to women.”

Abraham countered this statement by the Premier League saying:

“I can’t understand how the Premier League can claim their investigation is ‘rigorous’ when they have never asked to interview me for my views or experience,” she said. 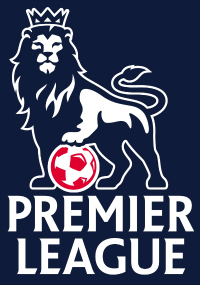 “Surely as the person who felt they had no choice but to blow the whistle … I should have been their first port of call. Any proper investigation normally starts with the complainant and is expanded from there.”

Despite this, no action was taken against Scudamore, and even the Football Association’s chairman Greg Dyke, have refused to get involved, as Scudamore is not their employee.

Scudamore himself said: “Entering into email exchanges of this nature was wrong and the apology I have made is sincere, as is the contrition I feel.”

Abraham sued the Premier League for being an “institutionally sexist old boys’ club” for the sum of £150,000 in June 2014.

Since then, she has also decided to take legal action against the Football Association.

Lawrence Davies of Equal Justice Solicitors said: “Because the FA have aided and abetted the Premier League in the victimisation of our client, we say they have effectively acted as the agent of the Premier League to shut this matter down.”

Abraham’s lawyers have also written a direct letter of appeal to Prince William, who is the President of the Football Association. In the letter, they apparently stated: “In your capacity as president of the FA, my client hopes that your sense of fair play and honesty may be brought to bear to resolve the situation.”

The letter also warned that if action was still not taken then they would forward the concern to UEFA, reporting both the Premier League and Football Association.

With the beginning of the new season of Premier League 2014/2015 now beginning, it will be interesting to see how the Greg Dyke and Richard Scudamore respond to the continued sexism allegations by Abraham.

Aisha an English literature graduate, is a keen editorial writer. She adores reading, theatre, and anything arts related. She is a creative soul and is always reinventing herself. Her motto is: “Life is too short, so eat dessert first!”
Sania Mirza wins 2014 US Open Doubles Title
Wasim Akram and Shaniera celebrate Baby News