Sergio Perez is confident he will remain with Force India in a new contract, joining Nico Hulkenberg who has just inked a two-year deal with the F1 team.

“Nico has the speed and maturity to help us achieve some great results in the years ahead.”

Nico Hulkenberg is confirmed to stay with Force India’s Formula One team until 2017, while Sergio Perez hopes to do the same.

Hulkenberg says: “I feel at home here so it made perfect sense.”

Having rejoined Force India in 2014 after a 12-month stint with Sauber, the 28-year-old is hopeful for the future.

“The progress the team has shown over the last two years has impressed me and gives me confidence for the future.”

“Nico has the speed, the technical knowledge and the maturity to help us achieve some great results in the years ahead.

“We will do everything we can to continue delivering a car to match his talent.” 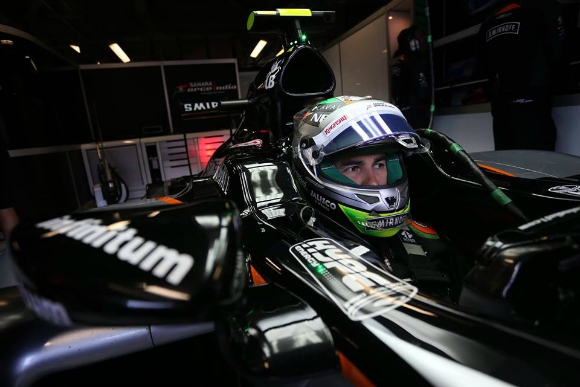 On the other hand, details for Perez’s contract with Force India are expected to be nailed down in the next few weeks.

There have been speculations over the Mexican driver’s move to Lotus, which has been in talks with Renault for a potential takeover to resolve its $287m (£190m) debt.

But Perez emphasises his intention to stay put: “I have a contract with the team and as you know, I have a group of sponsors that are trying to make the announcement altogether.

“My priority is to stay here. The team is going upwards and is really pushing, and I know the plans of the team so I am really happy to stay here.”

The former McLaren driver’s new contract is expected to be announced before his next race in Singapore on September 20, 2015.

Perez currently ranks at 11th place in F1 drivers’ standings with 25 points, followed by Hulkenberg at number 12 with 24 points.