From simple beginnings Patak’s has become a successful household brand for Indian cooking in Great Britain. Loved by chefs and home cooks, re-branding of the product range and a new advertising campaign aims to give it a new culinary platform.

Britain’s Number one producers of Indian cooking sauces, pickles and chutneys, Patak’s has sold its business worth £200million. A family dispute over share inheritance forced Kirit Pathak to sell his business. Associated British Food (ABF) purchased the brand 2 years ago. The company is celebrating its acquisition by relaunching Patak’s with a brand new advertising campaign.

Patak’s was founded in 1957 by L G Pathak, Kirit’s father, after the family emigrated to the UK from Kenya. Patak caters for the retail and restaurant sector with ready made meals and curry sauces. Patak’s brand is distributed to over 40 countries including Europe, Japan, Australia, New Zealand, United States and Canada. It supplies supermarket chains and 75% of the 8000 British Indian restaurants.

Patak’s is planning a £5 million relaunch and re-brand with new products and a new TV advertising campaign to rival Sharwoods. 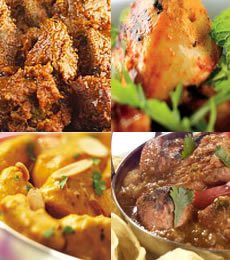 The campaign will be supplemented by a line marketing activity with in store sampling, newspaper adverts and a new website. Patak’s sauces will have a new look. The product packaging will be re-branded with a stronger, brighter, more authentic image. The campaign is reinforced with new product development.

New products include ‘oven bake’ Biriyani Sauce, the first in a range of oven baked sauces. New restaurant side dishes such as Saag Aloo, Easy Mushroom Bhaji and Easy Bombay Potato will be released. 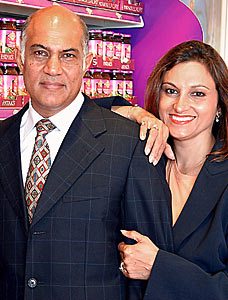 Patak’s has experienced a lot of difficulties over the last few years. The inheritance dispute over shares threatened to split the business and the family. The Pathak sisters stated that they had been conned out of shares left to them by their late father. The dispute was settled out of court.

This is not the first time Patak’s has been through hard times. A distribution problem and mismanagement forced Kirit Pathak to leave school at 17 and help his dad in the business. However the Patak’s have overcome their problems to build a strong business. The family achieved a double OBE for Kirit Pathak and Meena Pathak in 1997 and 2002.

The Lancashire based business has expanded to 700 staff over the last few year2. Although it has been forced to close its factory in Brechin staff were moved to other sites in Dundee and Cumbernauld. Patak’s has since acquired Galtres Food, a Cumbernauld based Naan bread factory. This will increase Patak’s turnover by £10 million. Patak’s is now constructing a £10 million production plant in Leigh, Lancashire.

The acquisition of Pataks by Associated British Food has resulted in a merger with ABF’s other businesses, Blue Dragon and Westmill Foods which includes Pride Oil, Tollyboy Rice and Rajah Spices.Kirit Patak maintains influence over the business as chairman of Pataks and Blue Dragon. The combination of ABF businesses will create a market leader in Asian food and launch Patak’s into an international brand.

Patak’s is a household brand in the UK for curry and no doubt the TV campaign will add to the well known fact that  Britain does love curry.

S Basu wants to explore the place of Indian diaspora in a globalised world in her journalism. She likes being a part of contemporary British Asian culture and celebrates the recent flourishing of interest in it. She has a passion for Bollywood, Art and all things Indian.
Shilpa Shetty launches Food brand
Best Wines for Indian Cuisine