It is estimated that 2,000 girls are being killed across India every day.

The Prime Minister of India, Narendra Modi, used his monthly radio address on Sunday 28th June 2015 to urge fathers to post selfies of themselves with their daughters to social media.

Prime Minister Modi took this idea from the head of a village in the northern Haryana state of India, who has been working to raise the status of women in the country.

Only hours after the Prime Minister copied this initiative, thousands of men tweeted photos of themselves and their daughters, using the hashtag #SelfieWithDaughter.

Prime Minister Modi, who has already shown his knowledge of new social media, hopes that the movement will celebrate families with their girl children.

The hashtag #SelfiewithDaughter is part of the wider “Beti Bachao, Beti Padhao” (Save the Daughter, Educate the Daughter) movement across India. 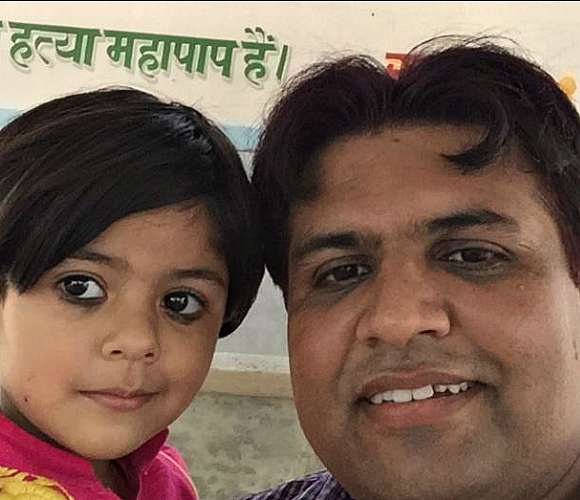 Modi’s campaign has also spread around the world, with parents tweeting photos of their children.

Orlando Jones posted a picture of his daughter and said: “Supporting from the USA. Gender equality matters.”

More and more tweets show the success of Modi’s idea:

@narendramodi: TY for #SelfieWithDaughter. When you raise a daughter, you raise a nation! pic.twitter.com/E3RrjfLpnQ — Filiberto Gonzalez (@gofiliberto) June 28, 2015

Throughout India, there are far fewer girls born than boys each year. Historically, India’s patriarchal society has preferred boys over girls, with many baby girls being killed when they are born, as they are not valued as much as male children.

Earlier in 2015 it was estimated that 2,000 girls are being killed across India every day.

During his electoral campaign, Prime Minister Modi used the Twitter hashtag #SelfiwithModi, which saw over 7,000 people posting photos of themselves with the politician.

Now, the Prime Minister is using his savvy with social media to raise awareness of the position of women in India, and create a positive message about female children and their families.

Social activists hope this initiative will help India become more gender equal, as families across the country see that having a daughter is something to be celebrated and valued.

Eleanor is an English undergraduate, who enjoys reading, writing and anything media related. Aside from journalism, she is also passionate about music and believes in the motto: “When you love what you do, you’ll never work another day in your life.”
Sara Khan enters Woman’s Hour Power List 2015
Desi American Man Jailed for Life for Murder