Pakistan through a Foreign Lens by Alex and Sebastiaan

"It was like madness in music form—at times very frantic, very intense, but always fascinating."

Alex and Sebastiaan, the travelling couple, quit their ordinary jobs, to take on a life-changing adventure, and wander through Eurasia.

Climbing up their travel imaginings, the 20-something, energetic and courageous pair, also landed in Pakistan!

With the dream of having a passport full of stamps, their Instagram account, @lostwithpurpose, is flooded with gorgeous travel photography.

In an exclusive interview, DESIblitz asked the lively couple to describe their sensory experience of Pakistan. Defining the country as an adventure for all the senses, Alex and Sebastiaan, wandering with sight, touch, smell, sound, and taste, discover the nation’s inner surroundings.

Here, indulge in a sensory ride of foreign lens and perceptions! Pakistan, through the five senses.

The Smell of Pakistan 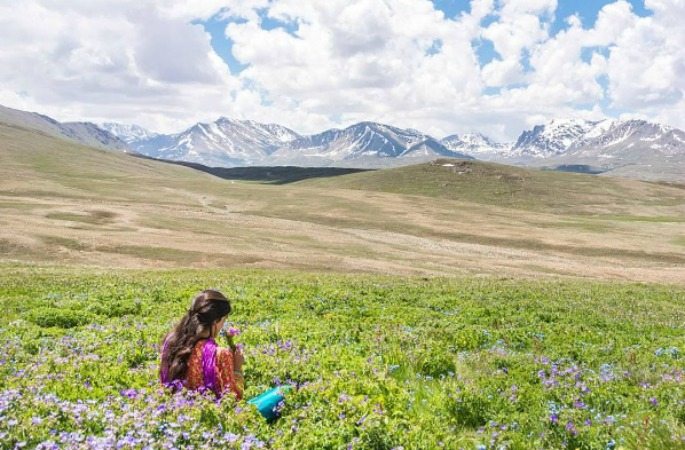 Indeed, it is the smell that colours your understanding of a new destination.

Pakistan has a distinct smell. What is it?

Alex and Sebastiaan, divide Pakistan’s smell between the cities and the mountains of the northern areas:

“The cities smell bad. The street is their rubbish bin, so there’s trash everywhere.”

Meanwhile, they found the mountains to be a refreshing change:

“The mountain air smells much fresher. We were in the north during the cherry and apricot season, so the air was delicious with the smell of ripe cherries and drying apricots.”

And of course, where there is the smell, there is also the taste!

The Tastes of Pakistan 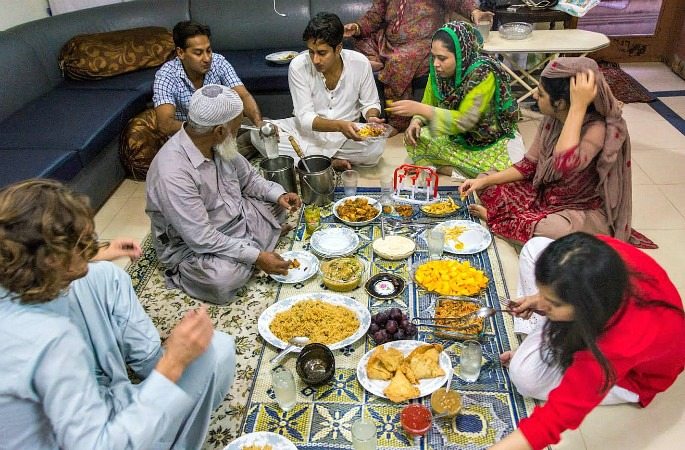 Travelling through the culinary tour, collecting the tastes of Pakistan, Alex and Sebastiaan discovered: “A dizzying array of flavours,” which was not just the cookery kind.

Rather, for them: “It tastes like the sweat licked off your lips on a hot summer day, the sickly taste of exhaust when you’re stuck in traffic in a rickshaw.”

On the other hand, they say: “There’s the sweet mountain air of Hunza* and the gritty taste of dust in Thatta*.”

Also, a wander among the delectable street food stalls and the tastiness of the local flavours is an absolute must! Although Pakistan’s cuisine is truly delicious, it can be very spicy! But, interestingly, for Alex and Sebastiaan:

“Everyone was concerned that we would find things too spicy, but we love spiced foods, and Alex will readily eat anything that promises to set her mouth on fire,” says Sebastiaan.

Describing their experience in Lahore, Sebastiaan tells us:

“We were taken around by some friends, one of whom was a ‘Butt*.’ We’d heard jokes of Lahoris and their love for eating, and that Butts are the most overindulgent of all. Dude, those stories were so, so true!

“She got us both sandwiches. Then took us to snag some iftar* food, then took us to one of Lahore’s food streets, then finally to a place for lassis. She ordered us each a lassi* AND faludeh*, then asked after a few minutes if we wanted anything else. We responded with something along the lines of ‘We are about to die’, which she interpreted as encouragement to buy ANOTHER lassi. Oh man, belly hurts just thinking about it.”

Surely, an unmissable experience, to complete your journey and immerse yourself completely in Pakistani culture!

The Sounds of Pakistan 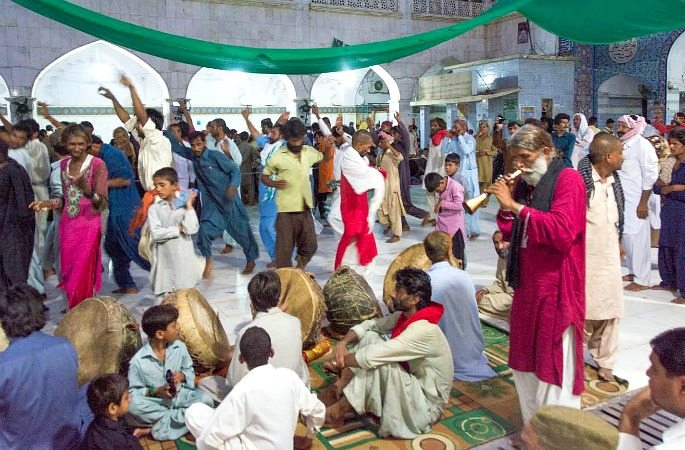 Pakistan also encourages the hearing. Not just with its forceful sounds of the car horns beeping in the streets. But, also its elegant sounds of nature, expressing the northern heights. As beautifully described by Alex and Sebastiaan:

“Nature’s symphony filled our ears. Rushing glacial waters gurgled as they tumbled down mountainsides. Trees whispered as their leaves rustled and brushed up against each other.

“The occasional crack of an avalanche sounded from the snowy peaks of mountains, and the high-pitched bleating of goats often pierced the air.”

When compared with the South, the people make the sounds of Pakistan:

“The musical voices of juice wallahs* rise above the din and clatter of busy trains, and the honking of rickshaws and motorbikes are ever present in the busy streets of Karachi.”

Fascinatingly, no two cities ever sound precisely the same. Each has its own soundtrack as an identifiable characteristic. Alex and Sebastiaan say:

“We saw a ceremony at the shrine of Lal Shahbaz Qalandar in Sehwan Sharif. There were drummers beating up a storm, and horn players piping a fast-paced tune. It was like madness in music form—at times very frantic, very intense, but always fascinating. Just like Pakistan!”

Surely, nothing thrills more than enthralling sounds of an unknown country!

The Touch of Pakistan 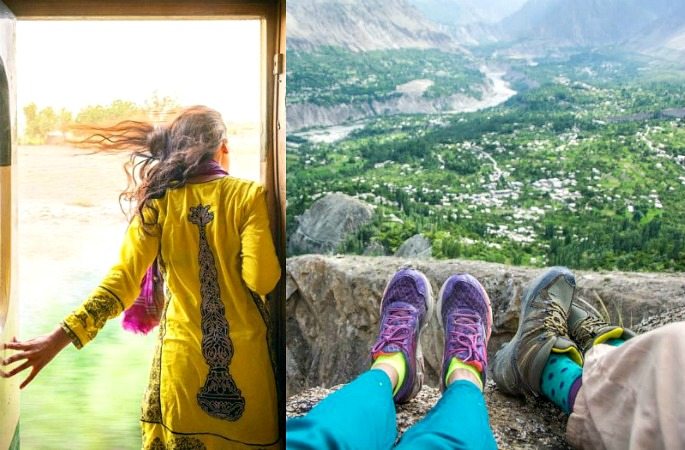 For Alex and Sebastiaan, the atmosphere of Pakistan, its air quality, temperature, and texture of the ground was:

“Slimy. So slimy. For us, the vast majority of our time in Pakistan was spent being fantastically sweaty and slimy.”

At one instance, the couple says: “We were filmed for a short documentary of sorts. It was totally embarrassing: it was a billion degrees and we were sweating balls, and the cameras caught every single drip and drop.”

Despite the greasy heat, Lahore was their favourite city:

“We could see ourselves living in Lahore for a bit. We’ll definitely be revisiting places in Sindh and Punjab.”

The Sight of Pakistan 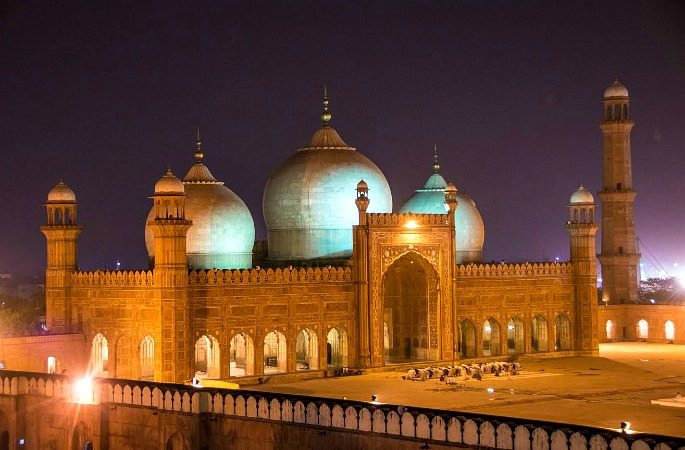 Pakistan is visually stunning, defined by its people, buildings, and scenery. The people are lively and energetic, marked against the canvas of the architecture, and the beauty of nature:

“Pakistan has so much to offer, it’s ridiculous. It has some of the tallest mountains in the world, very accessible nature around the mountains. An insane number of different tribes and people, historical sights thousands of years old, and the most hospitable people in the world.”

“What more could you need?” they ask.

In addition, for them, the most significant building was the Badshahi Mosque in Lahore, its architecture:

“Sure, it’s one of the most well-known buildings in Pakistan, but hot damn it’s gorgeous. We recently visited its sister mosque in Delhi, and we’ve gotta say—the one in Lahore is better, and much less crowded!”

Whereas, the drive from Skardu to Gilgit, was one of the scariest moments for them:

“Most of the road is very narrow, winding, and poorly paved, and the road snakes along the edge of a mountain with a rushing river below. Despite that, it’s a two-lane road (don’t ask us how). People were vomiting out of the bus windows the whole ride, and we had so many near collisions.” 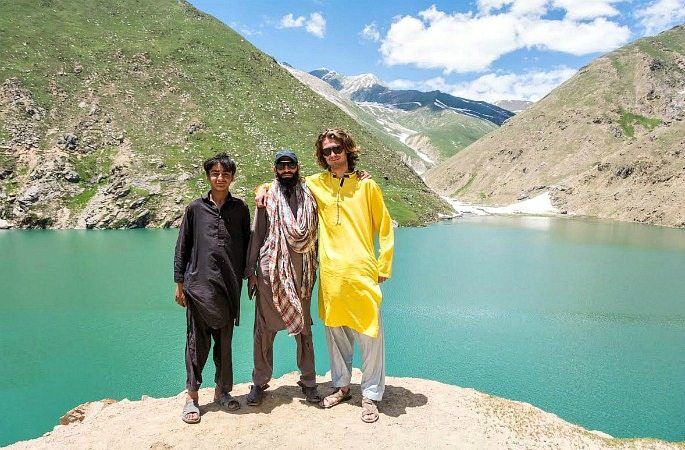 “There is no greater article of clothing than the shalwar kameez. It’s comfortable, colourful, and can be quite elegant if fitted properly (not that ours were). Alex wore hers until both shirt and pants literally ripped in half, and Sebastiaan constantly bemoans the fact that he can’t wear shalwar kameez everywhere in the world without being judged.”

Talking about communication, they found that many people in Pakistan speak a high level of English, which made their travelling a lot easier. And instead, they picked up some of the Urdu languages:

“Like ‘do chai and ‘salaam’ and slang like ‘desi joint.’ Sometimes we can count to 10, but we often mix Urdu numbers up with Persian numbers.” 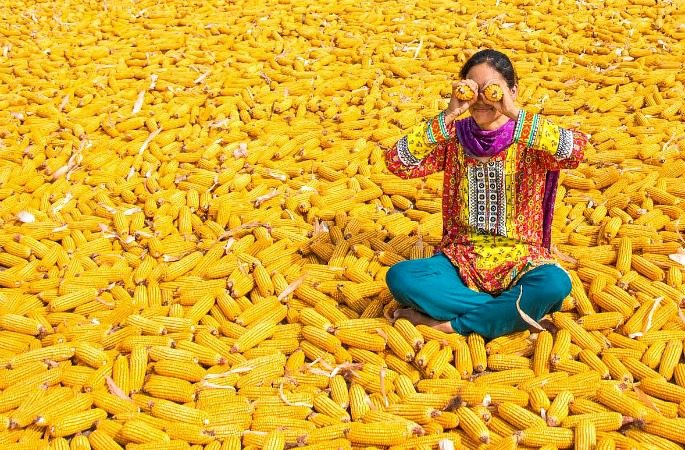 When we asked Alex and Sebastiaan to describe Pakistan in one word, they expressed:

“Unpredictable. But in the best way possible!”

Each of their impressions of Pakistan was divided between the cities and the northern areas.

Every day for them was a new adventure, and more often than not, they learnt: “What you planned on doing and what actually happens are two very different things. Embrace it, and let Pakistan surprise you!”

But, they say: “We recommend planning your Pakistan trip before you leave. Many backpackers travel overland and get visas on the road, but that’s not possible with Pakistan. Pakistan visas can only be obtained in your country of residence.”

Like every country, Pakistan also contains its classic challenges.

Regardless, Pakistan is a country that stimulates and encourages the hearing, smell, touch, taste, and sight. And thus, provided Alex and Sebastiaan, with unforgettable memories and photographic images.

To see more of their ongoing travel photography across Asia, visit their Instagram or follow their blog.

Images Courtesy of Lost With Purpose and Alex and Sebastiaan.