In a diplomatic deal, China has unveiled plans to build a superhighway through Pakistan at an estimated cost of £30.7bn. DESIblitz reports.

"The Chinese are stepping in, in a much bigger way than the United States ever contemplated."

Pakistan and China have held close diplomatic, military and economic ties for decades.

The deals are part of the proposed $46bn China-Pakistan Economic Corridor (CPEC) development, which foresee Chinese investments into the construction of roads, rails and power plants for over 15 years.

This aim of the project is simple: to create a trade route, or ‘superhighway’, from the western Chinese city of Kashgar to the southern Pakistani port of Gwadar.

What is most striking about this visit is the scale of the President’s announcement, particularly if compared to the American effort from 2009 to 2012 – in which the program was described as a ‘dramatic failure’ of their mere $7.5 billion (£5bn) for development projects over five years: 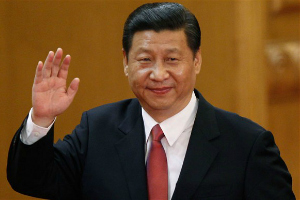 “The Chinese are stepping in, in a much, much bigger way than the United States ever contemplated,” said Jahangir Tareen, a Pakistani businessman, and the secretary general of the Pakistan Tehreek-e-Insaf party.

Under the CPEC development, China’s government and banks will lend to Chinese companies, so they can invest in projects as commercial ventures.

A network of roads, railways and energy developments, expected to stretch 3,000km (1,865 miles) will give China cheaper market access to the Middle East by providing an alternative trade route to using its current ports on its eastern and southern coasts – vital for the country’s oil imports.

This deal with China will allow for $15.5bn (£10.4bn) worth of coal, wind, solar and hydro energy projects to come online by 2017 and add 10,400 megawatts of energy to Pakistan’s national grid, according to officials.

A $44m optical fibre cable between the two countries is also due to be built. It is, therefore, without a doubt that the country will see a sure improvement before the next poll in 2018.

$46 billion is more than the GDP of 106 countries worldwide. It’s 20 percent of Pakistan’s own GDP.

There are, however, concerns voiced by the Chinese President, Xi Jinping:

“China and Pakistan need to align security concerns more closely to strengthen security co-operation,” he said in a statement to Pakistani media on April 19, 2015.

“Our co-operation in the security and economic fields reinforce each other, and they must be advanced simultaneously,” Xi Jinping added.

The corridor is expected to pass through Pakistan’s poorest Baluchistan province, which is suffering the impact of an ongoing separatist insurgency. India has also voiced it scepticism, since the link will run through disputed territory. 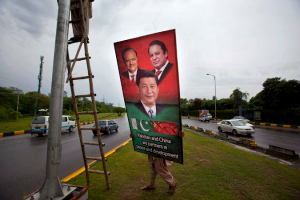 Security will be high on the Chinese president’s concerns to not only to seek a streamlined project, but also to ensure the security of Chinese workers and engineers who are expected to be based in Pakistan for the duration of the project.

This is an exciting and fruitful time for Pakistan. Pakistan’s bureaucracy, political leadership and national unity will also be tested every step of the way as these projects would represent the largest investment seen in Pakistani history by the Chinese.

Pakistani Minister, Ahsan Iqbal explained the plans are ‘very substantial and tangible projects which will have a significant transformative effect on Pakistan’s economy’.

This visit is indicative of a new chapter of friendship between China and Pakistan; two countries sharing the world’s most beautiful mountains and rivers, taking advantage of these new opportunities of geographical convenience and developing strong bilateral ties.