Navinder Singh Sarao, dubbed the ‘Hound of Hounslow’, has refused extradition to the US after being charged for setting off a ‘flash crash’ on Wall Street.

The maximum sentence of all his charges is believed to tally up to 380 years behind bars.

A British Asian trader has refused extradition to the US, after being arrested on April 21, 2015 for triggering a £500-billion ‘flash crash’ on Wall Street in 2010.

Following his appearance at Westminster magistrates court on April 22, 2015, Navinder Singh Sarao has been granted bail by the US prosecution.

The conditions of his bail include a security of £5 million from himself and £50,000 from his family, an electronic curfew from 11pm to 4am, and surrendering his and his parents’ passport.

District judge Quentin Purdy said: “You are significantly less likely to flee if your parents are unable to move from this jurisdiction.”

The court also demanded that he reports to the local police station three times a week and must not travel outside England or Wales.

Sarao, a Brunel University graduate, will remain in custody until all bail conditions have been met. 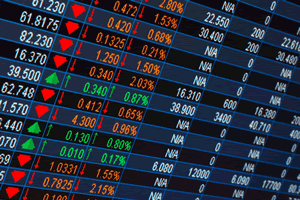 ‘Spoofing’ is a technique that involves placing multiple fake bids or orders without the intention to follow through.

Aaron Watkins, the US prosecutor, accused Sarao of using computer software to ‘request or cancel an order almost simultaneously in under one second’ so that he could ‘exploit inflation for personal gain’.

The maximum sentence of all his charges is believed to tally up to 380 years behind bars.

In addition, a US judge has frozen all of Sarao’s and his company’s assets and accounts, with an estimated worth of £4.6 million.

A witness statement filed by an FBI agent states he had gained £26 million under his trading company, Nav Sarao Futures, between 2010 and 2014.

His illegal dealings, some of which was worth £130 million, set off a ‘flash crash’ on Wall Street in 2010 and caught the attention of the US authorities.

A statement from the US Department of Justice read: “Sarao’s alleged manipulation earned him significant profits and contributed to a major drop in the US stock market.

The result was the ‘flash crash’ that happened on May 6, 2010, when the Dow Jones Industrial Average drastically fell almost 1,000 points within 5 minutes.

However, the markets’ quick rebound initially led regulators to attribute the event to high frequency trading – ‘a type of accelerated computer-based trading’.

Investigation by the FBI and Department of Justice later revealed Sarao was actively influencing the share price of the E-mini S&P 500, a popular market that includes Amazon and Bank of America. 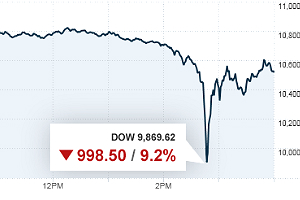 While this plunged share prices and wiped out £570 billion in value from some of the biggest companies in the US, the trader – dubbed ‘Hound of Hounslow’ – made a profit of £588,000.

Aitan Goelman, the US Commodity Futures Trading Commission’s director of enforcement, said: “His conduct was at least significantly responsible for the order imbalance that in turn was one of the conditions that led to the flash crash.”

By creating an illusion of increased demand or supply, Sarao was able to make substantial profit from his withdrawn orders.

Sarao, a father of two, has been on the authority’s radar for the past few years. He had been questioned by the UK’s Financial Conduct Authority in 2009 and 2010.

He reportedly told the Chicago Mercantile Exchange to ‘kiss my ass’ after they contacted him about his cancelled orders. 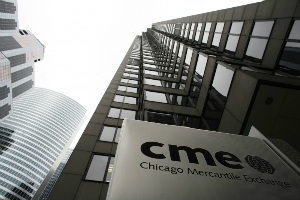 More recently in 2014, Sarao described himself during an investigation as ‘an old school point and click prop trader’ who had ‘always been good with reflexes and doing things quick’.

His neighbour, though not having seen Sarao for years, claimed his family did not come across as flashy.

Harmesh Singh Johal said: “They are not showing off with Mercedes or something like that. [Sarao] didn’t have a car. They are a very nice family. Very religious.”

For now, Sarao will remain in custody until all bail conditions are met.

Images courtesy of CNN and The Telegraph