Man Sexually Assaulted Police CSO after He Tried to Kill Himself

Zahir Abbas sexually assaulted a Police Community Support Officer (PCSO) who tried to help him after he attempted to commit suicide.

"she did not have to put up with the assaults."

Zahir Abbas, aged 34, of Heckmondwike, West Yorkshire, was jailed for four years and one month after he sexually assaulted a Police Community Support Officer (PCSO).

Leeds Crown Court heard the officer had tried to help him after he took a cocktail of drugs and alcohol and tried to take his own life.

Abbas had drunk four bottles of whisky, taken crack cocaine and heroin when he lost control of his car, crashed into another car and hit a wall.

Abbas sexually assaulted the officer at around 3 pm on December 1, 2018, near Wakefield.

The PCSO was on her way to work when she saw the incident and went to help. She went to assist the woman driving the other car before going to check on Abbas.

She found him slumped in his seat. Abbas smelt of alcohol and was slurring his speech. He swore at her and tried to leave but the PCSO refused to let him leave.

He groped the officer on two occasions and used sexual phrases when other officers arrived to arrest him.

Four empty whiskey bottles were found in the vehicle. Abbas claimed to have drunk them but refused to provide a breathalyser test.

He also said he had taken cocaine, crack cocaine and heroin. 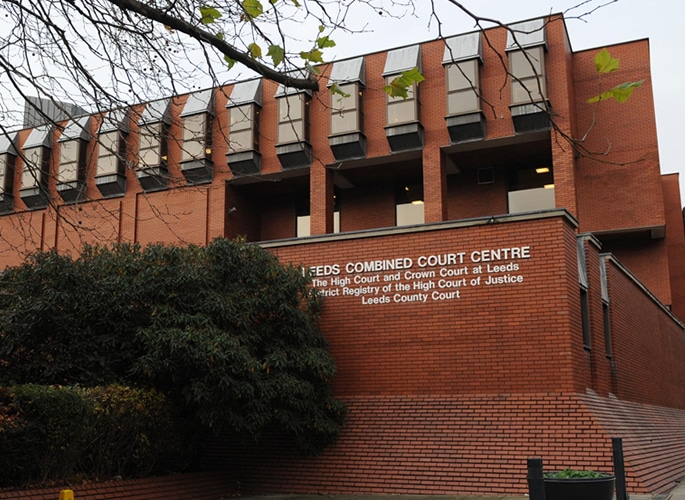 Abbas was released on bail but was arrested again on February 9, 2019, after a police chase through Dewsbury and Heckmondwike.

Abbas was the passenger which sped away from police, going through red lights and mounting a pavement.

The driver continued to try evading police despite puncturing the tyres of the car.

The vehicle went into a pedestrianised area at the back of a bus station in Heckmondwike where Abbas tried to escape.

He was arrested and officers found him to be concealing 39 wraps of heroin and crack cocaine in his underwear. His phone contained texts linking him to drug supply.

Carmel Pearson, prosecuting, explaining that it was difficult to persuade the PCSO that she had been sexually assaulted.

“She thought it was something she should put up with as part and parcel of her job.

“It was the attending police officer who persuaded her she did not have to put up with the assaults.”

Abbas pleaded guilty to two counts of sexual assault, two of possession of Class A drugs with intent to supply, failing to provide a breath specimen, disorderly conduct, driving with no insurance and driving without a licence.

Abbas has 26 previous convictions for 50 offences, including drink driving and possession of a firearm with intent to cause fear of violence.

In mitigation, Richard Holland said: “He had consumed four bottles of whisky and consumed an awful lot of drugs and his aim was to kill himself that day by driving into something.

“He is rather surprised by his failed attempt.

“In relation to the sexual assault, it is plainly a very unpleasant offence for the PCSO who was acting in the public spirit and trying to keep him there while the police arrived.

“It was loutish and abusive behaviour rather than anything more sinister.”

Abbas told Judge Christopher Batty: “It’s not normal of me to do something like that with a female – whether she is an officer or not.

He stated that he started taking drugs when he was released from prison and was unable to find a job, adding:

“I don’t know how I thought by selling drugs I could better my life.”

Zahir Abbas was sentenced to four years and one month in prison.

Dhiren is a journalism graduate with a passion for gaming, watching films and sports. He also enjoys cooking from time to time. His motto is to “Live life one day at a time.”
Four Members of Family sentenced for £1m Tax Fraud
Three indicted by US Jury for Murder of Daughter-in-Law