More pictures from Ranbir Kapoor and Alia Bhatt’s wedding have surfaced and some show an emotional Mahesh Bhatt hugging his new son-in-law.

Ranbir and Alia Bhatt tied the knot on April 14, 2022, in front of family and close friends.

Pictures of the newlyweds were released shortly afterwards.

More pictures from the wedding have now been released. 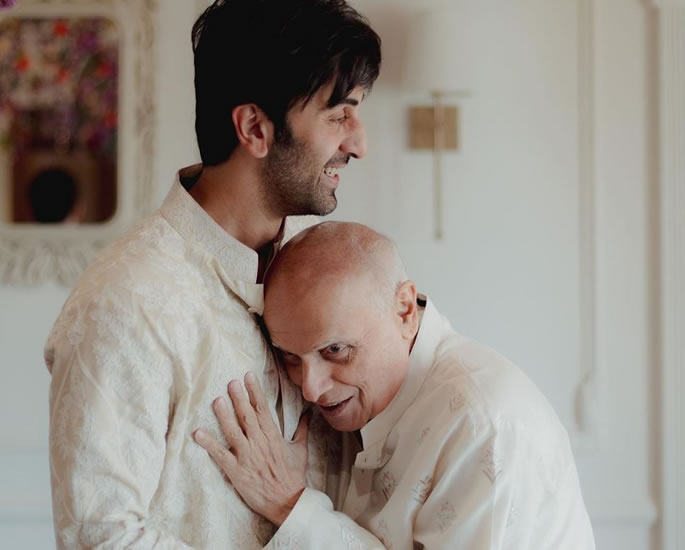 In one picture, Mahesh is seen resting his head and hand on Ranbir’s chest while the actor embraced him.

The pair hugged each other in the second photo.

In the caption, Pooja wrote: “Who needs words when one has the ability to listen and speak from the heart?”

Many took to the comments section to express their love for the heartwarming pictures. 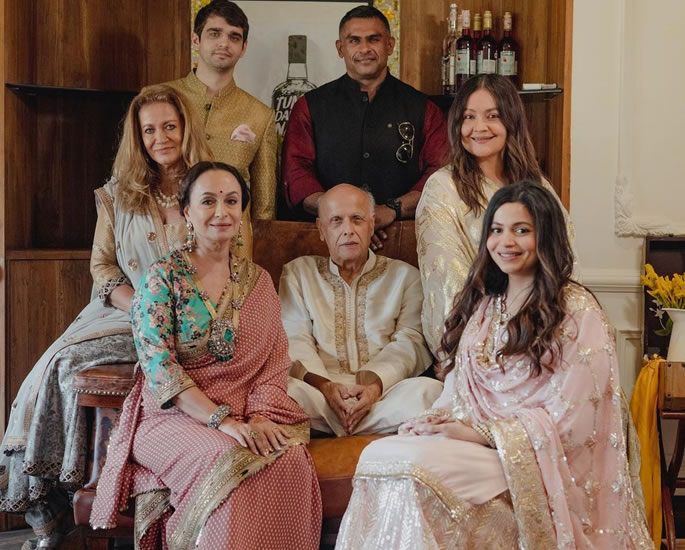 The two-day festivities began on April 13, 2022, and included the pooja and mehendi ceremonies.

One apartment in Vastu was decorated with lights for the event.

The wedding was reportedly a traditional Punjabi ceremony in front of family members and close friends.

It was reported that approximately 50 people attended the wedding.

This included the likes of Kareena Kapoor, Saif Ali Khan and Karan Johar, who arrived in shades of pink.

Their friends wore gold and white as part of the wedding’s theme.

Ranbir Kapoor and Alia Bhatt wore matching cream outfits for their wedding, with Alia’s gown reported to be designed by Sabyasachi. 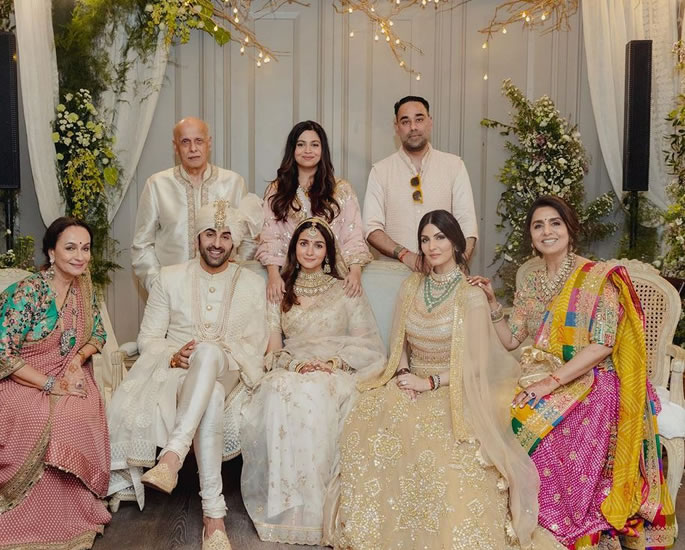 Hours after their wedding, the couple said in a statement:

“Today, surrounded by our family and friends, at home… in our favourite spot – the balcony we’ve spent the last 5 years of our relationship – we got married.

“With so much already behind us, we can’t wait to build more memories together… memories that are full of love, laughter, comfortable silences, movie nights, silly fights, wine delights and Chinese bites.

“Thank you for all the love and light during this very momentous time in our lives.

“It has made this moment all the more special. Love, Ranbir and Alia.”

While the wedding was an intimate affair, Ranbir Kapoor and Alia Bhatt are expected to host a grand reception at a lavish hotel in Mumbai for their fellow Bollywood stars.

Dhiren is a journalism graduate with a passion for gaming, watching films and sports. He also enjoys cooking from time to time. His motto is to “Live life one day at a time.”
Makers of Shahid Kapoor’s ‘Jersey’ face Plagiarism Accusations
Was Anurag Kashyap Mandana Karimi’s Secret Lover?