Lexus Hoverboard goes Back To The Future

After weeks of anticipation, Lexus has finally revealed its working hoverboard. DESIblitz takes a closer look at the Back To The Future II-inspired gadget.

“There is no such thing as impossible, it’s just a matter of figuring out how.”

After weeks of tantalising teaser trailers, Lexus has finally unveiled its jaw-dropping hoverboard, ‘SLIDE’, in its entirety.

The Japanese luxury car maker’s latest PR stunt pays homage to the iconic hoverboard as ridden by Marty McFly in the classic movie, Back to the Future Part II (1989).

The advert shows a group of skaters including professional skateboarder, Ross McGouran, at a skatepark in Spain.

Marvelling over the hoverboard, they ride it with mixed success over water, rails and ramps. 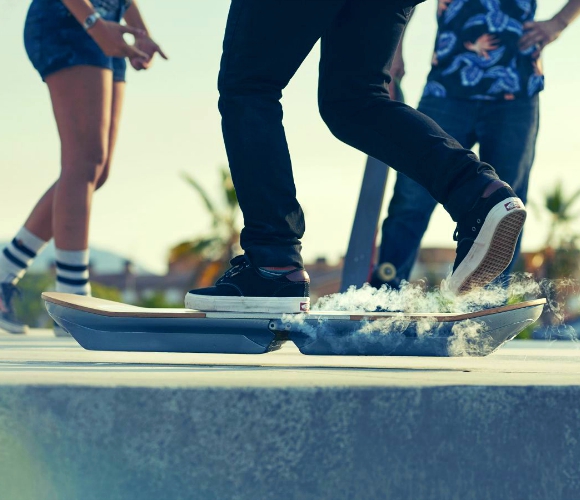 This is indeed a dream invention many have tried to create over the last 26 years. But just exactly how close has Lexus come to recreating what is every skateboarder’s fantasy?

Lexus’s prototype uses electromagnets and liquid nitrogen-cooled superconductors inside the hoverboard (the smoke coming out of the hoverboard) to float over a purpose-built magnetic surface. 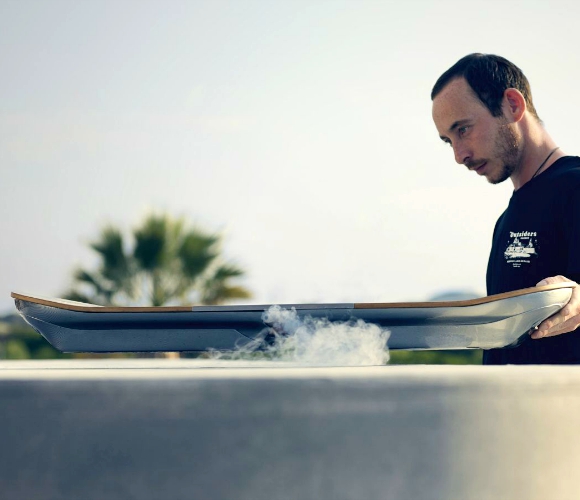 Lexus Chief Engineer, Haruhiko Tanahashi, states: “There is no such thing as impossible, it’s just a matter of figuring out how.”

He adds: “Every part of SLIDE required masters of design, technology and skateboarding to re-imagine their craft.” 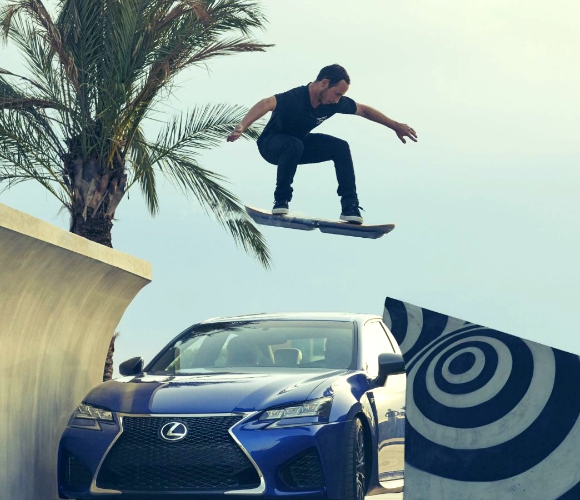 Fans will be slightly disappointed to learn that it cannot be used anywhere, unlike in BTTF II.

Limitations include a maximum usage of 20 minutes. Balancing on the 9kg board is also a tricky business, as the lucky few users discover.

Take a look at the full advert right here:

Although Lexus may not have fully replicated Robert Zemeckis’s vision, they have certainly captured the imaginations of a new generation by bringing the exciting concept a step closer to reality.

DESIblitz hopes for a time-travelling Lexus to be unveiled sometime in the near future!