Nike ‘Back to the Future’ Power Laces are coming

Marty McFly’s Nike self-lacing high top trainers in Back to the Future II are about to become a reality. The Power Lace edition of the Nike MAGs will be launched in 2015 – the same year that Marty travelled to in the ‘future’.

Nike’s self-lacing shoes featured in the cult-classic film, Back to the Future II (1989), are about to become a reality, according to Nike designer Tinker Hatfield.

The shoe has developed almost as big a reputation as the film, with Nike CEO Mark Parker himself, labelling them the ‘greatest shoe never made’.

Fans of Nike trainers and the Back to Future film series were hoping to see a retail release in 2015, which would coincide with the year ‘2015’ that Marty visited in the ‘future’.

Hatfield broke the news of the planned 2015 release on stage at #AgendaEmerge, a trade show in Long Beach, California.

The exact release date is yet to be confirmed, with the designer reminding fans that there are still ’11 and two-thirds months left in 2015′. 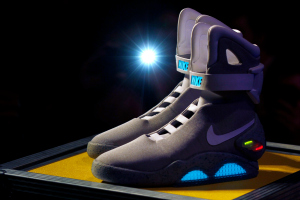 The designer was asked about the Power Lace version of the shoe at the Jordan Brand’s Flight Lab in New Orleans. He replied: “Are we gonna see power laces in 2015? To that, I say YES!”

Whether or not the comments were just misplaced optimism from the designer was unclear up to now.

But Tinker Hatfield’s reiterated commitment to releasing the shoe is a guarantee that Nike are still pursuing this project.

Nike have previously released a version of the Nike MAG shoe, albeit without Power Laces. The shoe had a limited release of 1,500 pairs, via eBay.

Sales of the sought-after pairs totalled $4.7 million (£3.1 million), with the proceeds going to the Michael J. Fox Foundation for Parkinson’s Research.

Patents filed by Nike give an insight into how the shoes’ tech will work. The website Nice Kicks managed to get a hold of the 29-page patent application and kindly posted it for us to geek-out over.

Interestingly, the patent also refers to a weight sensor in the shoe. The weight sensor’s purpose is as yet unclear, but fingers crossed it’s for hoverboard compatibility – which by the way, is also a thing now! 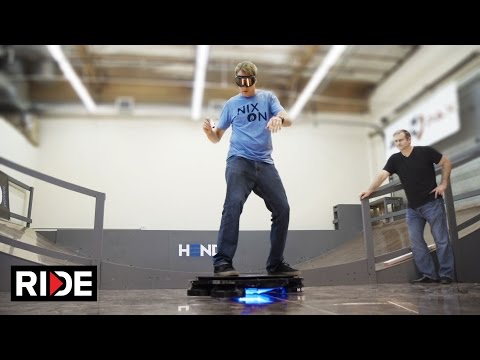 Yes, this is not the first time a futuristic prediction from Back to the Future has become a reality. In 2014, scientists at Hendo Hover created a working hoverboard, similar to the one featured in the film.

The company created an internet frenzy when they teamed up with Pro Skateboarding legend, Tony Hawk. A video of him riding the board has amassed over 10 million views.

Although slow, users have described the hoverboard as surprisingly easy to use. 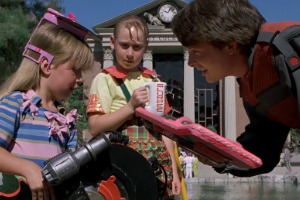 Kyle O’Neil, an engineer on the project said: “Some people say it’s like snowboarding. Some say it’s like how I imagined a hover board is supposed to be, which is kind of an interesting response, because no one’s ever ridden one before.”

In the science fiction novels and films of the past, the future time periods which they depicted, are fast becoming our present.

Many of the futuristic inventions of these stories have become reality. We’ve seen hoverboards and holograms, smart watches and even self driving cars.

For now, we can be content with anticipating the launch of the Nike MAGs. Despite the rest of the questionable fashion trends featured in the Back to the Future film trilogy, the Nike MAGs look legitimately cool!

Zak is an English Language and Journalism graduate with a passion for writing. He is an avid gamer, football fan and music critic. His life motto is “Out of many, one people.”
Windows 10 Preview by Microsoft
10 Things you missed at CES Vegas 2015