Microsoft’s technical preview for Windows 10 has done a great job reassuring users left disappointed with Windows 8. On 21st January 2015, Microsoft are blowing the doors open even wider, at an official Windows 10 event.

"I think what we will show will be interesting to both Windows and XBOX gamers."

Microsoft’s plan to unify desktop and mobile operating systems with Windows 8 was far from a success.

A complete overhaul of a user interface so deeply ingrained in consumer minds was always going to be met with resistance. Their jack-of-all-trades take on computing was destined to be a master of none.

The software giants new take on the hybrid formula is being met with far more enthusiasm.

Bugs and limitations aside, the technical preview for Windows 10 has a bridging the gap vibe to it – the interim between Windows 7 and 8 that should have been.

Although the preview is far from the finished product, there are subtle hints, both hidden in code and embedded into the user experience that indicate Microsoft’s eventual plan for their new OS.

Industry insiders are expecting Microsoft to shed more light on their master plan at the Windows 10 event, planned for the 21st January 2015, at their Redmond, Washington campus.

Big wigs from a number of different Microsoft divisions will attend, including Terry Myerson, Joe Belfiore and Phil Spencer, as well as chief executive Satya Nadella.

With that said here are three things you can expect from the conference:

Microsoft’s official mobile devices have floundered so far. Their phones occupy a fraction of the market compared to loggerheads Samsung and Apple. An underwhelming app store is partly to blame for this, as is the competitions’ earlier adaptation of digital assistants.

In a classic case of better late than never, Microsoft now offer their own digital assistant, Cortana. The service is already available in the US and UK, and is expected to expand to other markets soon.

Microsoft are looking to go one better than their mobile competitors, though. In December 2014, a leaked Windows 10 build showed Cortana running on a PC.

Speculation that the digital assistant will also make it to Microsoft’s Xbox One is also rife. A cryptic tweet from Xbox’s official account reads “Cortana” when deciphered, and the same image is also adorned with Xbox and Halo logos.

The answer to this one is right in front of you. Can you puzzle it out? #Halopic.twitter.com/TR3y1b5zsd

Fans of the Halo game series will recognise Cortana as the AI, aiding the iconic Master Chief in his fight against the Covenant.

However, the name is more than a simple nod to the franchise, as the company have drafted in Jen Taylor, voice of the in-game character to record lines for the service.

As yet, Jen Taylor’s voice is only available for the US, with a british accented assistant stepping in for the UK. That said, it’s not to much of a reach to assume other regions could be given the option to choose in the future. 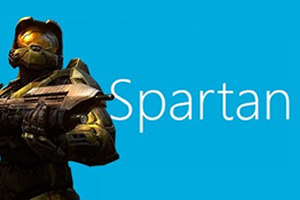 Continuing with the Halo theme, Microsoft are also expected to unveil their new browser, dubbed Spartan during the January event.

The name for the new browser leaked some time ago, and was initially believed to a codename for the latest build of Internet Explorer.

Now it appears Spartan will be a new browser altogether with Microsoft analyst, Mary Jo Foley claiming insiders at the firm let the news slip.

She said: “There’s been talk for a while that Microsoft was going to make some big changes to Internet Explorer in the Windows 10 time frame, making IE “Spartan” look and feel more like Chrome and Firefox.

“It turns out that what’s actually happening is Microsoft is building a new browser, codenamed Spartan, which is not IE 12.”

The new browser has not been made available in the technical preview, which includes a version of Internet Explorer 11, and so the January event will be a great platform to break the news. 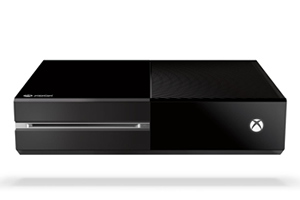 Unless you’re a keen console gamer, the name Phil Spencer probably doesn’t mean anything to you.

In short, Phil Spencer has had a hand in all the good that’s happened to the Xbox One since launch.

From overseeing monthly updates to the system, to securing IPs and games with timed exclusivity for the console.

For whatever reason, Mr. Xbox has somehow wound up on the bill for a Windows 10 event. It has long been speculated that Microsoft’s ultimate goal is a unified experience across all of their platforms.

Phil Spencer’s inclusion at the Windows 10 event further hints at this, however the Xbox boss has been coy about the details. However, Spencer did take to Twitter to answer questions from fans, and confirmed Xbox will be discussed during the event.

@Nicodemus9 I think what we will show will be interesting to both Windows and XBOX gamers. — Phil Spencer (@XboxP3) December 23, 2014

If you needed anymore indication that Microsoft’s plans to unify their platforms include Xbox One, there is this little tidbit here:

“Windows 10 will run across an incredibly broad set of devices. Some of these devices you primarily use touch/pen, others mouse/keyboard, others controller/gesture – and some devices can switch between input types.”

In any case, Microsoft’s event will likely have ramifications across consumer and business computing alike, and will definitely be worth following.

To stay up to date on the latest from Windows and the Microsoft team, check back with DESIblitz.

Zak is an English Language and Journalism graduate with a passion for writing. He is an avid gamer, football fan and music critic. His life motto is “Out of many, one people.”
Best Video Games for the Holiday Season
Nike ‘Back to the Future’ Power Laces are coming