As the annual Consumer Electronics Show (CES) 2015 comes to an end, DESIblitz reviews the amazing new gadgets and technologies on display at Las Vegas in January 2015.

“It is a mind-blowing array of the latest consumer gadgets.”

Every January, the International Consumer Electronics Show (CES) in Las Vegas sets the tone for companies and retailers who bring consumer technology to our high streets.

For over 40 years, the CES has been uniting innovators, business leaders and reviewers in a meaningful forum where exciting ideas are exchanged and challenged.

Ultimately, it is a mind-blowing array of the latest consumer gadgets presented as concepts or market-ready products. Here are DESIblitz’s picks of CES Vegas 2015. 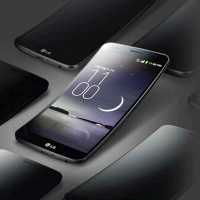 Star of the show, with a curved, 5.5-inch 1080p screen and a 13-megapixel camera, the LG G Flex 2 was named the best smartphone of CES 2015 jointly by TechRadar and Currys PC World.

Other cool gadgets include Storedot’s prototype charges a phone battery from empty to full in under two minutes. Expect them to hit stores in 2017. 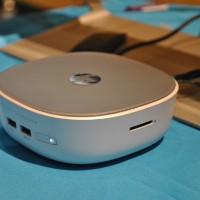 Light as a feather, the Samsung ATIV Book Blade 9 weighs just over two pounds and boasts up to 12.5 hours of battery life.

In addition, the sleek HP Pavilion Mini desktop is as small as your palm and takes up no more than 2.06 inches of workspace but can store up to 1TB of data. Price starts at £212.

The 13-inch Lenovo LaVie Z HZ750 is an extremely skinny and light touchscreen laptop that doubles comfortably as a tablet, and prices steeply at $1,500 (£990). 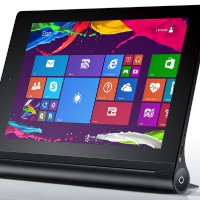 It is time to say goodbye to your stylus!

You can write with any graphite or metal point larger than 1mm on Lenovo’s Yoga Tablet 2 with AnyPen.

And no need to worry about damaging its 8-inch scratch-resistant touchscreen. 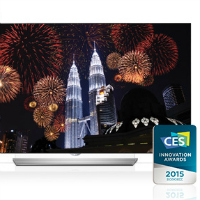 Confused by the jargon? All you need to know is it captures reality better than your eyes.

Japan will likely to enjoy the technology first from 2016 and not until 2018 for the rest of the world. 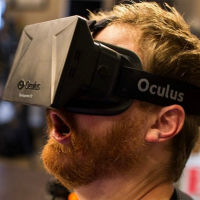 What we learned at CES is that virtual reality is just as important as actual reality.

Put on the Oculus Rift headset and enter a world of sonic waves that will heighten your senses to a new level. We are promised a consumer launch this year.

Mad Catz brings you the ultimate gamepad. The L.Y.N.X.9 can transform from a standard controller to a customised device for tablets and smartphones. Get it now for $300 (£200). 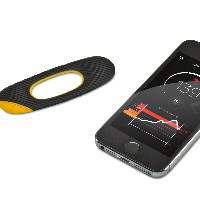 With better designs and looks, wearables are ready to rock fashion. Add sophistication to your style with Withings’ Swiss watch-styled Activité Pop.

At $150 (£99), it is equipped with a standard fitness tracker and a silicone strap available in three colours.

It can even wake you up in the morning and automatically set new time zones.

Run with a Band-Aid; FitLinxx’s AmpStrip is made for your torso and monitors your heart rate. The beginner’s set with 30 adhesive strips and a charger will be available at US$150 (£99) in July 2015.

Not incredibly exciting but the Nikon D5500 does impress with its first touchscreen SLR. 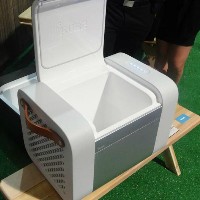 Who needs tangle-free headphones when you can own a pair of wireless earbuds for just US$299 (£198)? Of course, the Bragi Dash is noise-cancelling and touch-enabled.

Let your mood guide your speaker as Bang & Olufsen’s BeoSound Moment knows your feelings better than your partner.

It plays music from your collection according to your mood and environment. They hit B&O stores from end of January 2015 at £1,795.

Music and booze all-in-one, Kube is the only thing you need to keep your drinks cool and the party alive with your music at a premium sound quality. 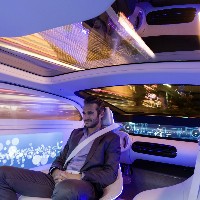 Driverless mobility is the hype of 2015. The only car on everyone’s lips is the Mercedes Benz F 015 Luxury in Motion concept car.

It boasts a futuristic exterior and luxurious interior. Runs entirely on electric power, it is capable of covering 700 miles.

It is a concept for now, but one that sends a strong message to Google – we can make one too and it looks way cooler. 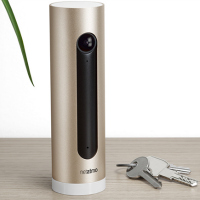 The current product preview only shows capability with Windows and Android.

Its infrared sensor allows it to fully function at night. They will arrive stores in summer 2015.

There are two more tech jargons that will be buzzing in 2015. The first is the Internet of Things, connecting home and personal devices with wireless technology; and 3D printers – consumer-friendly machines that can print anything from pizza to an iPhone.

As gadgets continue to integrate into our daily lives and gain popularity among different age groups, the latest development in technology has become relevant for everyone.

Stay tuned as we keep bringing you exciting updates of 2015, the year of tech!

Scarlett is an avid writer and pianist. Originally from Hong Kong, egg tart is her cure for homesickness. She loves music and film, enjoys travelling and watching sports. Her motto is “Take a leap, chase your dream, eat more cream.”
Nike ‘Back to the Future’ Power Laces are coming
Top 5 Upcoming Smartphones in 2015