The Amazing Dances of India

India is home to an extraordinary number of dance forms specific to her multifarious jumble of cultures and people. With dance ingrained in everyday Indian life, DESIblitz looks at some of the nation’s amazing dances.

With an impeccable history, the Indian dance scene has evolved and become multifaceted.

Did you know that each state of India can boast of having at least 4 to 5 different traditional dance forms?

With 28 states, this number tally’s up to 140. But then we forgot to add the folk dances or the classical dance forms of India. But what about the contemporary dance forms practiced in India today?

Add all these up and the number won’t come to less than 300! Several hundred highly stylised and structured dance forms are not bad for a land of Maharajas and snake charmers.

Indian dances have not restrained themselves to the confines of a stage or an auditorium. They are in your homes, your television, even your own marriage! Come to an Indian wedding and you will be overwhelmed by the dancing! Not just any kind of dance but Bhangra. 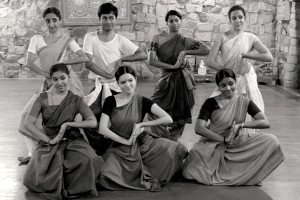 This folk dance deriving from the northern regions of India has become a wedding anthem. Today, professional Bhangra groups are formed to entertain and compete.

So much has this dance form evolved, which was originally performed by farmers to celebrate a good harvest. But did you know that Bhangra was traditionally ‘bagaa’ which is ironically a martial art of Punjab?

Indian dances are filled with such mysteries. With an impeccable history of centuries and millenniums behind it, the Indian dance scene has evolved and become multifaceted. In fact, detailed research have shown that all dances performed in the world right now have emerged from the same idea. They have the same roots.

In ancient India, dances were usually performed for two reasons. To celebrate good harvest, rains, social gatherings such as festivals, and secondly, dance had a very religious purpose of appeasing the Gods in temples by dancing for them.

The modern ballroom dance of the West evolved from the social aspect of dancing with which humans tried to communicate and be joyous in general. On the other hand, highly stylised dance forms such as Bharatnatyam, Odissi, and Kathak evolved from the religious connection of dance. 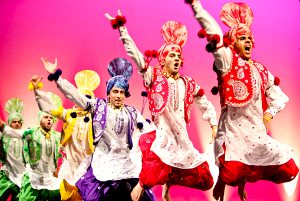 Since the focus of the West was to socialise more, it adopted the ballroom or waltz genre, and India being deeply involved in spiritual well-being, became home not only for stylised spiritual dances like Odissi and Bharatnatyam, but also of folk dances like Bhangra, Tamasha and Bihu.

There are namely 8 classical dances of India that fit this genre because of their definite structured stylisation and intricate details.

Other than this, there are numerous folk dances of India which are region specific and are performed for celebrating harvest or marriages.

Folk dances are a way to communicate joy or a feeling of being blessed and therefore are more undefined, without any detailed structure.

Almost all Bollywood fans will recall the song ‘In Ankho ki Masti’ performed by Rekha in the film Umrao Jaan (1981), or ‘Maar Dala’ performed by Madhuri Dixit in the film Devdas (2002). These dances have been performed for more than 1500 years in temples and the royal courts of India. 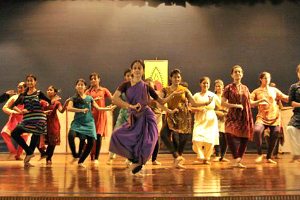 Kathak is a dance which was derived from ‘katha’ or story and, true to its word, this dance is a way of storytelling. The stories are dominated by Indian mythological gods like Krishna and Rama.

Kathak dancers specially wear almost 100 to 200 metal bells on their feet to lay emphasis on the rhythm.

Kathakali dancers from the southern regions even wear costumes as heavy as 17 to 25 kilos! They also have elaborate make-up, for they paint their face with herbal greens and reds and depict stories from the Mahabharata or Ramayana.

Most art enthusiasts may have seen only women performing to these Indian classical dances on stage but there was a time almost 200 years ago when women were not even allowed to lay a glance outside their windows let alone dance!

At that time men used to dress up as women and enact female roles for the audience. One can again observe how tolerant Indian culture has been towards men dressing as women! 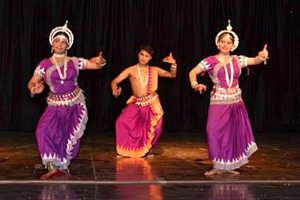 Even today there are dance forms like Bhavai and Gotipua where young boys wear woman’s attire and dance.

Coming back to Bollywood movie buffs, does anyone remember Akshay Kumar in the movie Bhool Bhulaiyaa (2007) going crazy and rambling ‘Ami je tomar, shudhu je tomar’ and the even more crazy Vidya Balan draped in banarsi silk sari and dancing with an elaborate hair-do?

This dance form called ‘Odissi’ was performed in temples and royal courts of the eastern parts of India for almost 2000 years. In fact, India recently made it to the Guinness World Record with 555 Odissi dancers performing together in 2011.

When the legendary Michael Jackson came up with his track ‘Black or White’ (1991), the short 23-second sequence where a petite girl (with another elaborate hair-do and silk sari) matched steps with the King of Moonwalk was also an odissi sequence. That girl was actually a disciple of one of our Indian Odissi gurus.

From dancing on brass plates and knives to setting the world record for the maximum number of spins taken in one minute, Indian dance has everything and anything you can imagine to offer.

Be it the ‘Lungi dance’ done by Shahrukh Khan or the glamorous item number performed by your favorite heroine, each and everything boils down to Indian dance. And when one says that dance here in India is a religion, it is not a mere figurative term to define the earnestness. Indians have their own God of dance, the Nataraja, whom they worship devoutly.

Even legends say that Manipuri people of India are the descendants of ‘Gandharvas’, the celestial beings made for pleasing the gods in heaven with their dance and music. Hindu scriptures talk of dance, legends and folk lore talk of dance, and even Indian gods dance.

With such an illustrious history of Indian dancing, you can be assured that when you are overwhelmed by dancing at yet another Indian wedding, you will not feel annihilated but instead, amused and amazed.

"Dance,dance or we are lost", is what Pina Bausch said. With an extensive training in Indian classical dance and music Madhur is very interested in all sorts of performing arts. His motto is "To Dance is Divine!"
Brit Asia Music Awards 2013 Winners
The History of the Tabla