Aamir Khan goes Back to School in Punjab

Bollywood superstar Aamir Khan has gone back to school to shoot a special film sequence for upcoming biopic, Dangal. Khan is currently on location in Punjab.

"Aamir was thrilled to shoot there."

Bollywood actor, Aamir Khan has taken his film crew to one of the oldest schools in Punjab for a very special shoot.

The actor is currently filming his upcoming project, Dangal, directed by Nitesh Tiwari, in which Aamir plays the legendary wrestling coach, Mahavir Phogat.

Known as The Government Senior Secondary School in Gujjarwal, Ludhiana, the school was built in 1857.

As well as being one of the oldest schools in Punjab, it also boasts Sikh freedom fighter, Kartar Singh Sarabha as one of its former students.

Sources say that the school is an important location for Aamir to film at, and will be the centre of a crucial sequence, which comes as no surprise for the actor whose middle name is ‘Mr Perfectionist’. 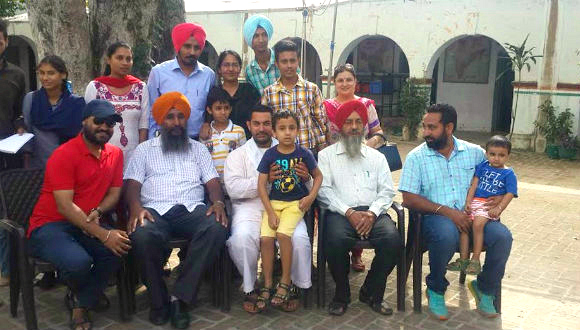 Sources say: “Aamir was thrilled to shoot there. He also met the school’s principal and his family, who were excited to meet him.

“The Dangal team shot in the school for three days last week and will be returning in a few days.”

Khan has been filming across various parts of Punjab since September 2015.

Interestingly, the actor also took a trip to the village of Dango, which happens to be Dharmendra’s ancestral village.

Aamir reportedly spoke to Dharmendra about the upcoming film Dangal, and even promised a special screening for the veteran actor once the film had been completed.

The schedule of the film is thought to wrap up around December 2015. 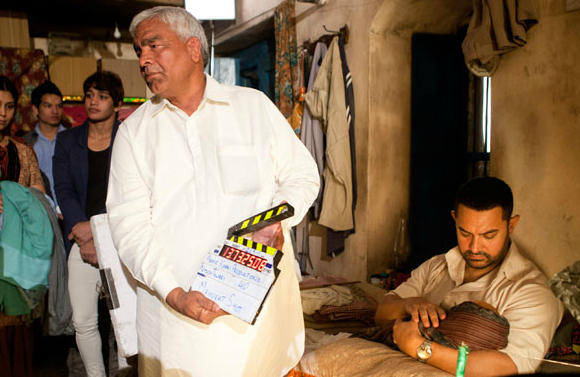 Dangal is Aamir’s next big release after the blockbuster hit, P.K., and he has reportedly put on a lot of weight, 30kg, to get into the right build of his boxing character, Phogat.

The wrestler himself has also been helping the actor get into the character of the role, and was even present for the first shot of the film in September.

Funnily enough, Aamir isn’t the only Khan to be playing a wrestler, Salman is in fact playing one in his next film Sultan, which is due to release in 2016.

But while the two have some common ground to share in terms of roles, sadly, it seems the actors will no longer be supporting each others’ film projects.

Reportedly, the two Khan’s came head to head at a recent Mumbai party, which led to a huge fight and breakup between the two friends.

Aisha an English literature graduate, is a keen editorial writer. She adores reading, theatre, and anything arts related. She is a creative soul and is always reinventing herself. Her motto is: “Life is too short, so eat dessert first!”
Shahid Kapoor and Alia Bhatt are Shaandaar
Tears and Tricks in Bigg Boss 9