Tears and Tricks in Bigg Boss 9

Week 2 in the Bigg Boss 9 house brings arguments, plotting against lovebirds and house rule breakers. DESIblitz rounds up the full week and elimination.

Suyyash decides to trick Kishwer as part of a plan he has concocted with Prince.

Bigg Boss 9 has given the four contestants who are still without their bags a chance to win back their belongings.

But in return Keith, Suyyash, Prince and Diganganga have to bid and and the chosen amount would be taken off the prize money.

Well, Keith was the left without his bag despite being the only one that understands the instructions.

During the luxury budget task, she is at loggerheads with a few fellow housemates, including Rochelle and Keith.

Things go from bad to worse as she takes off her microphone and becomes ill which upsets her further.

Not all housemates are sympathetic, as Kishwer says that she is ‘faking her illness’. 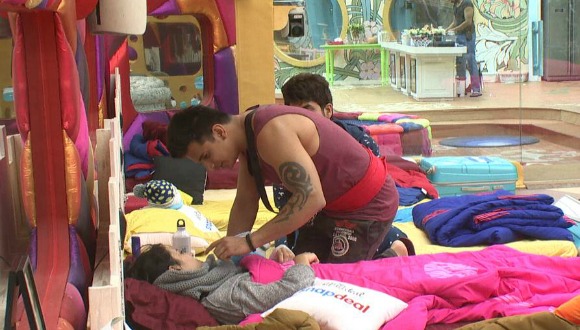 Now, Kishwer may not be a fan, but Prince Narula is in a state of admiration for the ‘firangi’ model.

He is more than happy to shirt his attention away from Yuvika to look after Mandana.

He goes all out trying to cheer her up with his singing and hugging.

Kishwer and Suyyash’s relationship also bears the burden of the task as they are on the opposite sides.

Boyfriend Suyyash decides to trick Kishwer as part of a plan he has concocted with Prince.

His other half reacts badly and this leads to heated words, followed by a steady flow of tears for the two before finally reuniting.

Aman and Kishwer win the task after they successfully keep more money than the rest of the housemates and contenders. 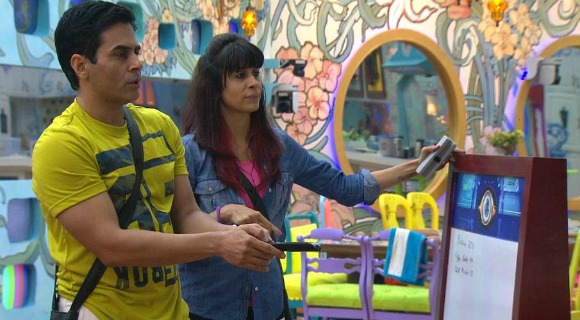 Next captaincy is decided through a tug of war. Kishwer’s team wins and she is voted as head of the house.

This week also sees the contestants get creative with selfie sticks. Split into two groups, the other has to be as disruptive as possible.

Salman Khan is back on the weekend looking pretty dashing, sporting a kurtha and stubble. So what is his burning comments for this week’s shenanigans?

Well, Suyyash is back in Salman’s bad books after he is seen revealing the team’s tactics to his girlfriend Kishwer.

On the other hand, Salman is full of kindness for Keith for understanding all of the tasks and so he rewards him with his luggage. 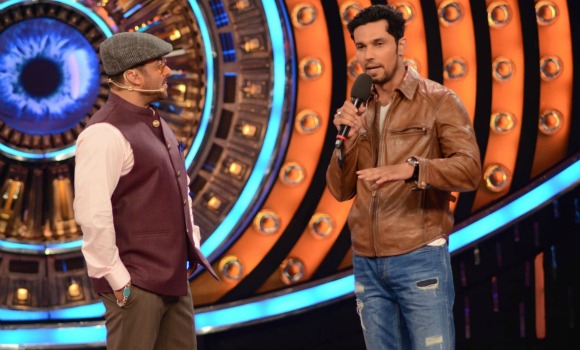 His co-star is housemate Mandana and Randeep expresses his support for his leading lady, saying she is being herself.

Prince Narula is grilled about the comment he makes about Mandana’s illness earlier in the week.

He implies that pregnancy is the reason for her not feeling well, because she has been vomiting!

Maybe he can use the rest of his time in the house to make it up to Mandana as they are declared safe!

It is a family affair on Sunday’s show as Salman hosts some of the contestants’ loved ones on stage.

Rimi Sen starts to shed tears when is told that she has a ticket to the final, saying she will get ‘mental depression’.

It turns out to be a joke and Salman calls her weak! 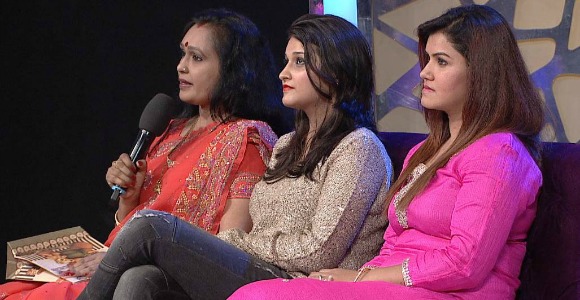 Finally, Roopal is voted out by the audience. Upon her exit, she is tasked with pairing two contestants back together, and guess what? She chooses Suyyash and Prince!

We shall see how the new double trouble pair gets on with each other in the coming week.

Watch Bigg Boss 9 every weeknight from 10.30pm on Colours TV and every weekends from 9pm with Salman Khan.