After lots of speculation, Ranbir Kapoor and Alia Bhatt have tied the knot in a lavish ceremony at Ranbir’s Vastu residence.

“We are all so happy that they are getting married"

Ranbir Kapoor and Alia Bhatt have married in a lavish, but intimate ceremony.

The Bollywood power couple tied the knot at Ranbir’s Vastu residence in Mumbai.

Ranbir and Alia have been in a relationship since 2018.

There has been a lot of speculation about the wedding. This ranged from their outfits to wedding guests.

There was even speculation that the wedding was postponed, however, the rumours have been busted with news of their marriage.

The two-day festivities began on April 13, 2022, and included the pooja and mehendi ceremonies.

One apartment in Vastu was decorated with lights for the event. 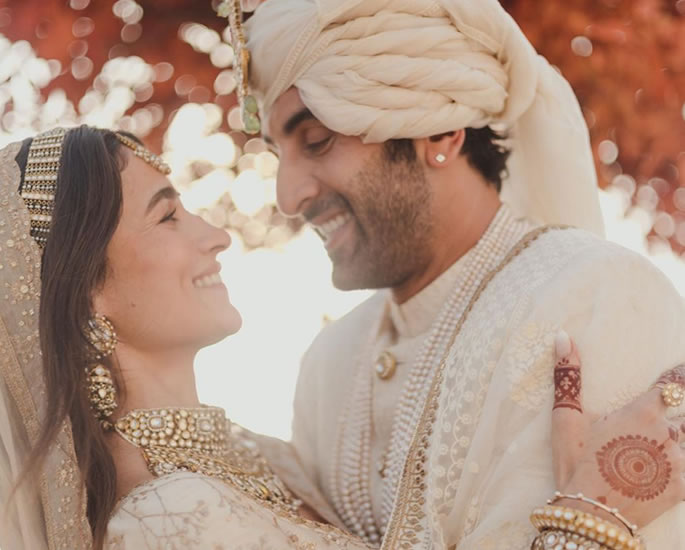 The wedding was reportedly a traditional Punjabi ceremony in front of family members and close friends.

It was reported that approximately 50 people attended the wedding.

This included the likes of Kareena Kapoor, Saif Ali Khan and Karan Johar, who arrived in shades of pink.

Their friends wore gold and white as part of the wedding’s theme. 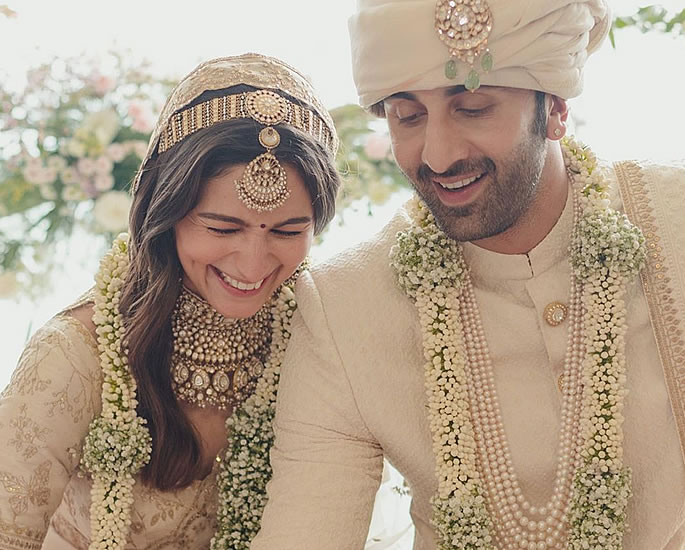 Ranbir Kapoor and Alia Bhatt wore matching cream outfits for their wedding, with Alia’s gown reported to be designed by Sabyasachi.

The newlyweds made their first appearance as husband and wife, posing for photographs.

In a statement, the couple said:

“Today, surrounded by our family and friends, at home… in our favourite spot – the balcony we’ve spent the last 5 years of our relationship – we got married.

“With so much already behind us, we can’t wait to build more memories together… memories that are full of love, laughter, comfortable silences, movie nights, silly fights, wine delights and Chinese bites.

“Thank you for all the love and light during this very momentous time in our lives.

“It has made this moment all the more special. Love, Ranbir and Alia.” 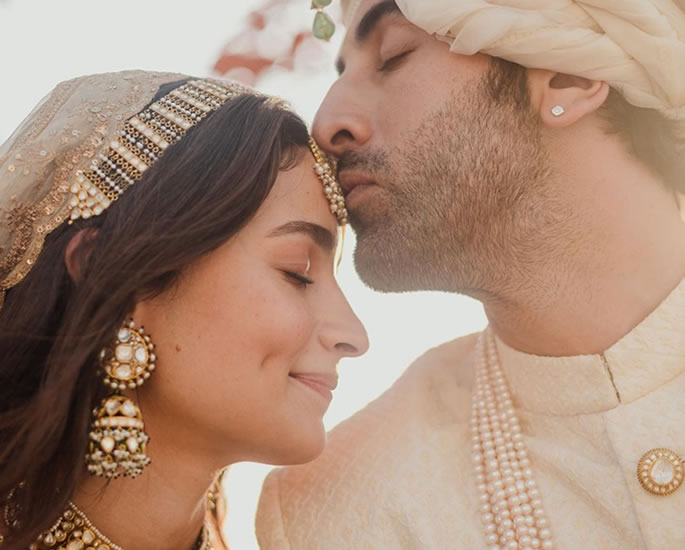 Following complaints from neighbours that “media invasion has been dangerous”, security measures were amped up outside the venue.

Security guards had been outside the apartment. This included police officers and the couple’s private security.

Officers helped clear a passage for the guests as they were repeatedly blocked by the paparazzi.

An officer said: “We have put police security in an attempt to maintain law and order as well as controlling the crowd at the venue, where the wedding of the couple is scheduled.”

Another security measure that was reportedly in place was that stickers were put on phones belonging to security officers in a bid to prevent any pictures from leaking.

Some of the guests also arrived with their car windows covered with white cloth. 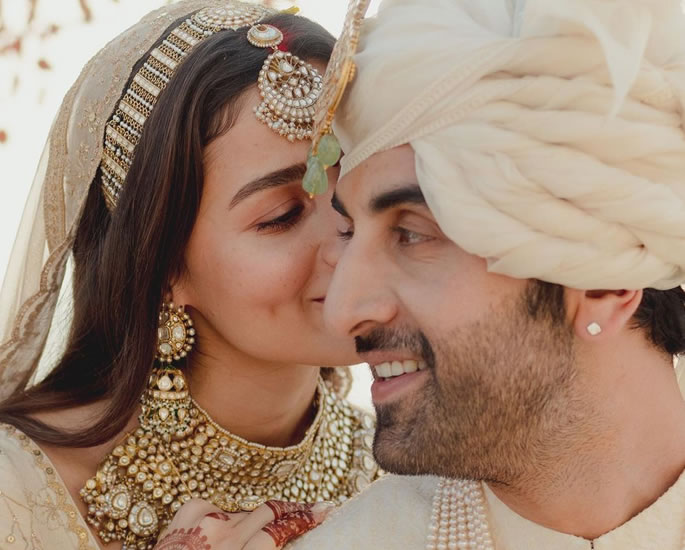 The wedding took place just a few weeks before the second anniversary of Rishi Kapoor’s death. Randhir Kapoor spoke about missing his brother.

He said: “We are all so happy that they are getting married today.

“It is a very happy and joyous moment for us. To be honest, everyone is emotional today as well.

“It is a big day for the family, and Chintu should have been here.

“We miss him every day, but today we are missing him more.”

“But life goes on. It is nice to see Ranbir and Alia starting this new chapter.

“Hope Rishi would have been here to witness this moment. I am missing him so much today.”

While the wedding was an intimate affair, Ranbir Kapoor and Alia Bhatt are expected to host a grand reception at a lavish hotel in Mumbai for their fellow Bollywood stars.

The likes of Deepika Padukone, Vicky Kaushal and many more are expected to attend the reception.

Dhiren is a journalism graduate with a passion for gaming, watching films and sports. He also enjoys cooking from time to time. His motto is to “Live life one day at a time.”
Priyanka Chopra Speaks about How She’s Raising Daughter
Mandana Karimi reacts to Ali Merchant calling her ‘Gold Digger’