KJo is seen shaking a leg to Kareena Kapoor’s item song in the promo for the ninth season of Jhalak Dikhhla Jaa. DESIblitz reports!

Karan Johar, not only one of the biggest directors in Bollywood is also judge of the famous Indian dance show Jhalak Dikhhla Jaa. For a promo of the show, he is seen dancing in it.

KJo sets the stage on fire, showing off his his signature dance moves.

The entire cast of Jhalak Dikhhla Jaa are seen. Including the co-judges, anchor Manish Paul, the contestants and the audience who are enjoying KJo’s spectacular performance.

Jacqueline Fernandez, loves every move and laughs away, admiring KJo as he shows off his ‘thumkas’. 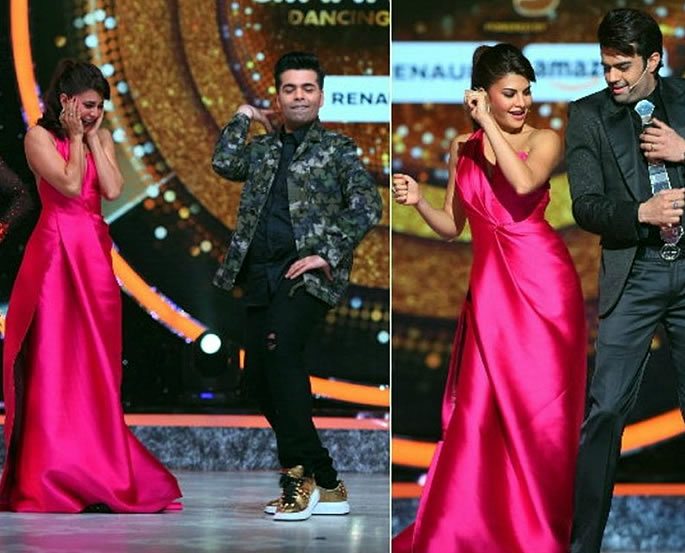 His ‘thumkas’ tell his fans that he’s more than just a producer; he’s a dancer and certainly an entertainer too.

Karan Johar has been the judge for Jhalak Dikhhla Jaa for the last three seasons and now will be back for the fourth.

Celebrities partner with professional choreographers and dancers, and performing in front of the judges and audience.

The promo has already generated huge enthusiasm amongst fans as the ninth seasons looks very promising. Not only does KJo’s dance steps excite his fans but the revelation of the contestants has further heightened the excitement.

Most of the contestants are faces from different TV series’ on the channel Colors.

Jhalak Dikhhla Jaa is airing on Colors for the ninth season now.

Tahmeena is an English Language and Linguistics graduate who has a passion for writing, enjoys reading, particularly about history and culture and loves everything Bollywood! Her motto is; ‘Do what you love’.
Tru-Skool Makes the Mainstream UK iTunes Chart
Jhalak Dikhhla Jaa 9 is Back with a Bang!