Kangana Ranaut has slammed Karan Johar after a statement was issued over Kartik Aaryan being dropped from the upcoming film ‘Dostana 2’.

"Leave him alone you vultures, get lost"

Kangana has sent a strong message to Karan Johar following a statement about Dostana 2.

The filmmaker’s banner Dharma Productions had announced that Kartik Aaryan would no longer be in the film and that the role was being recast.

Kangana reacted to the official statement and also told Karan not to go after Kartik, adding not to force him to take his own life like Sushant Singh Rajput.

She wrote on Twitter: “Kartik has come this far on his own, on his own he will continue to do so, only request to papa jo and his nepo gang club is please leave him alone like Sushant don’t go after him and force him to hang himself.

“Leave him alone you vultures, get lost chindi nepos.”

Kangana continued: “Kartik doesn’t need to be scared of these chillars… after doing nasty articles and releasing announcements blaming only your attitude for fall out this moron wants to maintain a dignified silence.

“They spread same stories of drug addiction and unprofessional behaviour for SSR also.

“Know that we are with you, the one who did not make you can’t break you either, today you must be feeling lonely and targeted from all corners.

“No need to feel so, everyone knows this drama queen JO, you will do very well dear, trust your instincts and be disciplined. much love.”

Kartik has come this far on his own, on his own he will continue to do so, only request to papa jo and his nepo gang club is please leave him alone like Shushant don’t go after him and force him to hang himself. Leave him alone you vultures, get lost chindi nepos… https://t.co/VJioWHk38i

Kangana’s thread of tweets went viral and some netizens pointed out similarities between Kartik’s situation and Sushant, who was allegedly a victim of nepotism.

Social media users claimed that Kartik is being targeted for not being an established Bollywood celebrity’s child. 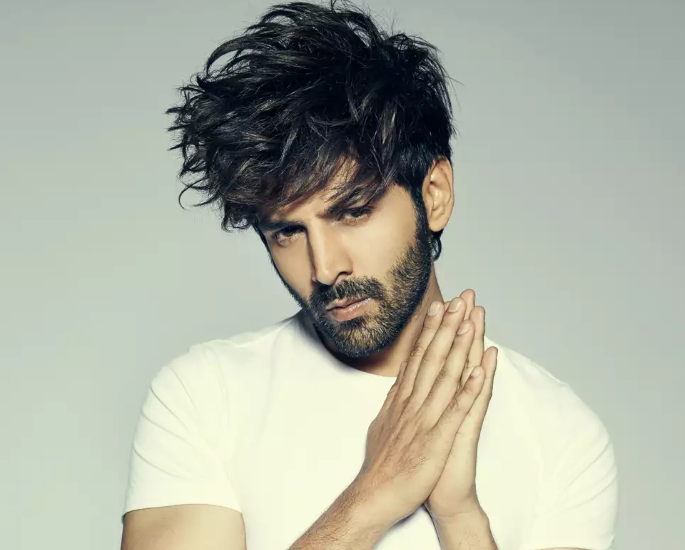 One user wrote: “You are doomed Dharma. Kartik had completed the first stretch of the schedule and since 1.5 years putting up posts and appearances of the shooting schedule.

“One more time you did this to an artist out of hundreds probably behind the closed doors.”

“Try selling this film to the audiences who are still interested in this nepo and favouritism crap.

“Whatever chances you had for the movie that’s gone too. Kartik won’t be another Sushant we won’t let that happen.

“Sushant’s case was a different one nobody was aware of his trauma back then but time has changed. Boycott.”

One person commented: “Please tell us which star kid you will be casting, very dignified indeed.”

One netizen alleged: “Karan Johar is the flagbearer of nepotism in Bollywood.”

Dhiren is a journalism graduate with a passion for gaming, watching films and sports. He also enjoys cooking from time to time. His motto is to “Live life one day at a time.”
Shanaya Kapoor unveils Title of Bollywood Debut?
Ajay Devgn to star in remake of BBC crime series ‘Luther’?