India’s pollution levels are dangerously high. New research has found that it is so bad it is shortening life expectancy.

"I've seen things getting only worse"

A new study by the University of Chicago has found that India’s pollution is so bad, it now threatens life expectancy.

When it comes to rankings of global pollution, Indian cities dominate time and time again.

In India, millions of people are facing levels of pollution that are more extreme than anywhere else in the world.

The levels of pollution in North India are so high that people there are breathing in levels that are 10 times higher than anywhere else in the world. Other parts of India are also starting to suffer from these higher levels.

Over a million people are killed every year because of bad air.

Those living in Northern India could lose up to nine years of their life expectancy if pollution levels remain where they are.

The University of Chicago conducted the research and The Energy Policy Institute report contained their findings. 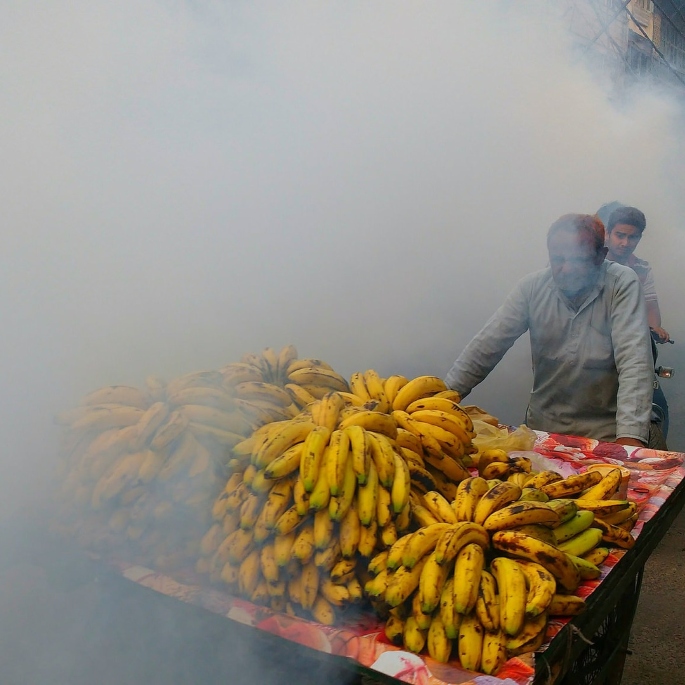 The World Health Organisation (WHO) guideline states levels should be at 10 µg/m³.

These include dust, soot and smoke particles that are hanging in the air. When these are in the air, they enter a person’s respiratory system along with oxygen and travel down into the lungs.

Here they can irritate, inflame and even block the airway.

This increases a person’s chance of being diagnosed with lung disease and possibly even cancer. Particles can also enter the bloodstream.

This will constrict and inflame blood vessels which can lead to heart attacks or strokes. The brain’s white matter can be damaged and this has been linked to dementia and Alzheimer’s. 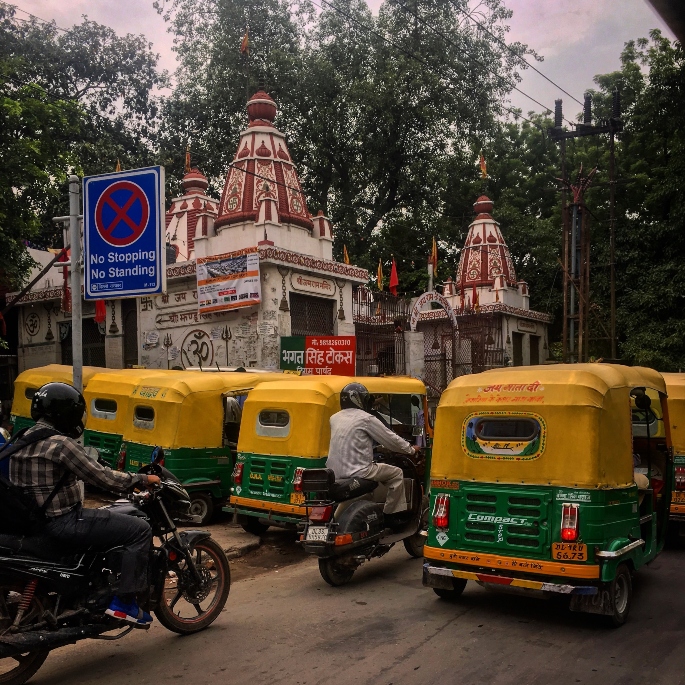 The University of Chicago said as time has passed, the pollution has moved from North India. It has spread to central and Western Indian states including Madhya Pradesh and Maharashtra.

Compared to 2000, those living there are losing between two and a half to three years life expectancy.

India, Pakistan, Bangladesh and Nepal together account for almost a quarter of the world’s population.

However, these countries also consistently appear in the list of the top five most polluted countries globally. Since the early 2000s, the number of vehicles on the road in India and Pakistan has multiplied by four.

In India, Pakistan, Bangladesh and Nepal, combined electricity generation from fossil fuels tripled from 1998 to 2017.

Professor Michael Greenstone at the University of Chicago said:

“Air pollution is the greatest external threat to human health on the planet.”

“That is not widely recognised, or not recognised with the force and vigour that one might expect.

“Due to South Asia’s high population and pollution concentrations, the region accounts for 58% of total life years lost due to particulate pollution exceeding the WHO guideline.”

The concentration in the cities of Allahabad and Lucknow is 12 times the WHO’s guideline. Residents here could lose up to 11.1 years of life expectancy if this doesn’t change.

Along with vehicles and fossil fuels, industrial activities, brick kilns and crop burning has also added to the rising levels of pollution. Since 1998, annual particulate pollution has increased by 15%. 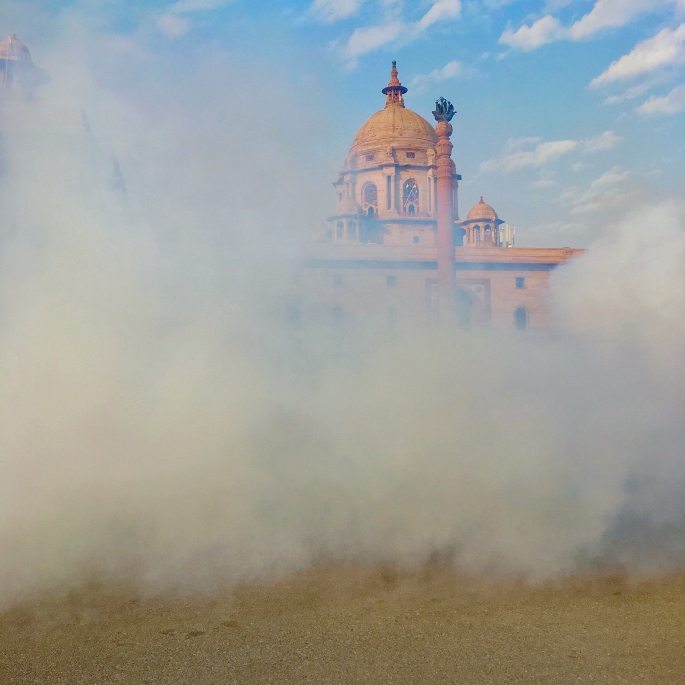 IQAir is a Swiss group that measures the levels of air quality based on lung-damaging particles. They found New Delhi to be the world’s most polluted capital for the third time in a row in 2020.

There was a decrease due to the Covid-19 pandemic lockdowns that led to the cleanest air in a long time. Unfortunately, by the winter levels were increased again.

This was due to neighbouring states including Punjab and Haryana burning farm residue, causing toxic air.

Forty per cent of the population are exposed to the highest pollution levels globally.

In North India, 510 million people will lose an average of 8.5 years of life expectancy if India’s pollution levels remain the same.

Karan Singh, a 26-year-old who lives in Delhi, said:

“The pollution problem in India has been a headache for most Indians in metropolitan cities.

“I have a background of New Delhi and I have been here since 2019. I’ve seen things getting only worse than better.

“This problem should be dealt with by taking it as a national emergency as children and newborns are super vulnerable. Such pollution levels can take a chronic toll on their health.”

Just days before the new report came out, Delhi’s Chief Minister Arvind Kejriwal unveiled a smog tower. It is based in the central business district of Connaught Place.

The tower is 24 metres tall and is said to be able to clean around 1,000 cubic metres of air per second. The CM said that the project would be evaluated after two years.

More towers could then be installed but environmentalists have criticised the move. They say it will work to clean air in the close vicinity but nothing else.

Vivek Chattopadhyaya, who is from a Delhi-based Centre for Science and Environment, said:

“These smog towers are definitely not going to work and also it is a futile exercise.”

“First to let the pollutants get emitted from many sources and then trying to capture it through smog towers.

“It would be useful if they install pollution control devices. This will cut down the emissions at the source so that they don’t get released in the atmosphere.

“Because once it is in the atmosphere, it is difficult to do anything.” 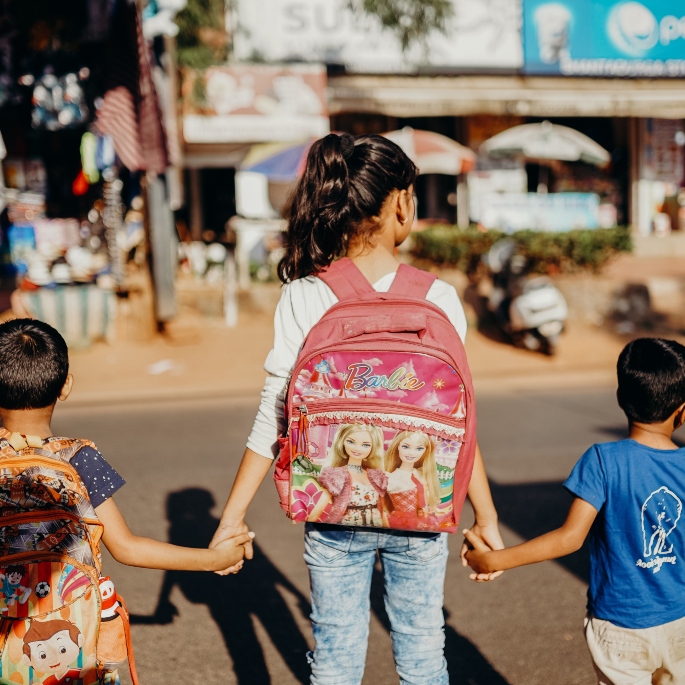 Sanjana Malhotra, a 22-year-old from Punjab is worried about what is to come and said:

“My personal struggles with India’s pollution have been quite disheartening. Especially during the time of festivals here, the roads are jam-packed with long traffic.

“With all this burning fuel, the high rise in pollution also causes allergies.

“Especially after the festival of Diwali as almost every household conducts fireworks at their homes or localities.

“It takes over a month for the country to get back to a breathable condition of air quality.”

The high levels of air pollution are also causing problems for the younger population.

Children in Delhi were found to have more asthmatic and allergic symptoms than children in places with lower pollution.

The research was done by the Lung Care Foundation and Pulmocare Research and Education Foundation.

They concluded that one in three children in Delhi were asthmatic and more than 50% have allergies.

“This study is an eye-opener. It has shown an unacceptably high prevalence of respiratory and allergic symptoms, spirometry-defined asthma, and obesity in Delhi children.

“Air pollution is the probable link with all three.”

“It is high time that the air pollution issue in Delhi and other cities are settled in a systematic manner to save the future of our children.”

In July 2021, a study on pollution was published in the journal Nature Sustainability. It found that the richest people in India contributed the most to air pollution levels but it was the poorest that suffered the most.

They created a pollution inequity index. This measured the number of premature deaths against the amount of air pollution contributed.

There were 6.3 premature deaths in the top 10% of highest earners and 54.7 deaths in the poorest 10%, a shocking nine times higher. 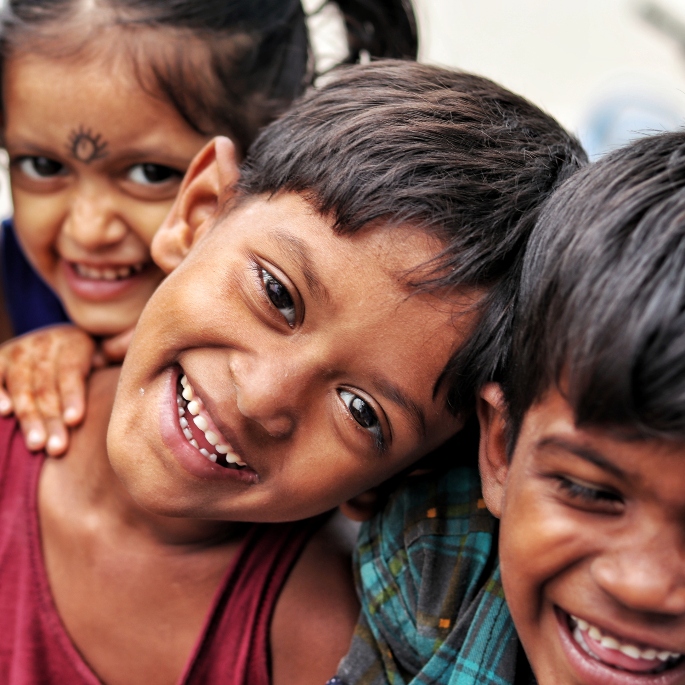 If the levels of air pollution in Delhi are reduced to meet the WHO guidelines it will make a huge difference.

The report cited China as an example of a country that has made a difference through effective policy change.

Since 2013, they have reduced their particulate production by 29%, a sharp reduction in pollution.

The Indian government has made policy changes to try and combat the problem such as the 2019 National Clean Air Programme. The aim of it is to reduce dangerous particulate pollution in the country by 20-30% by 2024.

It is working to cut vehicular exhaust and industrial emissions as well as creating stricter rules around transporting fuels and reducing dust pollution.

The University’s report took this policy into consideration whilst conducting their research and said:

“Achieving these goals would have a major impact on the life expectancy levels of Indians.

“It would increase the national life expectancy level by nearly two years, and three-and-a-half years for residents of Delhi.”

“I believe that controlling a population of a quarter-billion is already a huge challenge for the government.

“The citizens should be educated about all the ways to reduce pollution in our daily lives.”

“It should be our duty to maintain the air quality. Further regulations should be put on industries where any type of ecosystem is being harmed.

“The government already has its plate full with Covid-19.

“We cannot keep blaming them when we are not doing anything to combat the problem ourselves. I am confident that things can and will get better in the future.”

The Indian Government is making a lot of plans to tackle the problem of India’s pollution in the future.

People are being encouraged to buy more electric vehicles and will be offered tax breaks in an incentive to increase sales.

This is a great idea but as the research states, there is a long way to go to bring the levels down to the appropriate guidelines.

The country is already suffering from the Covid-19 pandemic.

More must be done to tackle the problem of pollution that ensures that present and future generations are able to live long and healthy lives.

Dal is a Journalism graduate who loves sports, travelling, Bollywood and fitness. Her favourite quote is, “I can accept failure, but I can't accept not trying,” by Michael Jordan.
7 Fitness & Diet Secrets of Bollywood Stars
5 Ancient Beauty Practices from India